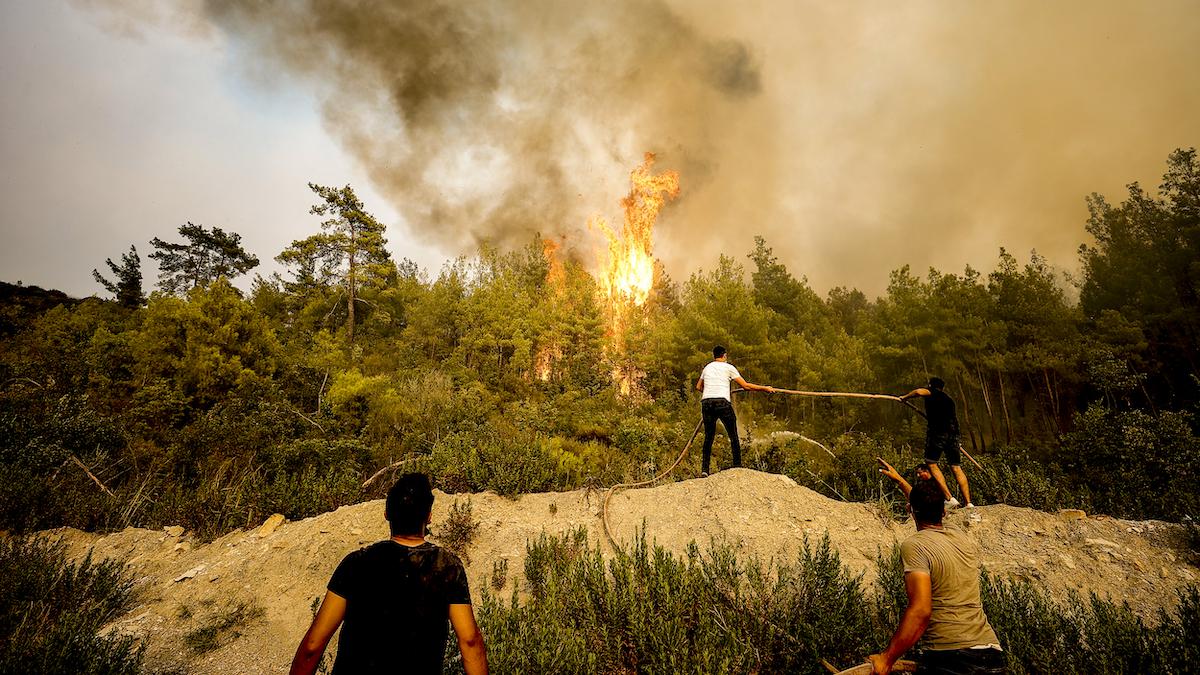 In recent days, now-houseless survivors of Oregon’s Bootleg Fire surveyed their incinerated communities, dozens huddled in a Colorado tunnel seeking shelter from a mudslide, and across the Eastern Hemisphere fires and landslides forced evacuations and took lives.

These, and other, impacts of human-caused climate change come as the U.S. Senate considers an infrastructure package largely stripped of its initial ambitions to combat climate change.

In Colorado, mudslides set off by three days of heavy rainfall cascaded down a mountainside burned by the Grizzly Creek wildfire last year. The compound disaster blocked portions of I-70 with boulders and stranded motorists, including more than 100 forced to remain in their cars overnight.

Wildfires, fueled by dry heat linked to climate change, are also raging around the Mediterranean including on the Italian peninsula and in Sicily. In Turkey, “The animals are on fire,” Kacarlar resident Muzeyyan Kacar told CNN; at least eight people have died in the more than 100 fires across the country. Wildfires and extreme heat also prompted closures and evacuations across Greece.

“Welcome to global warming!” George Papabeis, a Greek-American tourist in Athens told Reuters. Farther East, at least seven people were killed in a landslide in northern India set off by heavy monsoon rains. “I am 58-years-old and I have never seen such a severe flood in my life,” Ved Prakash, a resident of Rajouri, told Reuters.

As reported by Truthout:

” …infrastructure negotiations have done more to frustrate Democratic lawmakers and progressive movements than to give them something to celebrate. Progressives have been saying for months that they wouldn’t support a bill that didn’t sufficiently address the climate crisis, adopting the mantra “no climate, no deal.”

The sharp cuts to climate provisions in the bipartisan deal are a sharp contrast from the $10 trillion climate, justice and infrastructure bill that progressives had introduced earlier this year, called the THRIVE Act. The bill aims to reduce emission while boosting justice initiatives over the next decade, and climate advocates have lauded it as one of the only proposals in Washington that comes close to matching the scale of the climate crisis.