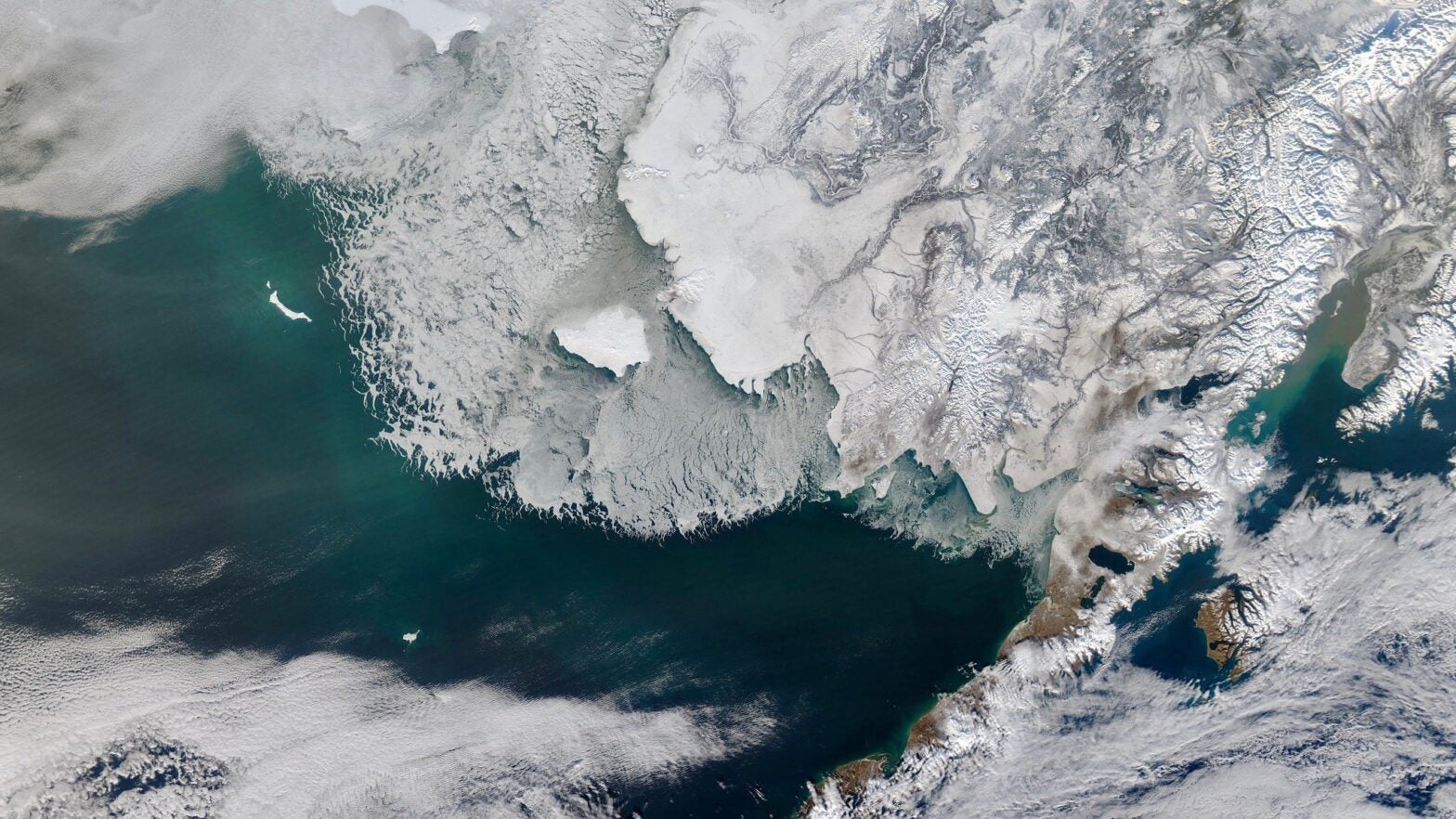 A lethal virus that killed tens of thousands of harbor seals in the northern Atlantic in 2002 suddenly spread to sea lions, seals and otters in the northern Pacific Ocean two years later, confusing scientists, as NBC News reported.

How could the pathogen that causes a measles-like disease in marine mammals that had only been found on the Atlantic coasts suddenly have spread to the Pacific?

“We didn’t understand how a virus from the Atlantic ended up in these sea otters. It’s not a species that ranges widely,” said Tracey Goldstein, a scientist at the University of California Davis who investigates how pathogens move through marine ecosystems, as National Geographic reported.

Goldstein and her colleagues looked at 15 years of data and realized that the spike in the virus was commensurate with Arctic sea ice loss. The data, published in a new study in the journal Scientific Reports, finds that the loss of Arctic sea ice allowed otters and other mammals to move west and spread the virus. The study shows that global heating is opening new avenues for diseases to spread, as National Geographic reported.

“The loss of sea ice is leading marine wildlife to seek and forage in new habitats and removing that physical barrier, allowing for new pathways for them to move,” said Goldstein in a press release. “As animals move and come in contact with other species, they carry opportunities to introduce and transmit new infectious disease, with potentially devastating impacts.”

The rapid loss of sea ice is creating a fertile breeding ground for viruses as animals travel to areas they have never been before. The phenomenon was first observed 17 years ago.

“It was a perfect storm in 2002,” said Goldstein, as NBC News reported. “It was the lowest ice year on record at the time, and at the same time, in August and September, there was a really large outbreak.”

To study the outbreak, the researchers took blood and mucous samples from seals, sea lions and otters from arctic and subarctic areas, from southeast Alaska to Russia. The swab samples allowed the scientists to determine which populations had been infected with the Phocine distemper virus, or PDV, and which specific strain they had been exposed to, as NBC News reported.

PDV is a common canine virus that vets vaccinate for. It spreads easily when an animal comes into direct contact with an infected animal. The virus manifests in seals much like the canine version does in dogs — goop discharged from the eyes and nose and a fever. With marine mammals, it also leads to erratic swimming, according to National Geographic.

“The virus has been shown to spread pretty easily between marine mammals,” said Shawn Johnson, the vice president of veterinary medicine at The Marine Mammal Center in Sausalito, California to National Geographic. Since so many marine mammals migrate north, “the Arctic could be a perfect melting pot for transmission of the disease,” Johnson said.

Not only is the changing landscape of the Arctic allowing animals to travel further, animals that need to travel farther for food will experience extra stress and exhaustion, which will weaken their immune systems and leave them susceptible to disease, Goldstein told National Geographic.

“When we see these changes happening in animals, we can’t ignore them, because the impacts on people and the planet are not far behind,” said Elizabeth VanWormer, the study’s lead author, as NBC News reported. “This shows how interconnected these things are — the health of people, animals and the planet.”