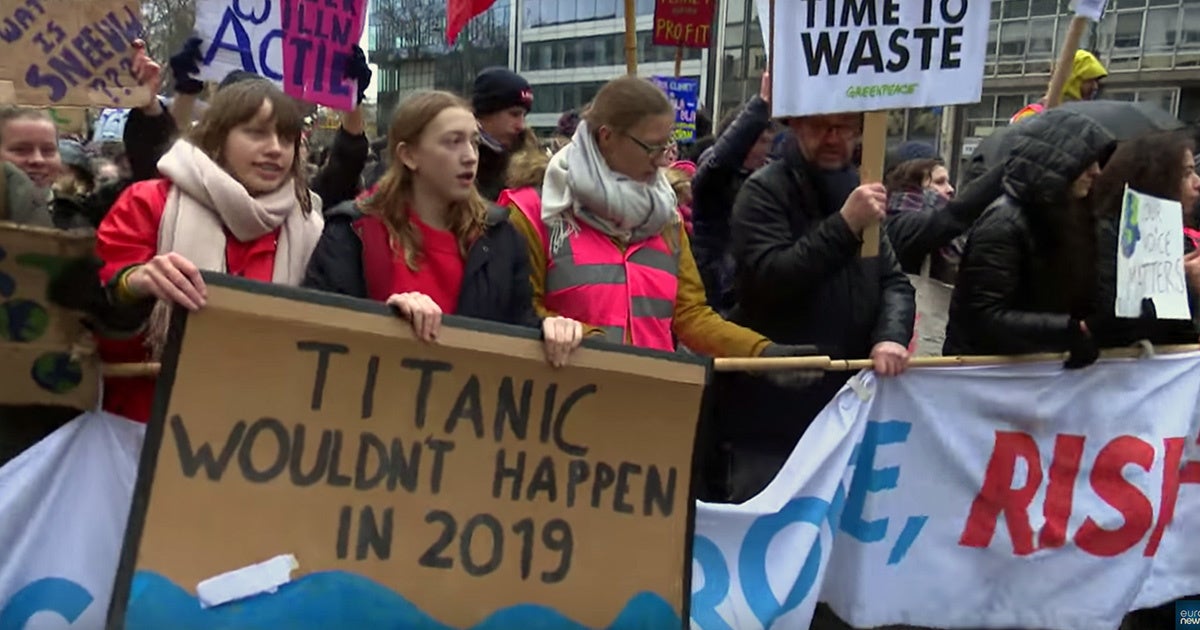 At least 80,000 people marched in a cold rain in Brussels Sunday in another massive protest demanding that the European Union take urgent and far-reaching action to address the world’s climate crisis.

Sunday’s march was the fourth climate march in the past three weeks—each one significantly bigger than the last—as students across Belgium and other European countries have skipped their high school and college classes in order to shame those in power who refuse to move urgently. 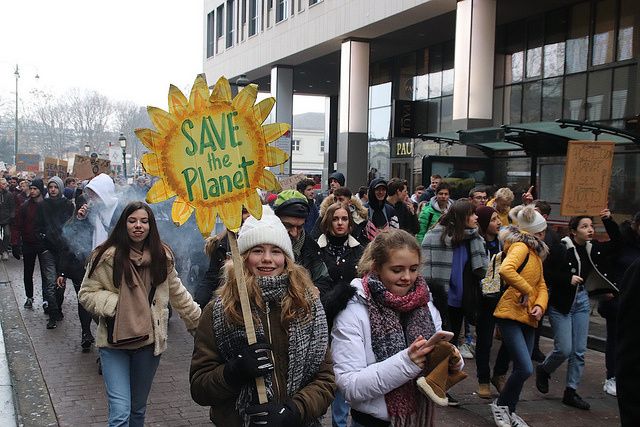 “The objective of the march is to challenge the Belgian government as well as the heads of state and government who will attend the European Council summit in Brussels on 21 and 22 March,” Larry Moffett, one of the organizers of Sunday’s march, told the Brussels Times. “The march participants will call on them to meet the target of a 65 percent reduction in greenhouse gas emissions by 2030.”

In France, organizers said more than 80,000 people demonstrated in French towns and cities on Sunday. An online petition they set up on the issue—at laffairedusiecle.net—has already gathered more than 2.1 million signatures and organizers want to hit three million. “Onions, not concrete,” and “Less consumption, more butterflies” were among the messages on placards at a demonstration in central Paris.

The climate strike movement grew out of a direct action by Greta Thunberg, a 15-year-old climate activist from Sweden who skipped school in September to hold her own demonstration outside Swedish parliament. On Friday, an estimated ten thousand students took to the freezing cold streets of Berlin, Germany as they added their voices to the growing youth-led climate global uprising.

The Brussels event was described as Belgium’s biggest climate march ever. Trains from across the nation were so clogged that thousands of protesters failed to reach the march in time and organizers had to begin the march early to ease the congestion.

The march ended at the headquarters of the European Union.

"When I grow up, I'd like to be alive". This is both cute and heartbreaking @ Brussels #climatemarch #RiseForClimate pic.twitter.com/0Y6N0sB5Om

70.000 people in Brussels are on the march to #ClaimTheClimate ? pic.twitter.com/atxOy8OZJt