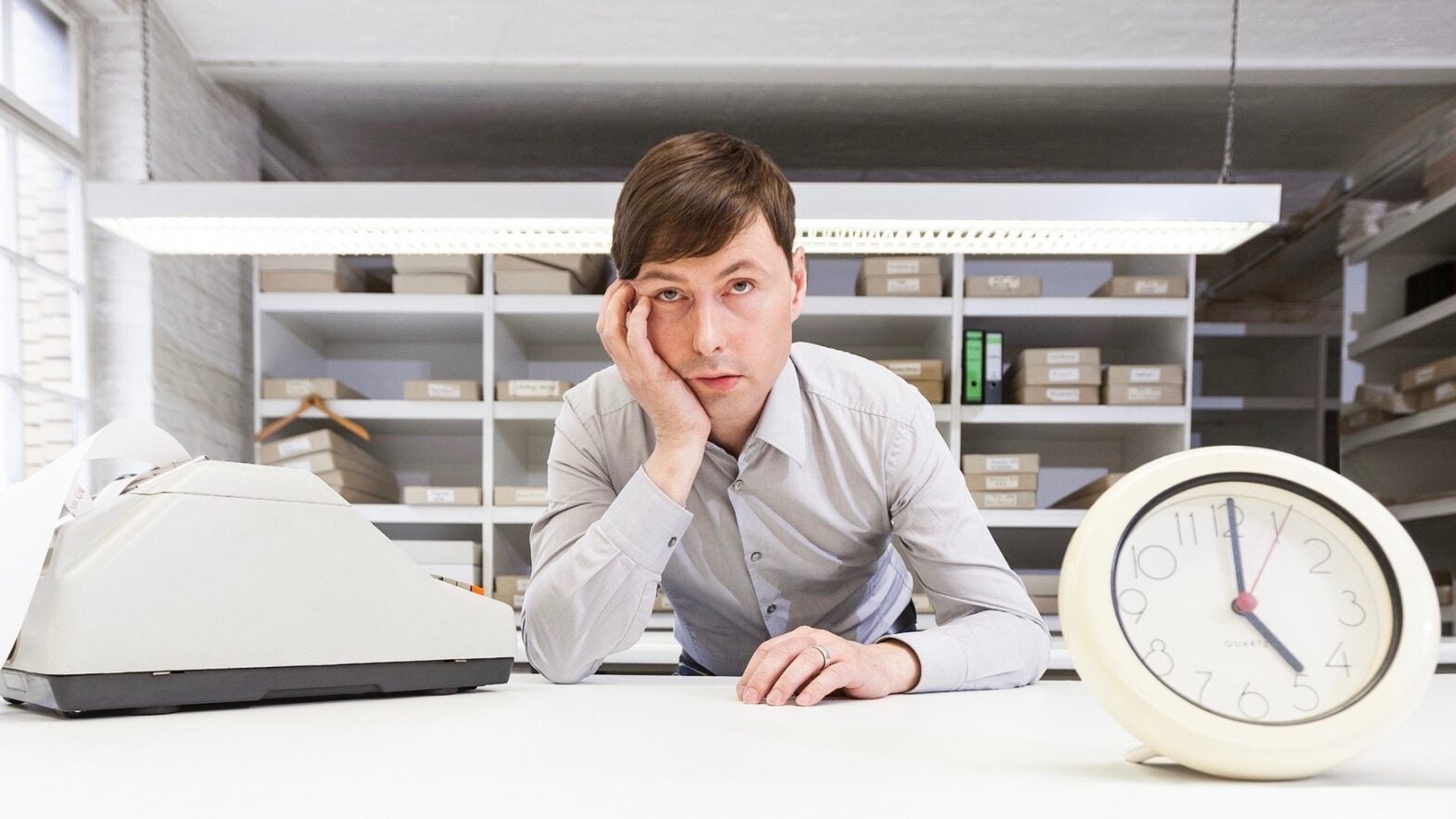 As the clock drags on, a worker anxiously awaits the end of his working day. TerryJ / E+ / Getty Images

Take work, for example. Work can be “shit” or it can be good. Sociologists and psychologists have developed various frameworks to explain what makes a job good or bad. And we’ve identified a few common factors. A good job is socially useful, it provides material security, it is varied and creative, and it offers us a degree of autonomy. A shit job does nothing for society, fails to help us meet our material needs, is repetitive and offers little autonomy.

The characteristics of shit jobs often come from chasing productivity growth. Productivity is a term economists use, which refers to the amount of output you get from a set of inputs. Usually the output is measured in terms of money. Your boss cares how much profit they make from your work. The government cares how much money you generate for “the economy.” Productivity growth is the process of squeezing the inputs to get more outputs. Squeezing you to get more profit for the same salary.

Since Adam Smith in the 18th century, economists have known that productivity growth is improved by making jobs more specialized. This might make us more productive, but it often also makes work shit. Specialization means spending as much time as possible doing the same thing in the same way. Specialization is death to autonomy and creativity.

Economists have also known this since Smith. Smith himself wrote that specialization would make us more productive but also more stupid.

Specialization is also death to social purpose and leads to alienation from our work – something Karl Marx warned of in his critique of capitalism. Most of us are now so specialized that we don’t get to see the end product of our work. We probably don’t even know how the thing we make or service we provide ends up being used.

In the modern economy, the production of even the simplest product has many steps, spread across many countries. Production of a t-shirt involves growing, cutting, dyeing and sewing cotton. But it also involves the production of fertilizer to grow the cotton, the mining of metals to build machinery to process the cotton, the extraction of oil to power the ships that transport the cotton around the world, and many more such steps. The whole system is unfathomably complex. So your work could be socially useful, but how on Earth would you know if you don’t see the end product?

So why chase productivity? One reason is money. Productivity growth measures monetary value. This means that making money is the priority.

Productivity growth keeps us chasing the production of stuff we don’t need. Profit goes up when more stuff is sold. As William Morris, the famous designer and activist, put it, profits are maintained by the production of a “mountain of rubbish … things which everybody knows are of no use.”

Chasing productivity growth sends us down the alley of working to produce the things people can be convinced to buy, rather than the things we actually need. Why do you think we have a teaching crisis, and a care crisis, but not a marketing crisis, or a plastic flower crisis?

What’s more we’re caught in what the ecological economists Tim Jackson and Peter Victor call a “productivity trap.” If the economy becomes more productive, that means fewer people are needed to produce the same amount of stuff. Which is great, unless you’re one of the people who’s no longer needed.

For most people, as long as productivity growth happens, the only way they keep their jobs is if more stuff is produced. This is another way productivity growth creates a treadmill of production and consumption: keep buying the stuff you don’t need otherwise you’ll lose your job.

Fossil fuels are very high quality sources of energy. There is reason to believe that it will be impossible to produce the amount of stuff we have right now, using only renewable energy. Even if it is possible, if we keep chasing productivity growth producing what we produce today won’t be enough. In the productivity trap, we don’t just need to produce the same, we have to produce more.

But suppose we stopped chasing productivity growth. What might happen? It would make it easier to decarbonize. We’d no longer be stuck on the production-consumption treadmill. It would mean less stuff too. But do we need all the crap we have?

And although less productivity might mean less stuff overall, it could mean more of the really useful stuff. More nurses, more teachers, more care workers. If we stop chasing productivity, we’re freed up to chase the things that really matter, rather than the things that make money.

This would be the first step in moving from shit jobs to goods jobs. Roll back specialization. Free us to be creative and autonomous at work. Let’s work on problems we think are important, that contribute to our communities rather than generating sales. Let’s work in different areas doing different things.

This story originally appeared in The Conversation. It is republished here as part of EcoWatch’s partnership with Covering Climate Now, a global collaboration of more than 250 news outlets to strengthen coverage of the climate story.