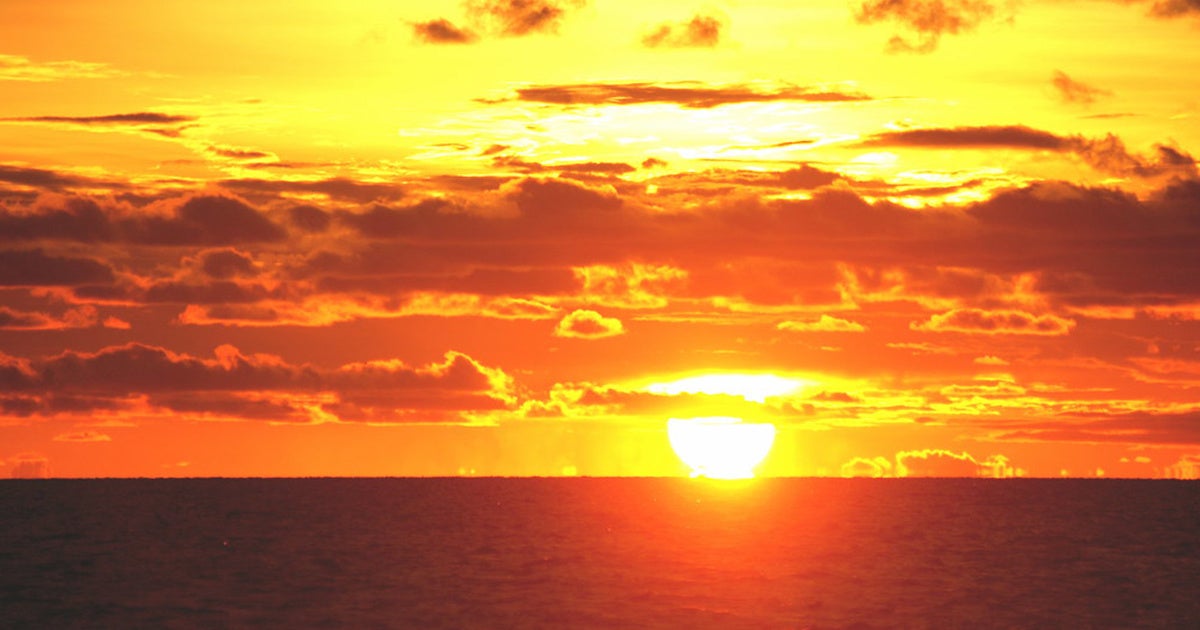 As meteorologists warned Thursday that temperatures above 100°F are expected to impact two-thirds of the country this weekend, U.S. government scientists revealed that last month was the hottest June ever recorded — bolstering calls for radical global action on the climate emergency.

The revelation came in a new monthly climate report from the National Oceanic and Atmospheric Administration (NOAA). Scientists at the agency’s National Centers for Environmental Information found that “the global land and ocean surface temperature departure from average for June 2019 was the highest for the month of June in the 140-year NOAA global temperature dataset record, which dates back to 1880.”

Meteorologist Jeff Masters, co-founder of Weather Underground, explained that “the global heat in June is especially impressive and significant given that only a weak (and weakening) El Niño event was in place. As human-produced greenhouse gases continue to heat up our planet, most global heat records are set during El Niño periods, because the warm waters that spread upward and eastward across the surface of the tropical Pacific during El Niño transfer heat from the ocean to the atmosphere.”

According to NOAA, “Regionally, South America, Europe, Africa, the Hawaiian region, and the Gulf of Mexico had their warmest June in the 110-year record.” Central and Eastern Europe, North-Central Russia, northeastern Canada and southern parts of South America endured the most notable departures from average June temperatures.

And, as Masters noted, that high heat came with consequences:

Three billion-dollar weather-related disasters hit the Earth last month, according to the June 2019 Catastrophe Report from insurance broker Aon: a severe weather outbreak in Europe (.1 billion), flooding in China (+ billion, including losses up until July 16), and a drought in India (.75 billion). In addition, severe weather outbreaks in the U.S. in late May and mid-March accumulated more than billion in losses by the end of June, bringing the 2019 tally of billion-dollar weather disasters to 14.

Five of the disasters documented by Aon were in the United States. NOAA, in the climate anomalies and events section of its report, noted that higher than average rainfall across the Mississippi and Ohio Valleys and East Coast contributed to destructive flooding in those areas. Experts warn that as human behaviors continue to warm the planet, extreme weather events will become more intense and common.

NOAA scientists found that January through June tied with 2017 for the second-highest average temperature ever recorded in that six-month period over the past 140 years. Though 2016 still remains the hottest first six months of the year on record, last month beat 2016’s June temperature average by 0.04°F, with an average global temperature 1.71°F above the 20th century average.

Jonathan Erdman, a senior meteorologist at The Weather Channel, wrote Thursday that although the increases may seem small, “ultimately, what’s most important is not whether a given month is a fraction of a degree warmer or colder; rather, it’s the overall trend, which continues its upward climb since the late 1970s.”

Reacting to the C3S report earlier this month, the environmental advocacy group 350.org declared, “We need to act like this is the climate emergency it is.”

The findings about June come on the heels of new research from the Union of Concerned Scientists (UCS) that shows without urgent global action to curb planet-heating human activities, “the number of days per year when the heat index — or ‘feels like’ temperature — exceeds 100°F would more than double from historical levels to an average of 36 across the country by midcentury and increase four-fold to an average of 54 by late century.”

The USC report warned that the global community must pursue ambitious climate action “if we wish to spare people in the United States and around the world the mortal dangers of extreme and relentless heat.”