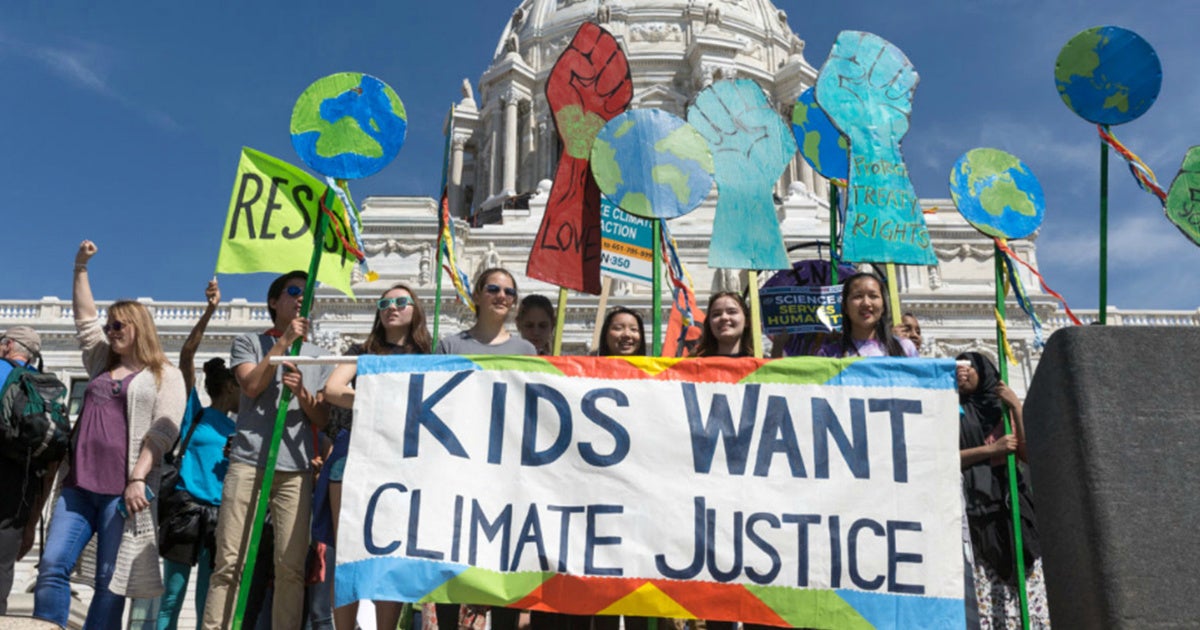 An analysis published Thursday details how lawsuits that aim to push governments to more ambitiously the address the climate emergency and make polluting corporations pay for the damage caused by their sizable contributions to global warming are growing in popularity around the world.

The new report from the Grantham Research Institute at the London School of Economics and Political Science — Global Trends in Climate Change Litigation: 2019 Snapshot — focuses on the 1,328 legal actions related to the climate crisis filed between 1990 and May of this year, with cases launched in more than two dozen countries.

The suits have been brought by citizens, non-governmental organizations, businesses and local governments.

Summarizing the study’s findings, report co-author Joana Setzer said in a statement that “holding government and businesses to account for failing to combat climate change has become a global phenomenon.”

“People and environmental groups are forcing governments and companies into court for failing to act on climate change, and not just in the United States,” said Setzer. “Now the number of countries in which people are taking climate change court action is likely to continue to rise.”

Among the key findings from the analysis:

The report spotlights some high-profile lawsuits, such as Urgenda Foundation v. State of the Netherlands, “the first case to argue successfully for the adoption of stricter emissions reduction targets by a government.”

Another landmark case that has garnered global attention is Juliana v. United States, which was heard in June before the Ninth Circuit Court of Appeals in Oregon. “Youth plaintiffs assert that the government’s actions that cause climate change violate their constitutional rights to life, liberty, and property,” the report explains. “At the time of writing the judges were yet to decide if the case should continue to trial and if the federal government should halt new fossil fuel extraction projects while the court decides the case. The consequences could impact far beyond this suit.”

Analyzing the outcomes of litigation within the U.S., researchers found a shift that aligns with when U.S. President Donald Trump took office — and promptly began attempting to roll back his predecessors’ climate and environmental policies, which campaigners and scientists sometimes considered inadequate in the long term but still steps in the right direction.

From 1990 to 2016, based on available data from 873 lawsuits, U.S. litigation more often hindered climate policy than favored it, according to the report. However, of the 154 climate lawsuits filed in the first two years of the Trump administration, there were more “favorable” climate cases than “hindering,” with a ratio of about 4:1. The report acknowledges that many of the cases from 2017 and 2018 are ongoing.

The report also highlights the emerging trend of lawsuits from front-line communities seeking money from polluters to cover the costs of adapting to the warming world.

In the past year a spate of public nuisance suits against fossil fuel companies has sought damages potentially amounting to billions of dollars to cover the costs of adaptation (e.g. the cost of infrastructure to protect against sea level rise and other physical impacts of climate change). These lawsuits are also novel in that they were brought by U.S. state governments and municipalities such as the State of Rhode Island, and the cities of New York, San Francisco, and Oakland, rather than citizens or NGOs. The plaintiffs allege that fossil fuel companies continued to produce fossil fuels while knowingly concealing the climate risks.

Though many of the court battles haven’t yet been settled, the report seems to serve as a warning to fossil fuel giants. As Setzer put it, “until recently businesses might not have considered a climate change lawsuit to be a risk, but this is something all corporations should now be taking into account.”

More broadly, Setzer said that “litigation is clearly an important part of the armory for those seeking to tackle climate change.”

“Court cases contribute to greater awareness of climate change issues and can force changes in behavior that could reduce greenhouse gas emissions,” she added. “It remains an expensive and potentially risky option, though, if compared to other routes like policy-making.”

Setzer hosted a panel discussion on courts and climate justice at a Thursday event held as part of London Climate Action Week. Watch: