Schools for Girls Can Help Tackle the Climate Crisis 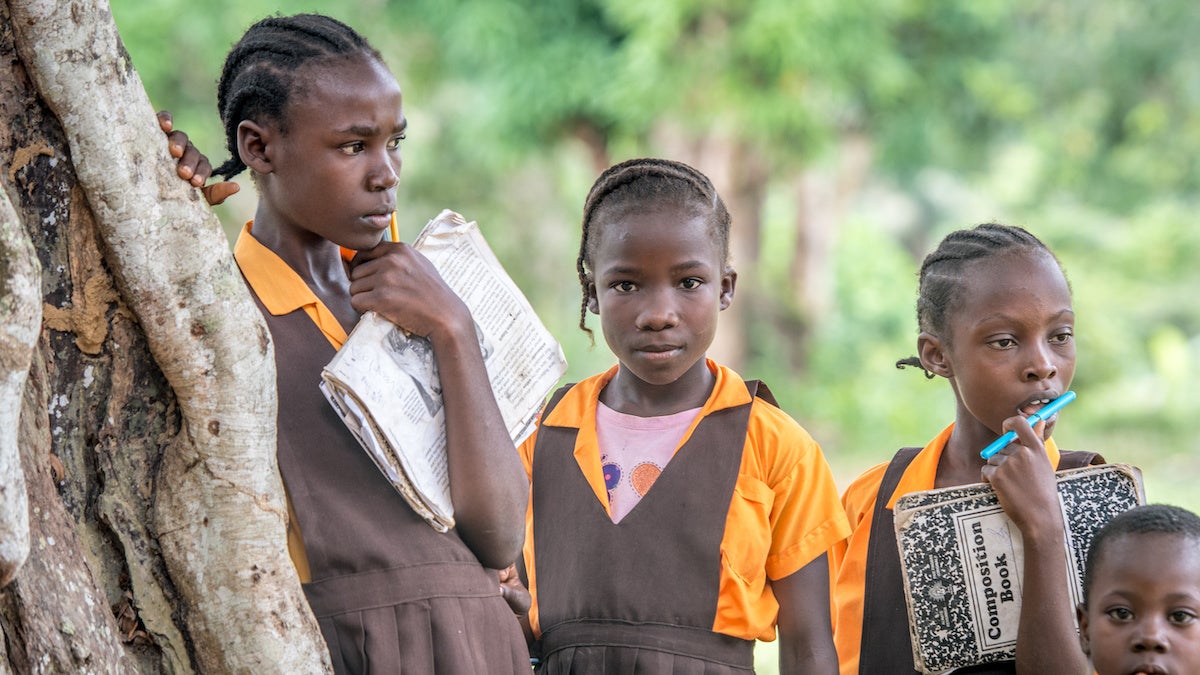 A group of schoolchildren gathers under a tree in Ganta, Liberia. Edwin Remsberg / VWPics / Universal Images Group via Getty Images

If you really want to tackle the climate emergency, there’s one simple but often forgotten essential: throw your weight behind schools for girls, and ensure adult women can rely on the chance of an education.

Obviously, in a world of differences, some people can do more to tackle the climate crisis than others. So it’s essential to recognize how much neglected potential exists among nearly half the human race.

But there’s a snag, and it’s a massive one: the women and girls who can do so much to avert global heating reaching disastrous levels need to be able to exercise their right to education.

Bold claims? Project Drawdown is a group of researchers who believe that stopping global heating is possible, with solutions that exist today. To do this, they say, we must work together to achieve drawdown, the point when greenhouse gas levels in the atmosphere start to decline.

The project’s conclusions are startling − and positive. One is that educating girls works better to protect the climate than many technological solutions, vital though they are, and including several variants of renewable energy.

Yet, the group finds, girls and women suffer disproportionately from climate breakdown, and failures in access to education worsen this problem. After the horrendous 2004 tsunami, for example, an Oxfam report found that male survivors outnumbered women by almost 3:1 in Sri Lanka, Indonesia and India. Men were more likely to be able to swim, and women lost precious evacuation time trying to look after children and other relatives.

But given more power and say in how we adapt to and try to prevent global heating, the female half of humankind could make disproportionally positive contributions, the project says.

The Rapid Transition Alliance (RTA) is a UK-based organization which argues that humankind must undertake “widespread behaviour change to sustainable lifestyles … to live within planetary ecological boundaries and to limit global warming to below 1.5°C”.

It says that although access to education is a basic human right, across the world girls continue to face multiple barriers based on their gender and its links to other factors such as age, ethnicity, poverty and disability.

But the RTA adds: “Research shows that for each intake of students, educating girls has multiple benefits that go far beyond the individual and any particular society. It can also result in rapid and transformative change that affects the planet itself.”

It says that while the UN currently thinks the world’s population will grow from 7.3 billion today to 9.7 billion by 2050, with most of the growth happening in developing countries, recent research shows that if girls’ education continues to expand, that number would total 2 billion fewer people by 2045.

It argues that it is not just politicians and the media who fail to focus on this grossly slewed access to education. The RTA says the environmental movement itself rarely makes connections between the education of girls and success in tackling climate change.

One example of conservation work being tied successfully to educating and empowering women it cites is the Andavadoaka clinic in Madagascar, which is funded by a British charity, Blue Ventures Conservation (BVC).

The link between population growth, the lack of family planning facilities and the increasing pressure on fragile natural resources prompted BVC to establish the clinic, which has been running for over a decade and is part of a wider programme serving 45,000 people. As well as the original clinic other projects have grown up that concentrate on specific economic and participation opportunities for women and girls.

In the least developed countries women make up almost half of the agricultural labour force, giving them a huge role in feeding the future population. But there is a massive gap between men and women in their control over land, their ability to obtain inputs and the pay they can expect.

Individual girls and women continue to make a massive difference, whether it’s Greta Thunberg spurring action on climate change or Malala Yousafzai, shot for trying to attend school in Afghanistan, who was awarded the Nobel Peace Prize for her campaign for girls’ education.

Women who have climbed high up the political ladder have sometimes used their success to ensure that girls are taken seriously. Ellen Johnson Sirleaf, the first female president of an African country − Liberia − used her power to expand the quality of provision in pre-school and primary education by joining the Global Partnership for Education, and the former U.S. first lady Michele Obama spearheaded the Let Girls Learn organization.