Climate Crisis: Is It Time to Ditch Economic Growth? 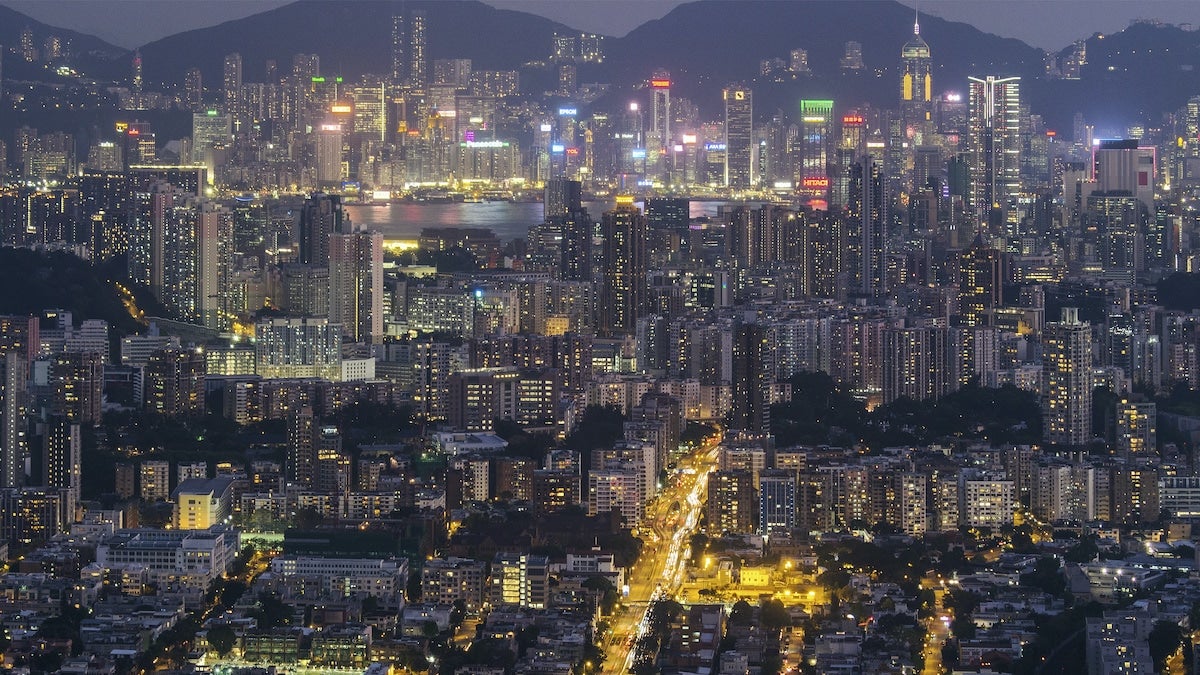 As the climate crisis has become ever-harder to ignore, more people are questioning whether infinite economic growth is possible on a planet of finite resources. inkelv1122 / Flickr / CC by 2.0

It was only in the mid-20th century, in the wake of the shattering impact of World Wars and when capitalism and communism were competing for global dominance, that we began to measure the success of an economy in terms of gross national product, or GDP.

The faster GDP was rising, the better an economy could be said to be performing. But something happens as all that economic activity expands. The amount of energy and resources we use also increase.

Ever since the industrial revolution, fossil fuels have set us on a course of furiously expanding production, which has also meant more waste and more pollution. Historically, greenhouse gas emissions have risen alongside GDP. As economies have grown richer, nature has paid the price.

And as the climate crisis has become ever-harder to ignore, more people are questioning whether infinite economic growth is possible on a planet of finite resources.

Zero-Emissions With Twice the GDP

“The Intergovernmental Panel on Climate Change in their Fifth Assessment, have 116 mitigation scenarios with a chance of staying below the 2 degree Celsius threshold. All of those scenarios assume 2-3% GDP growth rates,” says Jon Erickson, an ecological economist at the Gund Institute for Environment in Vermont, adding that this implies doubling the global economy by somewhere around 2050.

These scenarios rely not just on switching to renewables, but also on the large-scale extraction of massive volumes of carbon from the atmosphere using as-yet unproven technology, which Erickson describes as “wildly unrealistic.”

“None of those models and the IPCC community even bother simulating a scenario where the global economy contracts, stabilizes and maybe even degrows,” Erickson says. “Yet that’s probably the one realistic scenario that would significantly affect greenhouse gas emissions.”

It is easy to see why the idea that we must keep growing is hard to give up. When economic activity declines and we go into recession, people lose their jobs and are plunged into poverty.

Yet those arguing for “degrowth” — a managed contraction of economic activity— say it doesn’t have to be this way.

Time for a Different Approach?

Federico Demaria, an economist at the Autonomous University of Barcelona, who has authored several books on degrowth, says that neoclassical economics — which has dominated economic discourse over recent decades, has “never looked at the question of how an economy could be managed without growth. It only looked at questions like, why do economies grow? If it’s not growing, how can we make it grow? Or, how can we make it grow even faster?”

These have become pertinent questions even — or especially — for wealthy, industrialized economies, where growth has slowed over recent decades. “What the mainstream economists are doing is just trying to relaunch growth,” Demaria says.

A different approach, which aims to rein in growth without inflicting the pain that recession has traditionally entailed, comes from the field of ecological economics.

Neoclassical economic models picture economies as closed systems, with no inputs of materials or energy and no outputs of pollution and waste. But ecological economists insist there is no real separation between economy and ecology. After all, if we destroy the planet that feeds us, economic activity will collapse pretty quickly too.

In an effort to fix this oversight, Demaria is among those devising new economic models that include factors like emissions and resources use. They are also working in things like social equality, debt, deficits and monetary systems, which have social impacts, and play into cycles of boom and bust.

Which is why Demaria says their work is attracting attention from surprising quarters.

“The main idea of ecological macroeconomics is that the economy is embedded into the environment,” he says. “The second problem is that the neoclassical models were not realistic — look at the financial crisis; they didn’t see it coming because they were completely unable to model it. So central banks, for example, are showing a lot of interest in ecological macroeconomics.”

Yet mainstream environmentalism is still firmly entrenched in the idea of “green growth.”

The IPCC, the World Bank, the OECD and countless think tanks and national governments rely on us being able to “decouple” growth from its ecological impact. And some economies, like Germany, have grown while emissions level off, or even decline.

Countless scientific papers have been dedicated to the fierce debate over whether these cases represent an absolute break or just a tempering of the link between growth, emissions and resource-use.

But proponents of degrowth argue that to date, decoupling has only happened in wealthy economies that have outsourced emissions-heavy sectors like manufacturing to economies like China, and that globally the correlation is still strong.

As exemplified by the IPCC scenarios, the argument for “green growth” rests on the assumption that technology will save us. By recycling more, swapping energy from fossil fuels to that from renewables, and improving efficiency so we need less of it overall, proponents of green growth hope to keep expanding without sacrificing our planet’s ability to feed us and maintain a stable climate.

Yet technological advances don’t always have the desired outcome.

When new engines that needed less coal to produce the same amount of energy were introduced in the 19th century, coal consumption didn’t fall. Instead, better efficiency increased profits, made products cheaper, and drove up demand, meaning coal use actually went up.

This trend — called Jevons paradox — has persisted, meaning that improvements in efficiency tend to come with a rebound effect that wipes out any actual energy savings. Similar effects can be seen in resource use, and even labor, as automation has done more to boost consumption and production than free time for workers.

In a system geared toward infinite expansion, opportunities to tighten our belts tend to be seized as new ways to keep getting bigger.

But degrowthers argue that we do have to tighten our belts — and it doesn’t have to be painful. If we could reverse the central logic of economic systems that prioritize growth over human and ecological wellbeing, they don’t believe we would miss the furious activity that’s keeping a minority of the human population in must-have products and ever-more material wealth.

This article is part of our series How do we change? Click here to explore more big ideas to transform our understanding of the ecological crisis.