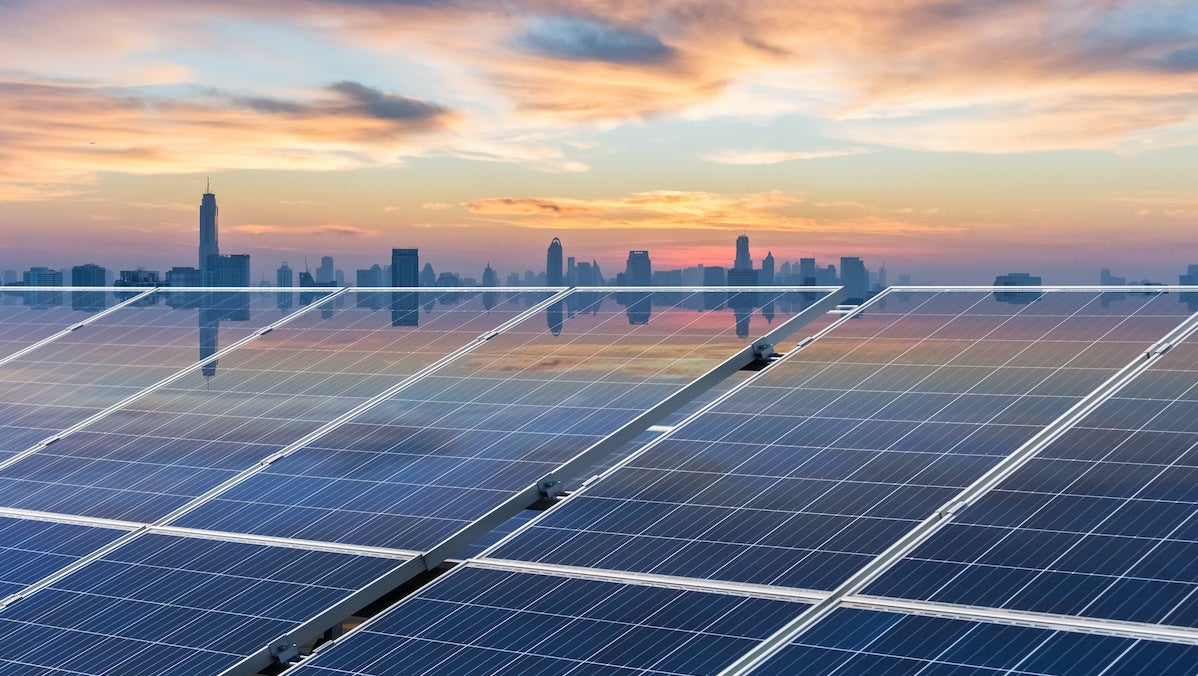 New research shows that the choice between climate action and economic growth is in fact a false dichotomy. chuyu / iStock / Getty Images Plus

Every country around the world would see economic gains from combating the climate crisis and trying to keep global heating within the bounds of the Paris agreement, according to a new study published in Nature Communications.

The straw man argument against taking action on the climate crisis is that the cost of limiting emissions and investing in green infrastructure is too steep and would cripple economies. It turns out, according to the research, that the opposite is true.

In fact, the study found that if nations around the world fail to curtail greenhouse gas emissions within the bounds of the Paris agreement, the global economy will lose anywhere from 0 trillion to nearly 0 trillion by the year 2100, as CBS News reported. The upper end of the range is if countries fail to meet their current commitments, which are inadequate to meet the Paris agreement as they are expected to lead to 3 degrees Celsius in warming.

The study’s authors, from the Beijing Institute of Technology and other Chinese institutions, billed their findings as a self-preservation strategy for government, according to The Guardian.

The researchers calculated the potential benefits of emissions reductions by looking at the social welfare aspects of cutting greenhouse gases and its affect on economic growth. They found that the benefits from cutting emissions would provide the largest boost to developing countries with large populations of poor and vulnerable people, who are most likely to be negatively affected by droughts, floods, fires, storms and food shortages, as The Guardian reported.

While all countries would benefit in the long term, the most immediate benefits would go to developing countries with high emissions, such as India, Indonesia, Nigeria and China, according to The Guardian.

The Paris agreement is composed of voluntary commitments known as Nationally Determined Contributions, or NDCs, made by each country in the accord. The main aspect of the commitments is to reduce greenhouse emissions by cutting the burning of fossil fuels, thus reducing global warming and the adverse impacts of warming. However, many countries are witnessing economic damage from the coronavirus lockdowns and are rethinking their commitment to their NDCs. Already, government bailouts for the fossil fuel industry and the airline industry are in the works, as well as a rollback of their carbon emission reductions, as CBS News reported.

“A number of studies have proved that current [NDCs] are not enough to achieve the global warming targets,” said Biying Yu, from the Beijing Institute of Technology and a co-author of the study, as CBS News reported.

The research shows that the choice between climate action and economic growth is in fact a false dichotomy. The authors’ work concludes that countries could reach their climate goals and at the same time see an increase in their net income.

According to CBS News, Yu and her team calculated ideal strategies for countries to improve their NDCs, minimize economic losses and maximize gains. They found that if nations are able to reduce greenhouse gas emissions, then the net global economic benefit would range between 7 trillion and 6 trillion by the end of the century.

“Early and quick action will provide a better chance to close the widening emissions gap, even though a large amount of abatement cost would occur in the short term,” said the study.

“The literature overwhelmingly shows the economic benefits of serious mitigation efforts exceed the costs in the long run,” said Noah Kaufman, a climate and energy economist from Columbia University, to CBS News.

However, Yu is concerned that governments will be short-sighted and balk at the upfront cost of investing in infrastructure to combat the climate crisis. She also sees that the climate emergency takes commitments from every country.

“Combating climate change is not a matter for one country. It requires collective action and cooperation from all countries around the world,” Yu explained, as CBS News reported. “Let’s work together and save ourselves.”