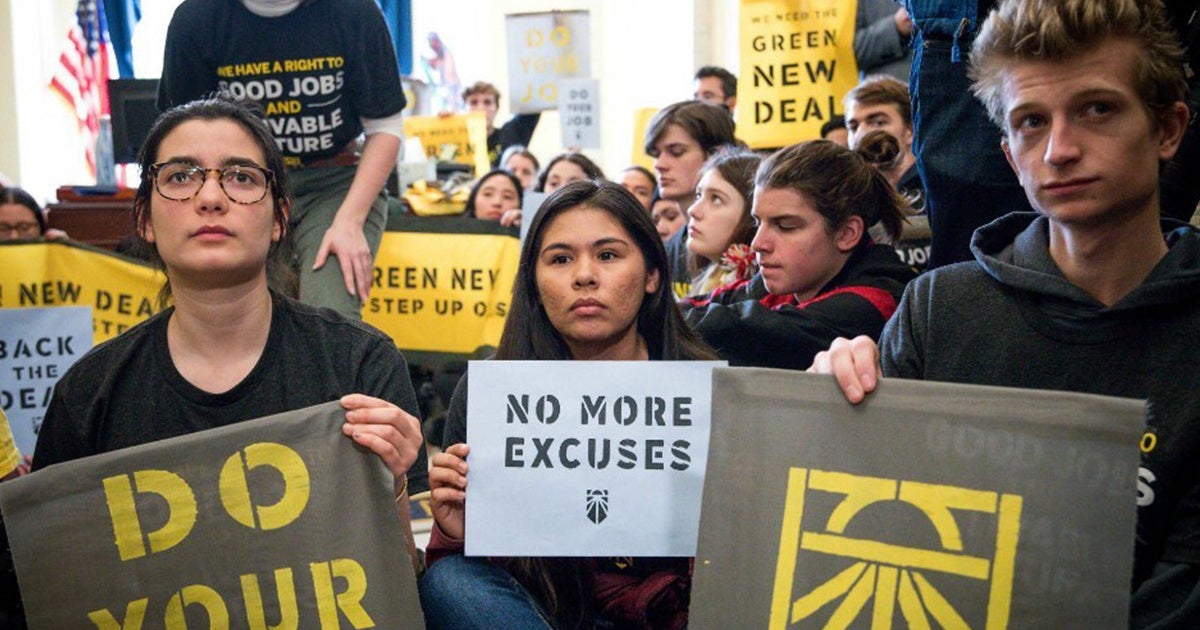 Sparking a torrent of backlash from Democratic White House contenders, environmental organizations, and youth climate leaders, the Democratic National Committee announced Wednesday that it will not host a climate-specific presidential primary debate and will punish candidates who attend a debate hosted by any other organization.

News of the DNC’s decision was made public by 2020 presidential candidate and Washington Gov. Jay Inslee, who was the first Democratic contender to call for a debate focused solely on the climate crisis.

“Today, my team received a call from the Democratic National Committee letting us know that they will not host a climate debate,” Inslee said in a statement. “Further, they explained that if we participated in anyone else’s climate debate, we will not be invited to future debates. This is deeply disappointing.”

Inslee said he will pressure the DNC leadership to change its mind, arguing that the climate emergency “merits a full discussion of our plans” rather than the “short exchange of talking points” typical of past presidential debates.

“The DNC is silencing the voices of Democratic activists, many of our progressive partner organizations, and nearly half of the Democratic presidential field, who want to debate the existential crisis of our time,” Inslee said. “The next president must make defeating this crisis the top priority of the nation. And I will continue to do everything I humanly can to ensure the climate crisis is at the top of the national agenda.”

Environmental groups that have led the grassroots push for a climate-focused debate echoed Inslee’s outrage, which helped make the Twitter hashtag #ClimateDebate a trending topic in the U.S.

U.S. Youth Climate Strike, whose petition calling on the DNC to host a climate debate has garnered over 53,000 signatures, vowed to “fight back” against the committee’s refusal to give the planetary crisis the national spotlight it deserves.

“Disappointed to learn DNC will not honor the rallying cries of their own base, and will not only not host a climate debate, but will also ban any candidate who participates in one from participating in DNC debates,” the group tweeted. “Again and again, the establishment and adults have failed us. We need policy now.”

Brandy Doyle, campaign manager for Credo Action, said in a statement Wednesday that the decision shows that DNC chairman “Tom Perez doesn’t seem to care much about the climate crisis.”

“[B]ut many of the Democratic candidates and a vast majority of Democratic primary voters do,” Doyle said. “This move is a slap in the face to the hundreds of thousands of activists and all of the candidates calling on the DNC to hold a dedicated climate debate.”

“It isn’t too late for Tom Perez and other leaders at the DNC to come to their senses,” Doyle added. “They’ll find out soon enough that it is going to take a lot more than a quiet phone call to one campaign to silence the growing demands for a climate debate.”

In what appeared to be an attempt to quell the backlash coming his way, Perez posted a series of tweets just after midnight assuring enraged presidential candidates and climate campaigners that he has “personally told media partners seeking to host a 2020 primary debate how important it is for climate change to be debated during each and every debate.”

“The DNC will not be holding entire debates on a single issue area — we want to make sure voters have the ability to hear from candidates on all the issues,” said Perez. “You have my word that I will do everything I can to make sure our candidates are able to debate all of the critical issues during this primary.”

Grassroots activists who have been working tirelessly to push serious climate discussion into the national political conversation have good reason to be skeptical of Perez’s insistence that the DNC’s corporate media partners will give the climate crisis the necessary amount of focus.

In a report published in April, Public Citizen found that corporate media networks have systematically failed to devote sufficient time to the climate crisis, which activists argue should — given the existential threat it poses — dominate the headlines on a daily basis.

The youth-led Sunrise Movement, which is planning a massive action outside of the second DNC debate in Detroit next month, urged all 2020 Democratic presidential candidates to “speak out against” the DNC’s “disastrous decision” and pressure the committee to reverse course.

“This is an outrage. Almost every major candidate has supported the call for a climate debate, but the DNC won’t even let the American people hear their plans for one of the greatest challenges of our time,” Sunrise tweeted. “This is an emergency. We need the Democrats to act like it.”

“Climate change is the biggest challenge we face,” Warren wrote. “Every candidate running for president should have a serious set of policies to address it, and should be eager to defend those proposals in a debate.”