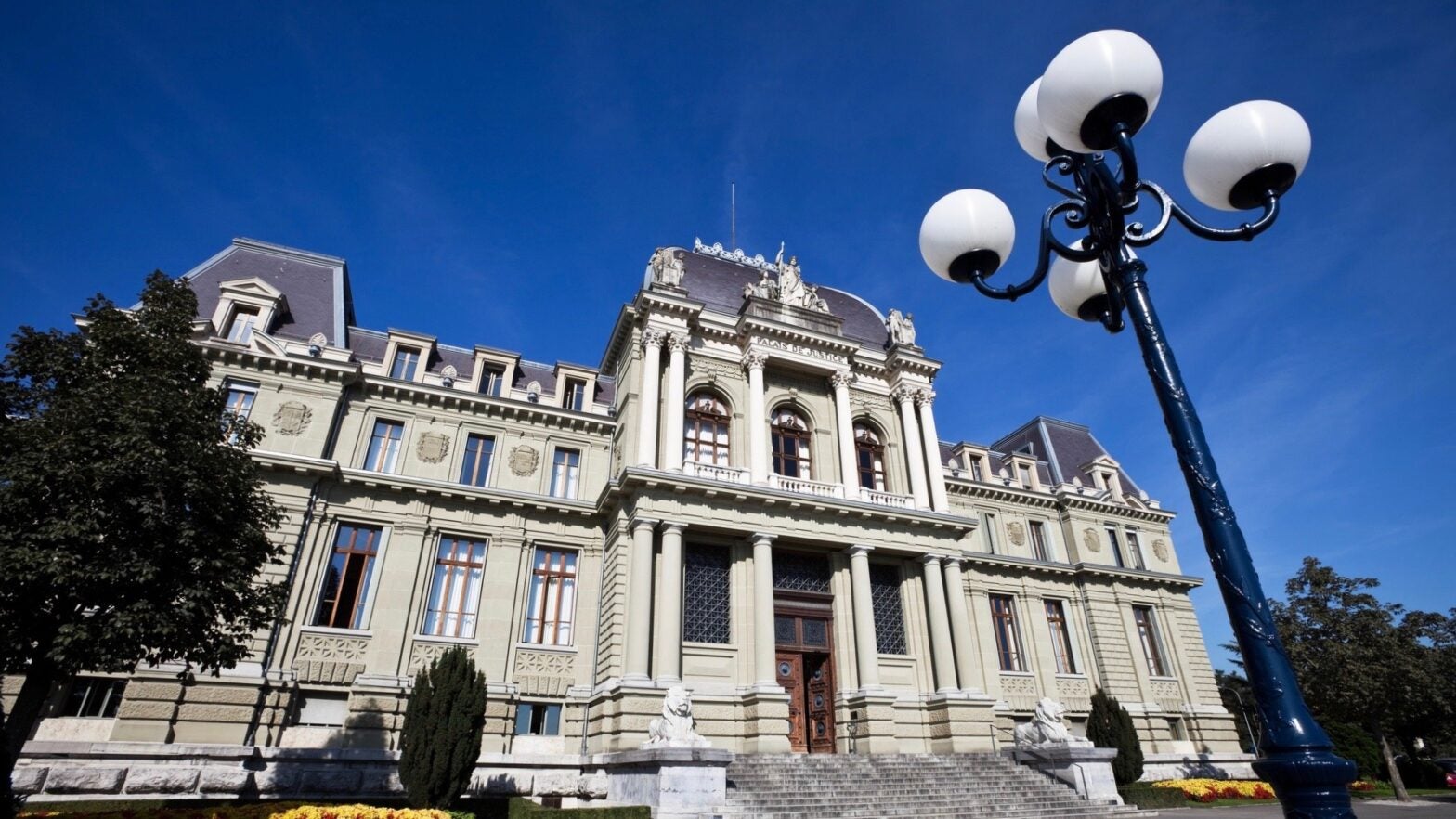 A Swiss court on Monday cleared a dozen activists of wrongdoing and a hefty fine for a stunt they pulled in a Credit Suisse bank in November 2018.

The protestors had occupied the bank and played tennis to demand an end to fossil fuel funding and to ask tennis star, Roger Federer, to end his endorsement deal with the bank, as the AP reported.

The case went to court because the defendants refused to pay fines for protesting without a permit and resisting police. The protestors were charged with trespassing and ordered to pay 21,600 Swiss francs ($22,200). However, the judge in the appeal said the protestors had acted proportionately and waived the fine, as Reuters reported.

The judge, Philippe Colelough, said the protestors who wore completely white tennis outfits and wigs were justified because of the imminent threat posed by the climate crisis, according to Deutsche Welle.

“Because of the insufficient measures taken to date in Switzerland, whether they be economic or political, the average warming will not diminish nor even stabilize, it will increase,” he said, noting Switzerland’s melting glaciers, as Deutsche Welle reported.

“In view of this, the tribunal considers that the imminence of danger is established,” the judge continued. “The act for which they were incriminated was a necessary and proportional means to achieve the goal they sought.”

The packed courtroom, in a suburb of Lausanne, erupted in applause and gave a standing ovation to the judge’s decision, as Reuters reported.

“I didn’t think it was possible,” said one of the accused individuals, Beate Thalmann, in tears of joy, according to Reuters. “If Switzerland did this, then maybe we have a chance.”

An attorney, Laila Batou, representing one of the defendants, said the Judge Colelough accepted the argument that the activists had exhausted all other legitimate forms of protest like petition drives, sidewalk demonstrations and efforts with Swiss legislators, according to the AP.

“The lawyers, the clients, the audience cried,” Batou said, as the AP reported. She said the “bombshell” from the judge was his acknowledgement that the climate emergency is “impossible” to block through other legal means.

Because of the heat-trapping effect of its many mountains, Switzerland is warming at twice the global average, according to Reuters. The country has pledged to reach net zero emissions by 2050.

The country, which is warming at twice the global average due to the heat-trapping effect of its mountains, has an target to cut net carbon emissions to zero by 2050 but activists with Lausanne Climate Action say that the country’s biggest impact is via its financial industry, as Reuters reported.

The activists pointed out that Credit Suisse is one of the world’s largest investors in fossil fuels, ponying up more than .8 billion to nearly four dozen companies that are “extreme” users of dirty fossil fuels. Lausanne Climate Action noted that the bank increased its financing for coal 16-fold from 2016 to 2017, as the AP reported.

However, last month, Credit Suisse announced that it will no longer invest in new coal-fired plants, according to the AP.

The protestors would like to see Swiss tennis star, Roger Federer, use his leverage to have Credit Suisse invest in sustainability or cut ties with the Zurich-based bank.

“If we get him to distance himself from the bank, we will empower our action,” Batou said, as the AP reported.

Federer, for his part, sent a statement to Reuters in response to the criticism he has received from activists, especially a tweet from 350.org that was retweeted by Greta Thunberg.

“I appreciate reminders of my responsibility as a private individual, as an athlete and as an entrepreneur, and I’m committed to using this privileged position to dialogue on important issues with my sponsors,” said in a statement, as Reuters reported. “I take the impacts and threat of climate change very seriously, particularly as my family and I arrive in Australia amidst devastation from the bushfires.”