Climate Crisis Is Accelerating. Past 5 Years Will Be Hottest on Record: Report 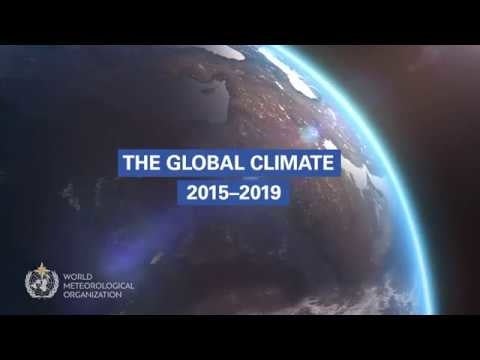 A dire new report issued by the World Meteorological Organization (WMO) found that the climate crisis is on a worrying trajectory as the crisis’s hallmarks — sea level rise, ice loss and extreme weather — all increased over the last five years, which will end as the warmest five-year period on record.

The warning issued by the WMO is part of a “united science” review, which is urging countries at the UN climate action summit in New York to increase their sense of urgency in tackling emissions, as RTÉ, Ireland’s national broadcaster reported.

Even with immediate action, the precipitous increase in carbon emissions has guaranteed that further warming is locked in for a generation, according to the Sydney Morning Herald. The data shows that carbon dioxide concentrations in the atmosphere increased at a higher rate between 2015 and 2019 than in the previous five years, and are on pace to reach a record 410 parts per million in 2019.

The report also shows that the global average temperature has increased 1.1 degrees Celsius since pre-industrial times and 0.2 degrees Celsius compared to the previous five years.

“Climate change causes and impacts are increasing rather than slowing down,” said WMO Secretary-General Petteri Taalas, who also co-chairs the Science Advisory Group of the UN Climate Summit, in a press release.

“Sea level rise has accelerated and we are concerned that an abrupt decline in the Antarctic and Greenland ice sheets, which will exacerbate future rise,” he added. “As we have seen this year with tragic effect in the Bahamas and Mozambique, sea level rise and intense tropical storms led to humanitarian and economic catastrophes.”

The report pays particular attention to sea level rise, which increased to 5 millimeters per year — up from 3.2 mm per year since 1993. It also noted that Arctic summer sea ice decreased 12 percent per decade over the last four decades. The four lowest concentrations of Arctic summer sea ice all occurred within the last five years, as the Australian Broadcasting Corporation reported.

The report also notes the threats to the oceans, since more than 90 percent of the excess heat caused by climate change ends up in our seas. “The WMO analysis says 2018 had the highest ocean heat content values on record,” according to BBC.

The study underlines the consistent narrative that every part of the planet is facing impacts from the climate crisis. The scale and intensity of extreme weather and wildfires will continue to increase the report found. Even if all countries in the Paris agreement met their commitments, the world would still warm by 2.9 to 3.4 degrees Celsius the report found, as the Australian Broadcasting Corporation reported.

“This reads like a credit card statement after a five-year-long spending binge,” said Dave Reay, chair in carbon management at the University of Edinburgh, to the Australian Broadcasting Corporation. “Our global carbon credit is maxed out.

“If emissions don’t start falling there will be hell to pay,” said Reay.

The report is meant to inform the leaders attending today’s climate summit at the UN, which the secretary general hopes will produce tangible action plans.

“I told leaders not to come with fancy speeches, but with concrete commitments,” said UN secretary general António Guterres ahead of the meeting, as the BBC reported. “People want solutions, commitments and action. I expect there will be an announcement and unveiling of a number of meaningful plans on dramatically reducing emissions during the next decade, and on reaching carbon neutrality by 2050.”