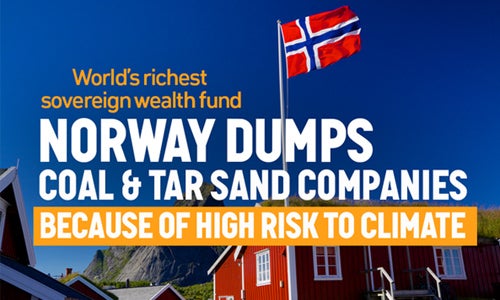 Back in 2012, Bill McKibben with fellow activists including Naomi Klein, Winona LaDuke, Josh Fox and Reverend Lennox Yearwood began a nationwide tour to promote fossil fuel divestment—that is, selling off your shares in fossil fuel companies–in an effort to combat climate change. “Norway made all its money on oil, but now it’s dumping its fossil fuel stocks. It’s the […] 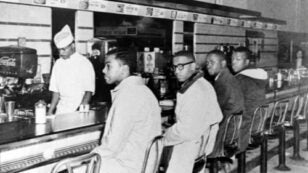 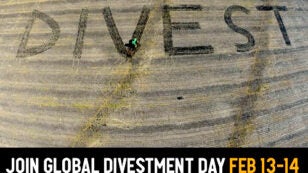 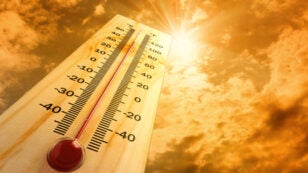 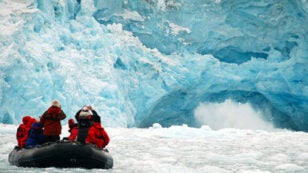 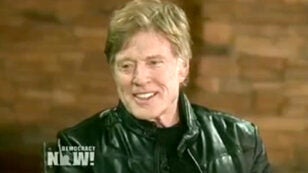 Democracy Now!’s Amy Goodman sat down today with Robert Redford, the Oscar-winning director, actor and longtime environmentalist, at the Sundance Film Festival in Park City, Utah. In the interview, Goodman jumps right in by asking Redford, founder of Sundance Film Festival, about last week’s vote where half of the Senate refused to formally acknowledge the existence of man-made climate change. […] 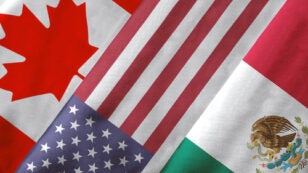 In 1997, Canada restricted import and transfer of the gasoline additive MMT because it was a suspected neurotoxin that had already been banned in Europe. Ethyl Corp., the U.S. multinational that supplied the chemical, sued the government for $350 million under the North American Free Trade Agreement and won! Canada was forced to repeal the […] 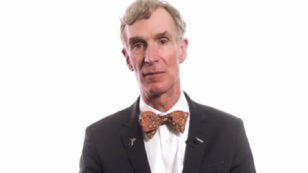 Bill Nye has been vocal in combatting attacks on science from climate deniers in Congress to his advocacy for GMO labeling. He even did a hilarious bit with John Oliver on how absurd it is that the science on climate change is inconclusive. His recently published book, Undeniable: Evolution and the Science of Creation, goes beyond the debate […] 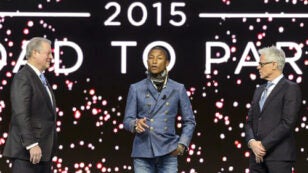 Hoping to rival the attention earned by 1985’s Live Aid concerts, environmental awareness concerts Live Earth took place in 11 locations in July 2007. But the second, scheduled for Mumbai, Indian, in December 2008, was cancelled after the November terrorist attacks on the city, and the idea was never revived. Al Gore, Pharrell plan Live […] 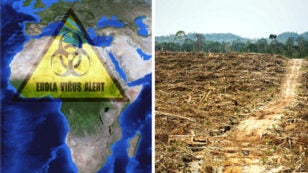 There is no question that the tragic and deadly spread of Ebola in West Africa is tied to the longstanding poverty in the region, and exacerbated by a woefully inadequate medical response by the international health community. Less obvious are the links between the rampant deforestation in the region, rapid agricultural development and the killer […] 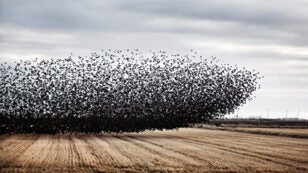 With California experiencing the worst drought in 1,200 years, recent NASA satellite images documenting the stunning groundwater loss in California and the announcement last week that 2014 was the hottest year on record attributable to drivers of climate change, it’s vitally important that the seriousness of this issue stays top of mind for people, companies and policymakers. One award-winning photojournalist, […] 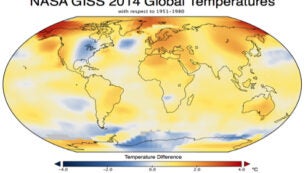 Climate scientists from NASA and the National Oceanic and Atmospheric Administration (NOAA) announced the 2014 global temperatures today, and the news they delivered is a blow to climate deniers who argue that climate change-driven global warming isn’t happening. https://www.youtube.com/watch?v=ibek2yIqWOc&feature=youtu.be expand=1] The scientists revealed that 2014 was the hottest year in 134 years of record keeping, with […] 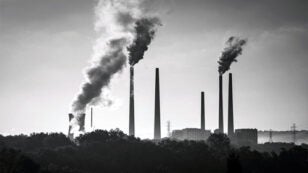 Concerted action on climate change is looking like a bargain after research findings that the notional cost to society of global warming damage caused by carbon dioxide emissions has been seriously underestimated. Smoke stacks at a coal-fired power plant near Cincinnati, Ohio. Photo credit: Robert S. Donovan The U.S. Environmental Protection Agency calculates the “social cost […]