How Climate Change Ignites Wildfires From California to South Africa 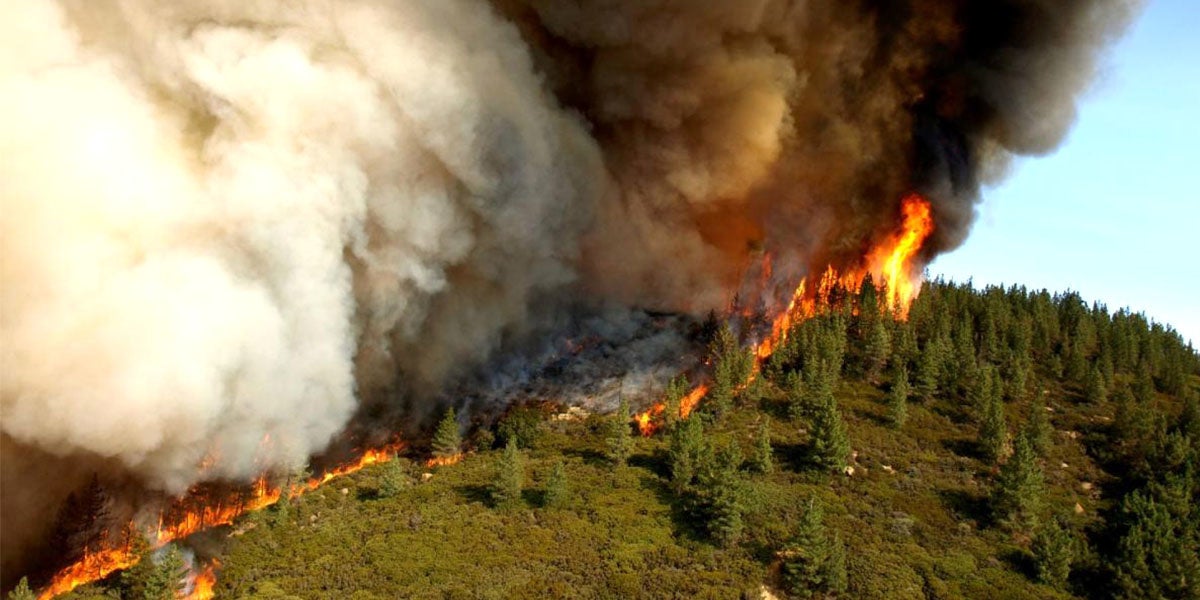 The link between climate change and more frequent, severe wildfires is well-known, but two new studies published in Geophysical Research Letters this month provided more insight into exactly how warming temperatures are increasing fire risk around the world.

In fire-weary California, urbanization and global warming are increasing ground temperature along the southern coast, decreasing cloud cover and increasing the risk of wildfires.

Meanwhile, in the Mediterranean and temperate parts of the Southern Hemisphere, it’s what comes out of the clouds that causes the problems: Lightning-ignited fires are on the rise and likely to keep rising with global temperatures.

The California study was published May 24 and reported by Columbia University in Phys.org Wednesday.

The researchers found low-lying summer clouds in the Los Angeles area had decreased by 25 to 50 percent since the 1970s. The decrease in cloud cover was mostly driven by urbanization, which increases the temperature of the ground, but overall global warming also contributed. Warmer ground drives away clouds, which leads the direct sunlight to heat the ground further, drying out vegetation and increasing the chance that it catches fire.

The study found that the total area burned by fires in Southern California had not increased, mostly because urbanization had also decreased the amount of burnable land and because firefighting techniques had improved.

“Even though the danger has increased, people in these areas are very good at putting out fires, so the area burned hasn’t gone up,” Williams said. “But the dice are now loaded, and in areas where clouds have decreased, the fires should be getting more intense and harder to contain. At some point, we’ll see if people can continue to keep up.”

Williams said that reduced cloud cover was likely not behind 2017’s devastating fires, which were caused by wind, a dry fall and a surfeit of burnable vegetation that had grown in the record rains following California’s record drought.

The lightning study was published May 15 and reported by Portland State University Thursday in Phys.org.

The study looked at the relationship between the frequency of lightning-started fires, warming temperatures overall and the impact of three regular climate-altering phenomenons: El Niño-La Niña, the Indian Ocean Dipole and the Southern Annular Mode.

The study found that warming temperatures increased the frequency of fires, and also increased the influence of all three climate phenomena on fires in the warmer early 21st century compared to the end of the 20th.

Fires especially increased due to the activity of the Southern Annular Mode (SAM), the north-south movement of westerly winds that circle Antarctica and bring moisture to the southwest tip of continents in the Southern Hemisphere. This is because during the “positive phase” of SAM, when the westerly winds retreat to Antarctica, global warming and the hole in the ozone layer have combined with the climate driver to increase heat and decrease precipitation in Australia, South Africa and southern South America.

Worldwide, Holz said that, unless global rainfall patterns changed, global warming was likely to increase fires in wet regions that had previously been too humid for fires, but would decrease fires in historically dry regions.