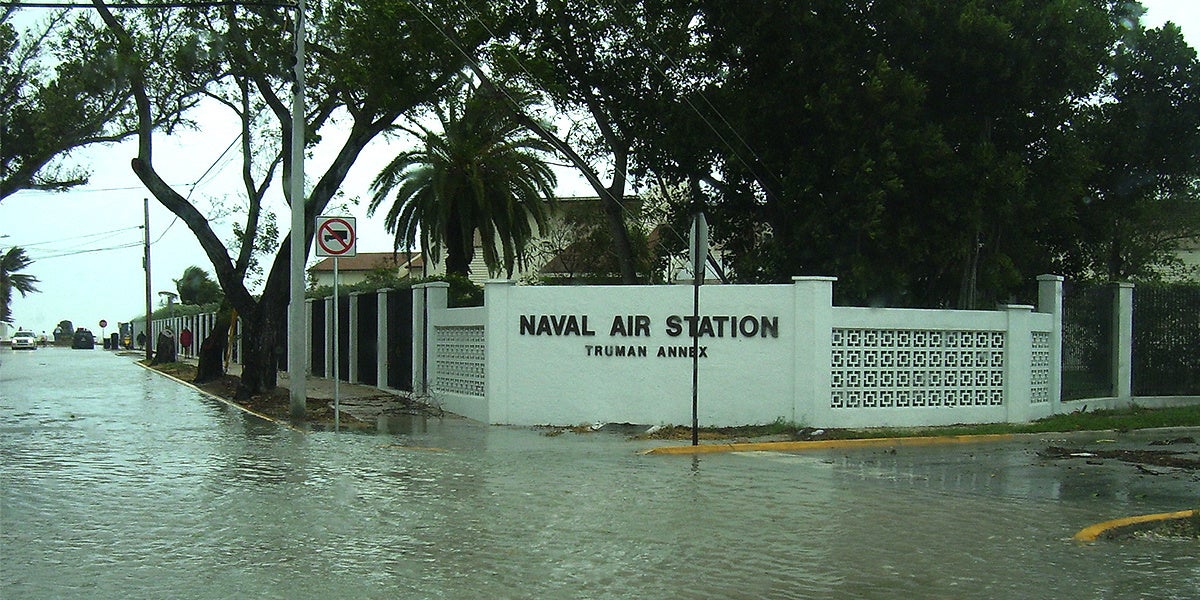 The U.S. military is neglecting to plan for climate change-related risks facing hundreds of overseas facilities, according to a report released on Wednesday by the Government Accountability Office.

In addition to failing to plan for and incorporate climate change’s risks into project designs, the report found that many facilities are not consistently tracking costs incurred by extreme weather. The Defense Department has identified climate change and its effects as threats to facilities, but a gap remains between determining threats and implementing solutions, the study found.

“Planners and engineers do not have the information needed to ensure that climate change-related risks are addressed in installation plans and project designs,” the study warned.

Requested by the Democrats in the Senate, the study by GAO—a nonpartisan oversight agency—visited 45 military installations around the world. Only one-third of these facilities had integrated climate change adaptation into their planning. Meanwhile, dozens of bases were exempted from a department-wide climate vulnerability assessment, including “key national security sites.” The report said the Pentagon left out a number of facilities without adequate explanation—in some cases it simply stated that there was no risk, but gave no reasoning behind the judgment.

The report’s authors said that officials at most of the 45 installations they visited described their particular risks of climate change. Extreme tides had flooded a missile testing range in the Pacific in 2008, while recent storms have damaged piers and buildings. In the Middle East, a U.S. military facility is experiencing more frequent extreme heat days that suspend all non-essential physical training and exercises.

The GAO concluded the study with a series of recommendations, including that the DoD should:

The GAO’s report included a DoD response signed by Lucian Niemeyer, the Trump-nominated assistant secretary of defense for energy, installations and environment. He pushed back against some of the study’s assertions and claimed that blaming infrastructure damage on climate change is “speculative at best.”

“Associating a single event to climate change is difficult and does not warrant the time and money expended in doing so,” Niemeyer asserted.

Many climate experts have praised the Pentagon for past steps to assess and warn of climate change’s impacts on national security. Earlier this year in his confirmation hearing for defense secretary, James Mattis told the Senate Armed Services Committee that climate change would make the world less stable. Ashton Carter, Mattis’ predecessor, said that climate change was a top strategic challenge for the U.S., on the level of terrorism and North Korea’s nuclear program.

“DoD recognizes the reality of climate change and the significant risk it poses to U.S. interests globally,” a 2015 Pentagon report stated.

Climate change also imperils the Navy’s largest base, Naval Station Norfolk. A 2014 report by the Army Corps of Engineers noted that about 1.5 feet of sea level rise is the “tipping point” for the Virginia base. After that point, risk to infrastructure will jump dramatically. But the base has no plan to address the threat.

“The effects of a changing climate—such as increased maritime access to the Arctic, rising sea levels, desertification, among others—impact our security situation. I will ensure that the department continues to be prepared to conduct operations today and in the future,” Mattis stated in March 2017.

Wednesday’s report, however, suggests that the Pentagon has much more work to do.

President Just Signed Bill That Says Climate Change a National Security Risk, But Does He Know That?