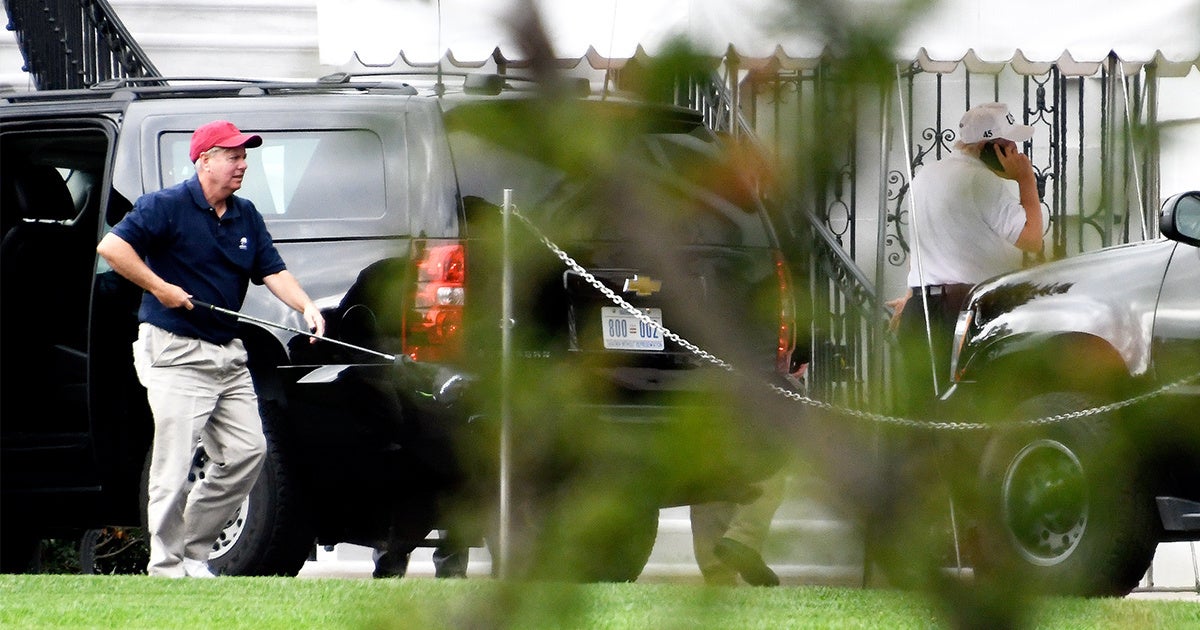 Senator Graham returns after playing a round of golf with Trump on Oct. 14, 2017 in Washington, DC. Ron Sachs – Pool / Getty Images

Lindsey Graham, the South Carolina Senate Republican who has been a close ally of Donald Trump, did not mince words last week on the climate crisis and what he thinks the president needs to do about it.

“I would encourage the President to look long and hard at the science and find a solution. I’m tired of playing defense on the environment,” he said in a news conference alongside other GOP lawmakers who gathered to announce the formation of the Roosevelt Conservation Caucus, which will “embrace and promote constructive efforts to resolve conservation and environmental problems,” as USA Today reported.

The group of House and Senate Republicans formed a list of priorities to address, including public land access, water quality and ocean pollution. The new caucus named themselves after Teddy Roosevelt, the ardent outdoorsman who founded the National Parks Service.

“When nine out of 10 scientists say (carbon dioxide) emissions are creating a greenhouse gas effect and the planet is warming up, I believe the nine and not the one,” Sen. Graham said, as South Carolina’s Post and Courier reported.

Noting that Republicans seemed out of step with the general public and ignored the climate crisis at their own peril, Graham added, “We will win the solution debate, but the only way you’re going to win the debate is admit we’ve got a problem. Let’s talk about climate change from the innovative and not the regulatory approach.”

This is not the first time Graham has differed with Trump on the climate crisis. Two years ago, he asked Trump to keep the U.S. in the Paris agreement. And, in April, he said, “Climate change is real, the science is sound and the solutions are available. If I told Trump that [special counsel Robert] Mueller thinks climate change is a hoax, we’d be well on our way,” as CNN reported.

In announcing the Roosevelt Conservation Caucus, Graham showed a difference of opinion from the president, but he did not put forth any new ideas, nor did he back bold action. In fact, he used the moment to take a swipe at Democrats, calling the Green New Deal “crazy economics.”

“Innovation is going to do more to solve this problem than any government mandate,” he said. “We believe our friends on the other side care about the environment, but they care so much they’re going to destroy the economy in the name of saving the environment,” as The Hill reported.

The Republican group hinted that that plans for a carbon tax, climate-resilient infrastructure and increased funding of clean energy research will be some of their first proposals, according to the National Review. And Sen. Lisa Murkowski, R-Alaska, added that environmental responsibility means addressing ocean plastics, but she did not specify how, as the Post and Courier reported.