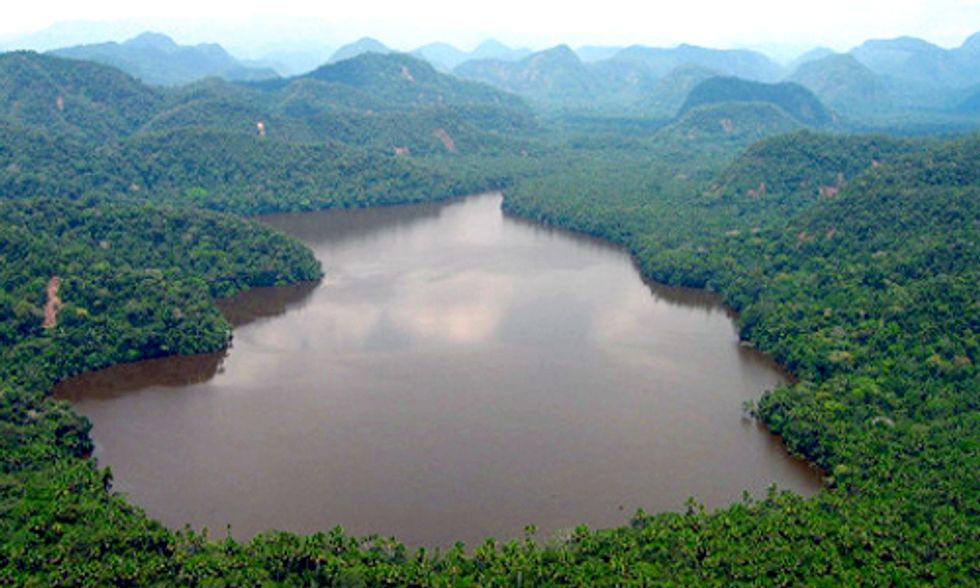 Peru is the country chosen to host the 2014 United Nations (UN) climate conference, a key meeting for trying to advance an ambitious plan to rein in greenhouse emissions which is planned for agreement in 2015.

Scientists think Peru's role reversal from being a carbon sink to a net emitter of CO2 in 2012 is result of droughts in the western Amazon. Photo credit: tadd_debbie /Flickr

But the country has recently earned a rather more dubious distinction. In 2012, for the first time, the Peruvian Amazon became a net emitter of carbon dioxide (CO2) rather than oxygen, according to the latest human development country report of the UN Development Programme (UNDP).

The Amazon rainforest usually acts as a carbon sink, absorbing atmospheric CO2 rather than releasing it. Scientists think this reversal of its normal behavior results from the droughts in the western Amazon in 2005 and 2010 and say it shows Peru's vulnerability to climate change.

Peru has more than halved its poverty rate in the last decade, from 48.5 percent in 2004 to 25.8 percent in 2012. But the 2013 UNDP report said its vulnerability to a warming climate could cancel the progress it has made in directing economic growth into sustained poverty reduction.

One of the UNDP report's authors, Maria Eugenia Mujica, said: "If we disregard [environmental] sustainability, whatever progress we have made in poverty reduction or improvement of human development will just be erased due to climate change."

Peru's economic success is in some cases directly linked to activities which contribute to climate change, for example illegal gold mining and logging, and the cocaine trade—all of them environmentally destructive, but lucrative.

"The growth does not come from education or health, but from predatory activities, like [resource] extraction and mining," said Francisco Santa Cruz, another of the report's authors.

Peru is trying to protect itself against the ravages of a warmer world, but the odds are against it. It recently announced plans to invest $6 billion USD in renewable energy projects: around the same time came predictions that climate change could cost between 8 percent and 34 percent of its GDP. A report by the Inter-American Development Bank has said the entire Latin American and Caribbean region will face annual damages from global warming of about $100 billion USD by 2050.

The Global Canopy Programme and the International Center for Tropical Agriculture, describing climate change as "a threat multiplier," called in a report this month for a new security agenda for Amazonia and the countries of the region.

Manuel Pulgar, Peru's environment minister, said at the report's launch: “Climate change is a global problem, but one that will multiply local and regional problems in unforeseeable ways."

"In Latin America, we have taken Amazonia and its seemingly limitless water and forests as a given," Pulgar continued. "But recent unprecedented droughts have shown us just what happens when that water security falters.

"It impacts food and energy production, it affects the wellbeing of entire populations, and it leaves governments and businesses with a big bill to pay," Pulgar concluded. "The science is clear, so we cannot afford to miss the opportunity for positive action now.”