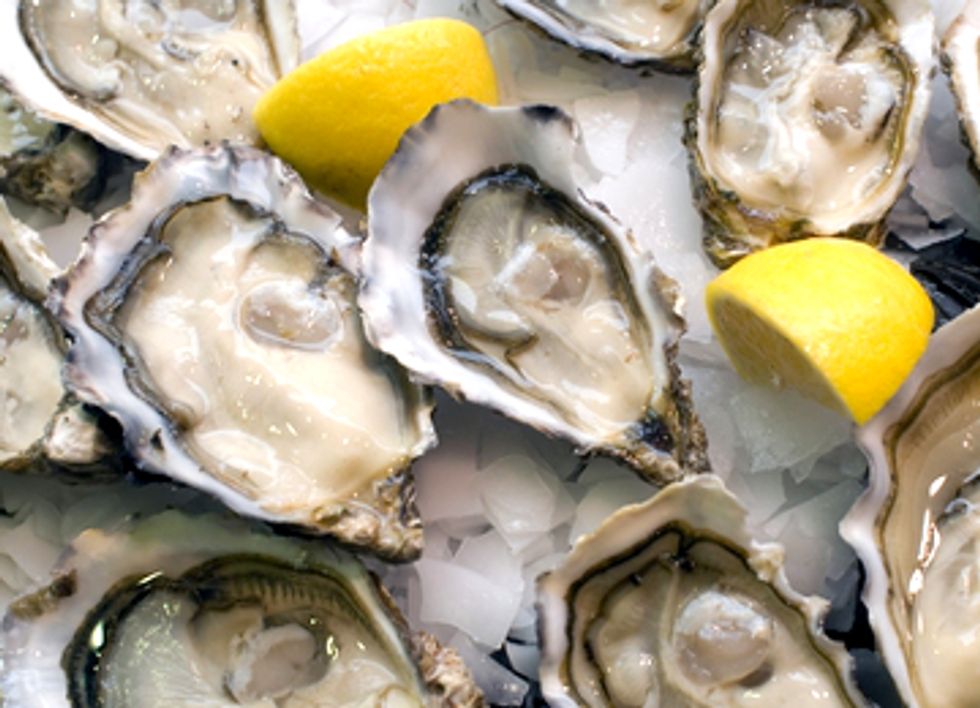 Bad news for American gourmets: the commercial oyster industry in the Pacific Northwest has been failing for several years, and may go on failing as increasingly acid oceans put the larvae of the bivalve Crassostrea gigas seriously at risk.

The good news is that U.S. scientists now know exactly why things are going wrong in the oyster beds, which opens up the possibility of commercial hatcheries finding ways to get around the problem.

First, the facts: as carbon dioxide (CO2) levels in the atmosphere rise inexorably, so the gas dissolves in water and falls as a very weak carbonic acid rain, with a subtle but measurable change in the pH values of the planet’s oceans.

There have always been dissolved gases in rainwater, but as long as pH levels remain stable, the oceans' corals and molluscs not only adapt, they subtly exploit the water chemistry to build stronger bones and shells.

Instead, water high in dissolved CO2 tends to alter the shell formation rates, the energy usage and ultimately, the growth and survival of young oysters.

Females tend to produce eggs by the million as water temperatures reach around 20 degrees Celsius. Once fertilized and hatched, the embryos have about two days to start building a shell. Raised CO2 levels in the water impose an extra energy cost for the little shell-builders.

Mature oysters can take their time and assemble calcium carbonate production more slowly, but larvae don’t have the time. Their only energy supply is the nourishment in the egg.

“From the time eggs are fertilized, Pacific oyster larvae precipitate roughly 90 percent of their body weight as calcium carbonate shell within 48 hours,” Dr. Waldbusser says. “They must build their first shell quickly on a limited amount of energy—and, along with the shell, comes the organ to capture external food."

“It becomes a death race of sorts. Can the oyster build its shell quickly enough to allow its feeding mechanism to develop before it runs out of energy from the egg?”, the report asks.

Armed with this insight into oyster bed ecology, the scientists say, there are interventions that can be introduced at hatcheries that may offset some of the effects of ocean acidification. Some hatcheries have started to “buffer” the water supplies in commercial hatcheries that supply the marine and estuary oyster beds—essentially, adding antacids to incoming waters.

However, what may be hopeful news for fish farmers may not be such good news for the wild oyster, which will no doubt experience more stress in its native waters as CO2 levels go on rising.

The research matters at one level because Pacific oyster farming is now a billion-dollar business, and at another because it exposes something of the intricate connection between sea-dwelling creatures and the chemistry of the sea.

It is also a reminder that any creature faces different hazards at every stage of its life cycle.

“We suggest that the predictions of winners and losers in a high CO2 world may be better informed by calcium carbonate kinetics, bioenergetics, ontogeny and life-history characteristics than by shell mineralogy alone,” said the report’s authors.