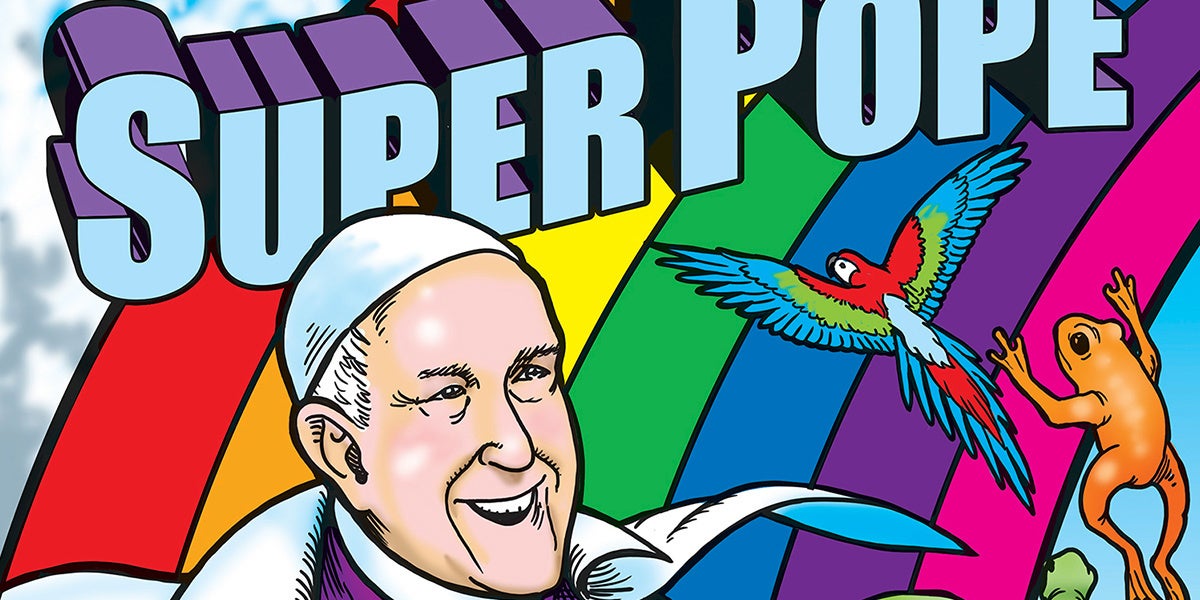 The Earth could use some climate-change-fighting superheroes right about now. And according to a new comic series by the nonprofit Amplifier, there are a few real-life ones in our midst.

Thirteen of them, actually.

On Earth Day, April 22, Amplifier released the comic art series #MyClimateHero, portraying leaders of the modern climate justice movement. Amplifier is a Seattle-based art design lab that facilitates art aimed at “amplifying the voices of social change,” according to its website.

“#MyClimateHero tells the story of modern climate leaders building unprecedented cooperation, driving action and creating space for those most impacted to share their knowledge and perspectives,” said Amplifier chief of staff Tamara Power-Drutis.

Comic artists designed the series, which also features interviews and excerpts of the superheroes. Amplifer released all artwork for free download on its website.

Here is a look at the series. 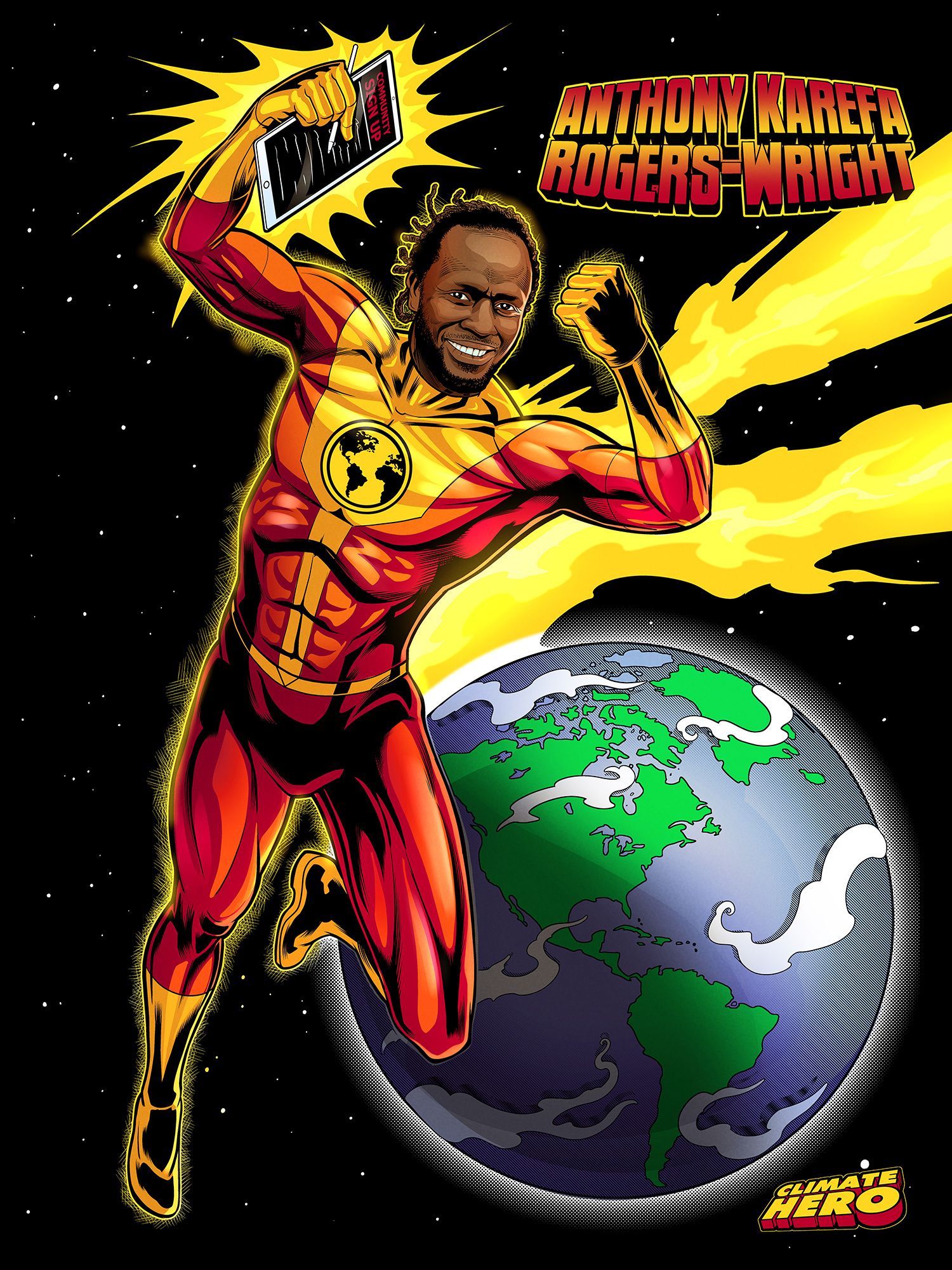 “Leadership in itself must come from frontline communities, which includes Native American, Black, Brown and low-wealth folk,” said Anthony Karefa Rogers-Wright. “Leaders and everyone in this work understand that it takes a lot of work to better understand the needs of these communities and the need to support them more. … The frontlines are also our First Line of defense in the climate fight, [and] they are and must be the foundation. The Environmental community is also realizing, albeit slowly, the need to establish the nexus between racial justice and the climate struggle, and this is a good thing.”

Founder and director of Data-Driven Yale 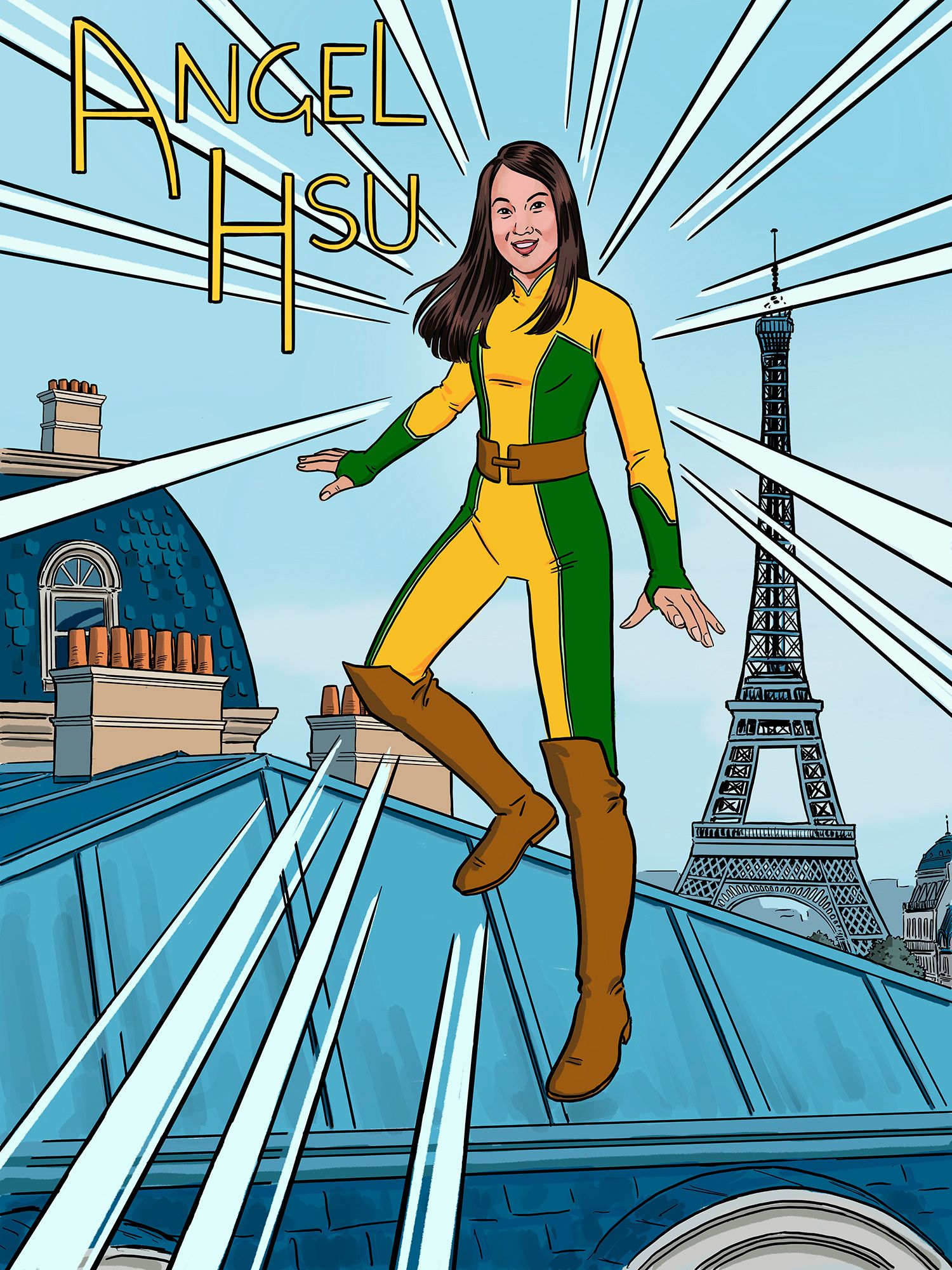 “Modern climate heroes are needed now more than ever because climate change is worsening and accelerating,” said Angel Hsu. “In my field of work, modern climate heroes are those individuals, companies, organizations and governments who take actions to slow climate change while transparently sharing what it is they are doing. We don’t have a good sense, collectively, of how well policies and initiatives designed to tackle climate change are working because there is not enough available data to assess these efforts.”

Director of the Hayden Planetarium 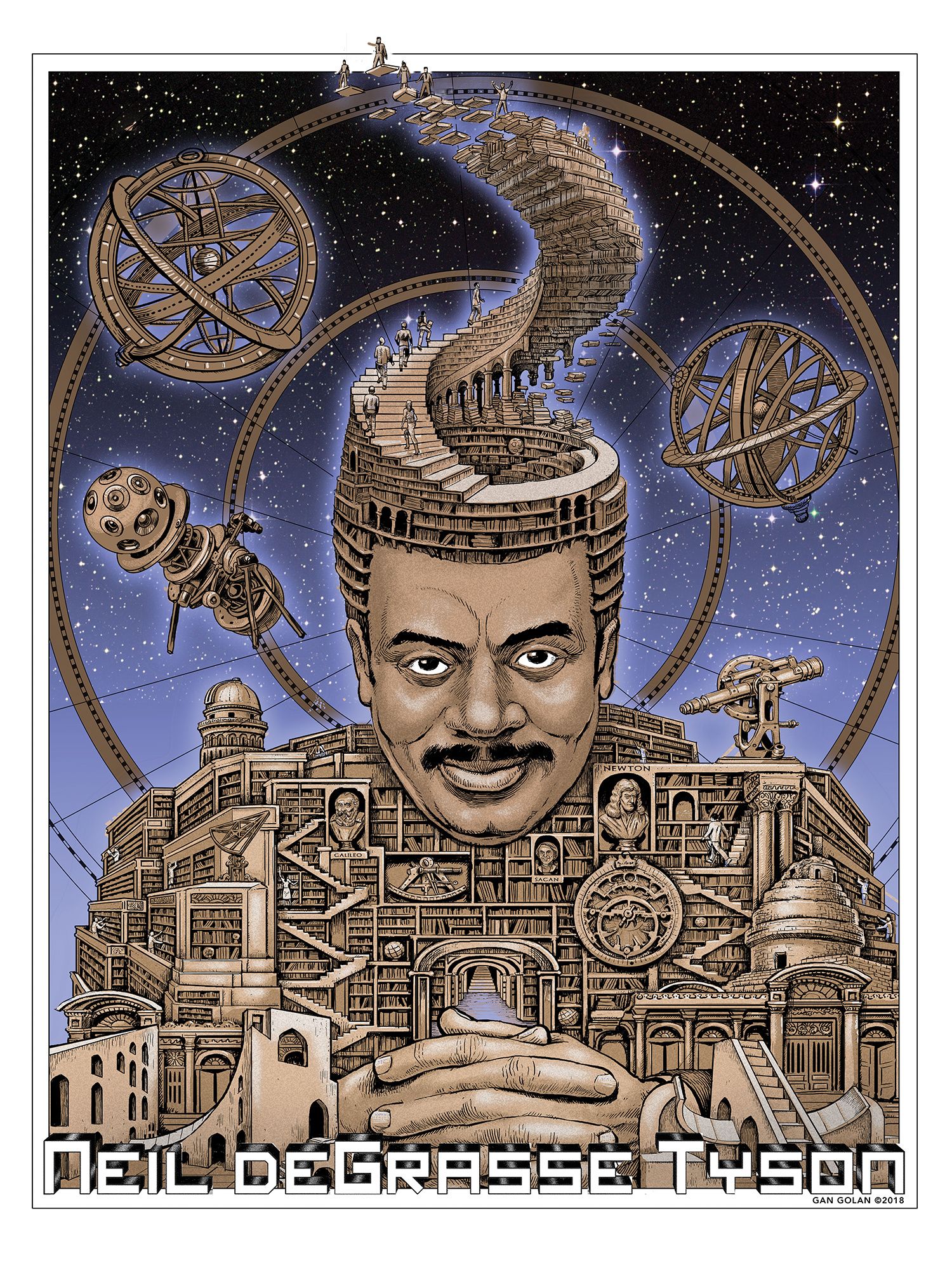 “As a voter, as a citizen, scientific issues will come before you,” said Neil deGrasse Tyson in the film Science in America.“And isn’t it worth it to say, ‘Alright, let me at least become scientifically literate, so that I can think about these issues and act intelligently upon them.’ Recognize what science is, and allow it to be what it can and should be: in the service of civilization. It’s in our hands.” 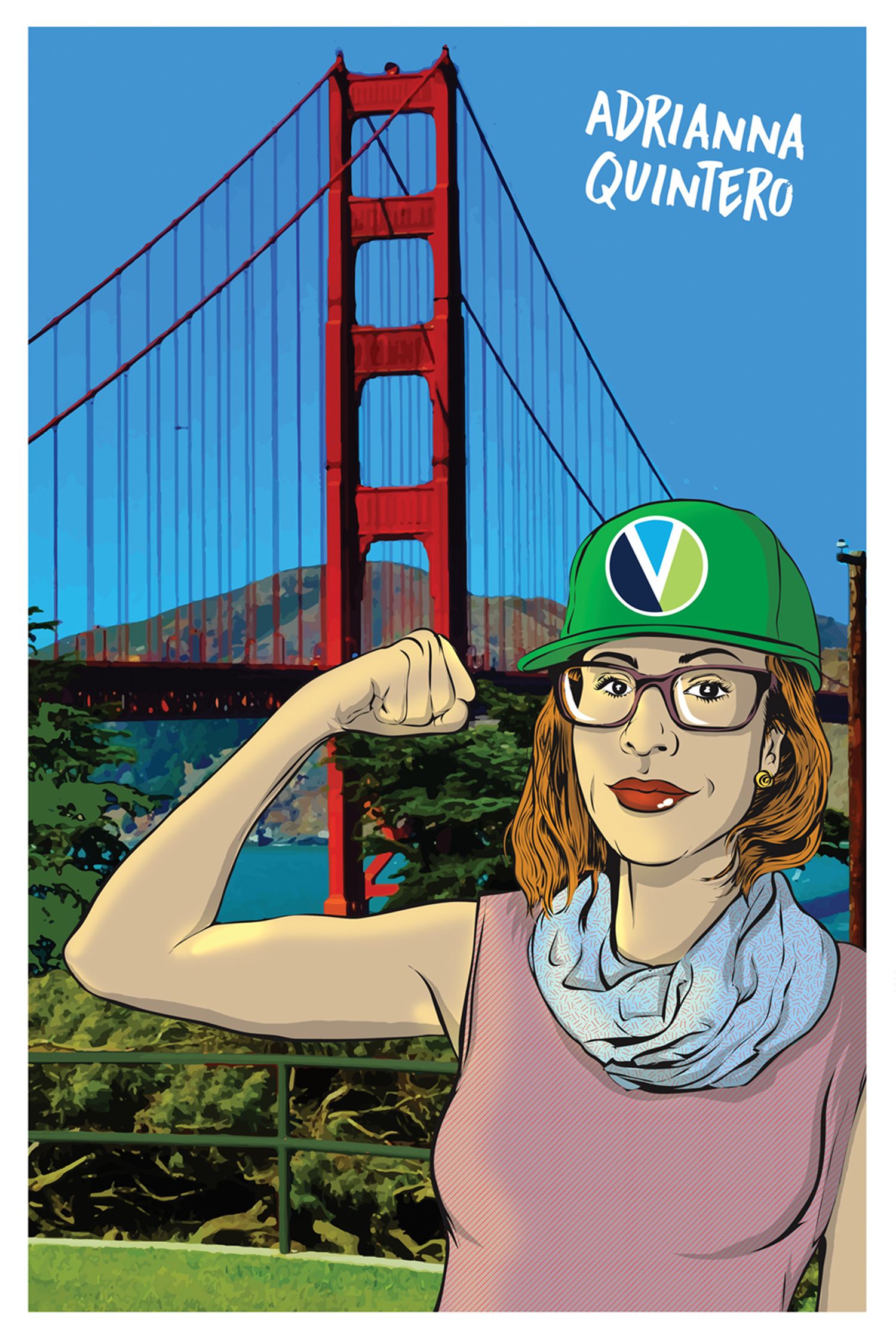 “An open and inclusive movement with people of all types working together, not because we call ourselves environmentalists, but because we have a shared vision for a healthy environment and a better future for everyone is stronger than any polluter,” said Adrianna Quintero. We just need to believe in ourselves and stand strong to fight for what’s right. Our future depends on it.” 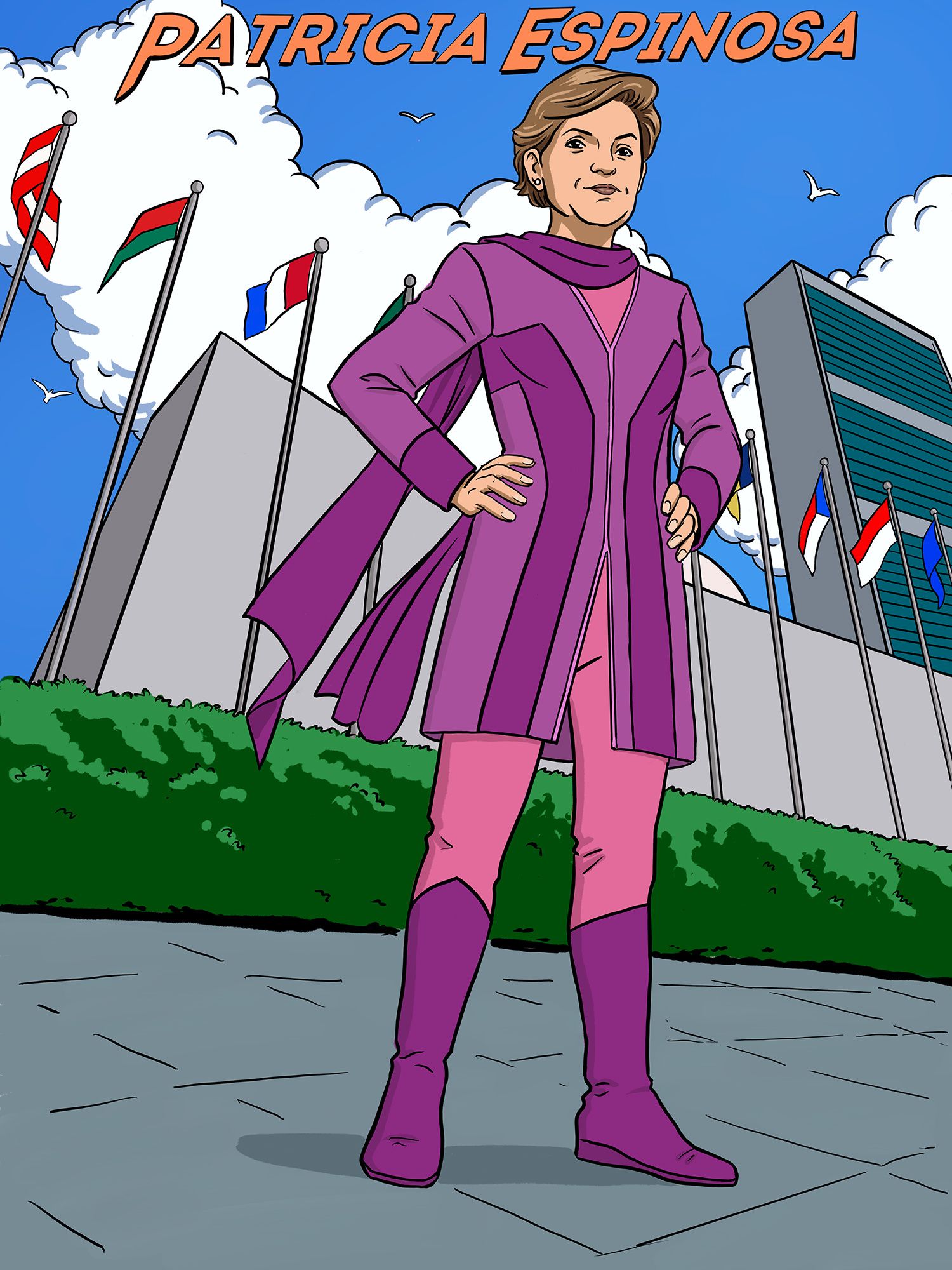 “When it comes to climate change, we need women at the negotiating tables, in boardrooms and as the heads of businesses, in the streets and in the fields,” said Patricia Espinosa at the UN Climate Change Conference in Bonn on November 13, 2017. “After all, we know that gender equality and empowerment of women and girls is key to successfully meet our climate and sustainable development goals. So, it is important that we work together to make sure that women’s voices are heard, but furthermore, that women are involved in making the key decisions that will lead to a better tomorrow for all.” 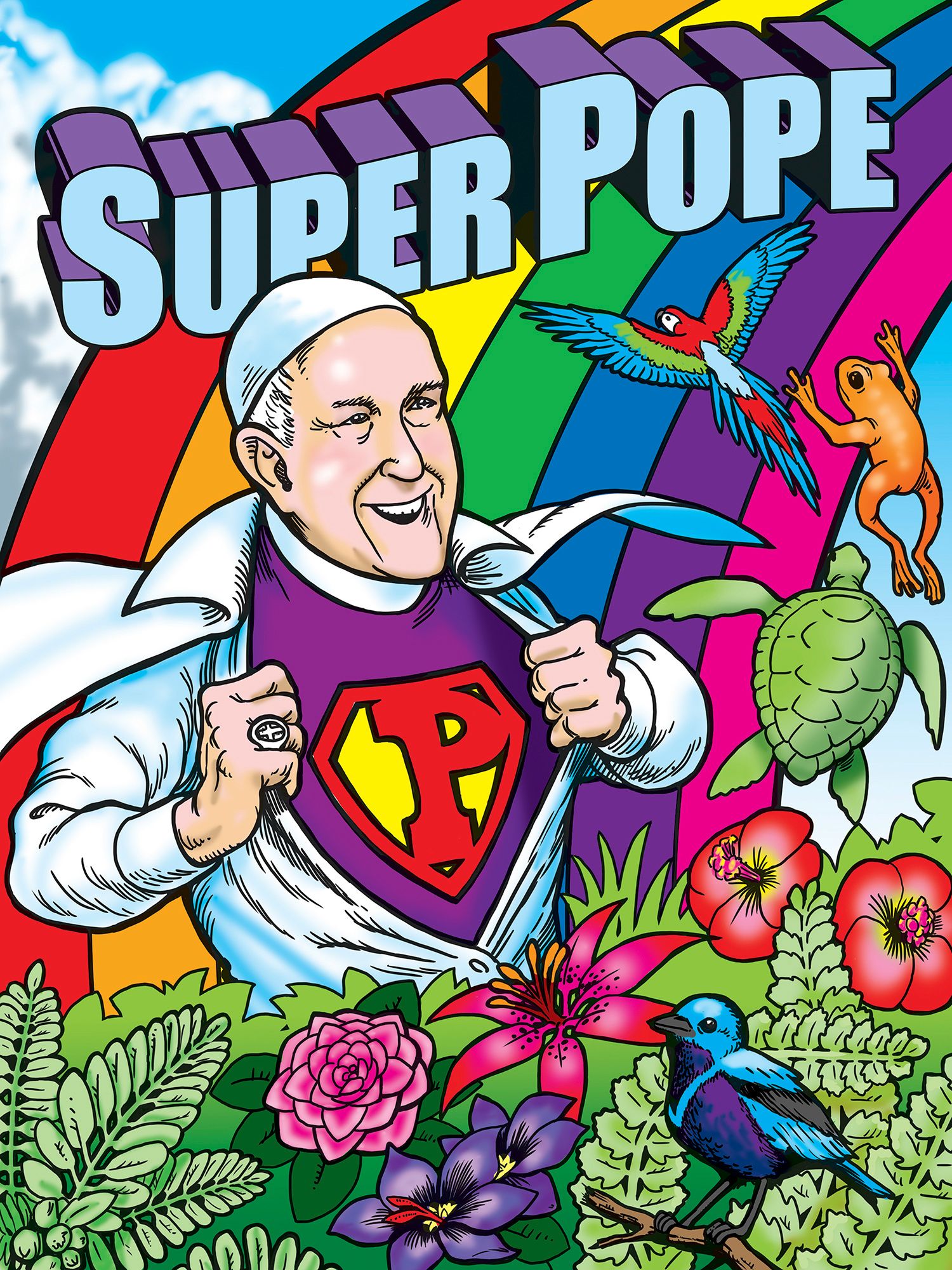 “Particular appreciation is owed to those who tirelessly seek to resolve the tragic effects of environmental degradation on the lives of the world’s poorest,” said Pope Francis in the Encyclical Letter Laudato Si’ of the Holy Father Francis on the Care for Our Common Home, published June 2015.

“Young people demand change. They wonder how anyone can claim to be building a better future without thinking of the environmental crisis and the sufferings of the excluded. I urgently appeal, then, for a new dialogue about how we are shaping the future of our planet. We need a conversation which includes everyone, since the environmental challenge we are undergoing, and its human roots, concern and affect us all.” 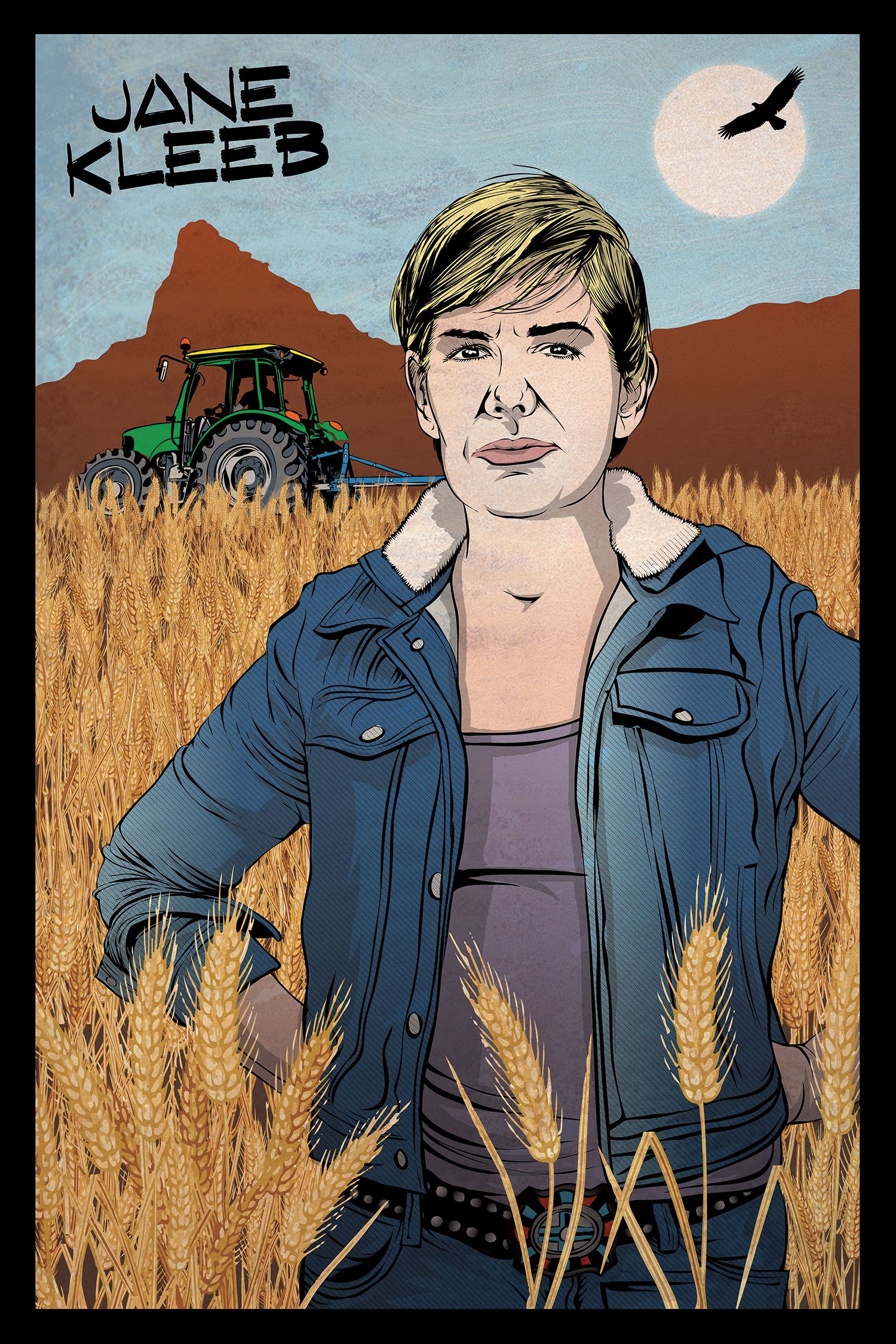 “Environmentalists are not only living on the coasts of our country or in big cities. Ranchers, farmers, Native Americans in rural states work every day to protect the land and water for future generations,” said Jane Kleeb. “Some people think those of us that live in rural communities are ‘backwards,’ or don’t care about climate change. However, the reality is, if we don’t take care of the land and protect the water, we also can’t grow crops or raise cattle. Pipelines are threatening not only climate change, but the very way of life in rural and small towns.”

President and CEO of the Hip Hop Caucus 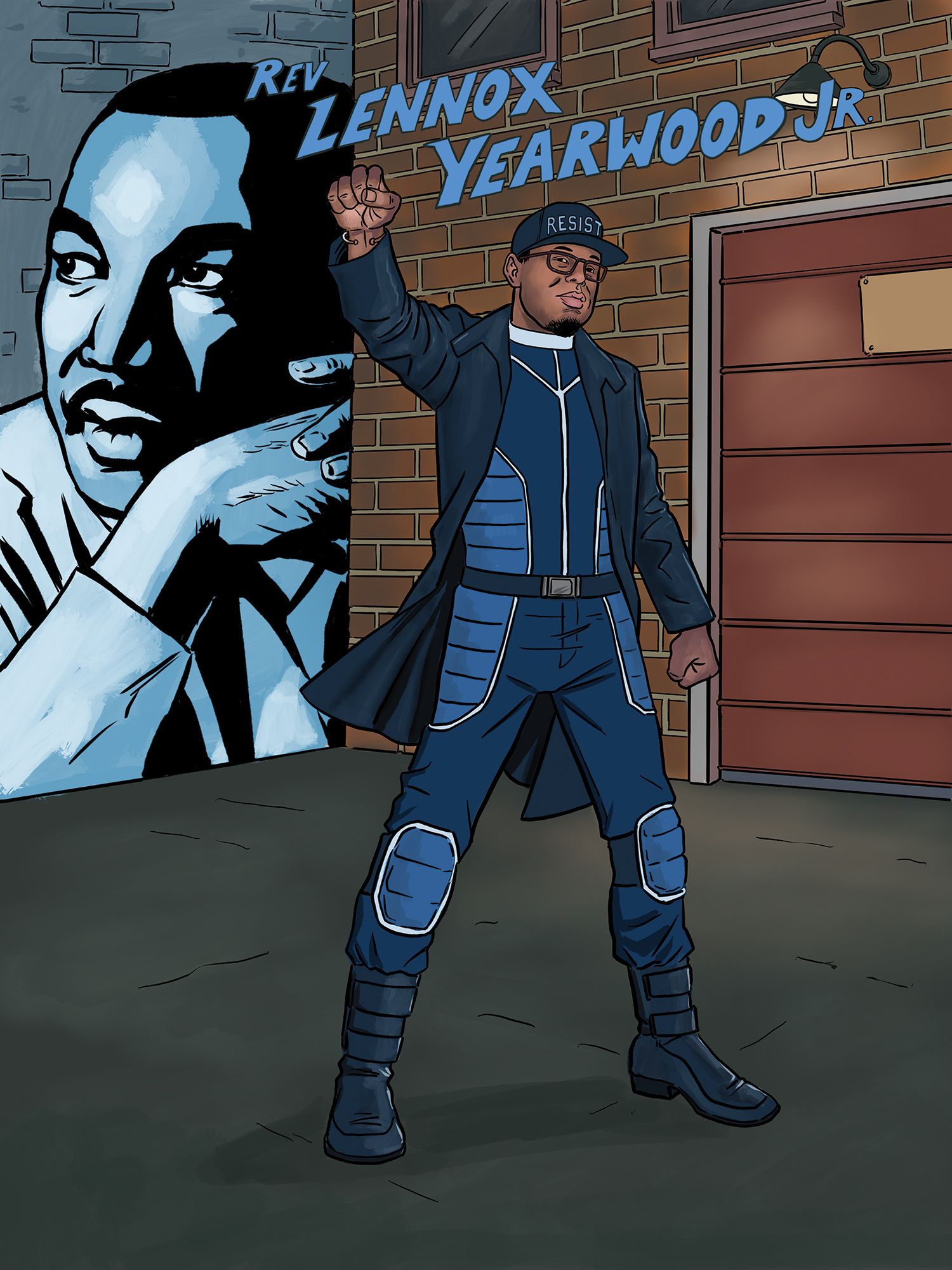 “I also think of all the various efforts within the climate and environmental movement that are meant to broaden and grow the movement in numbers and diversity,” said Rev. Lennox Yearwood Jr. for HuffPost. “And I think, all those efforts will not be as successful as they should be until there is true recognition of what it means to march for climate as a person of color, and until there are meaningful things put in place to create a multicultural movement that accounts for the different experiences we have even at the same climate march, let alone in the same country, and certainly on the same planet.”

Founder and executive director of the Environmental Voter Project 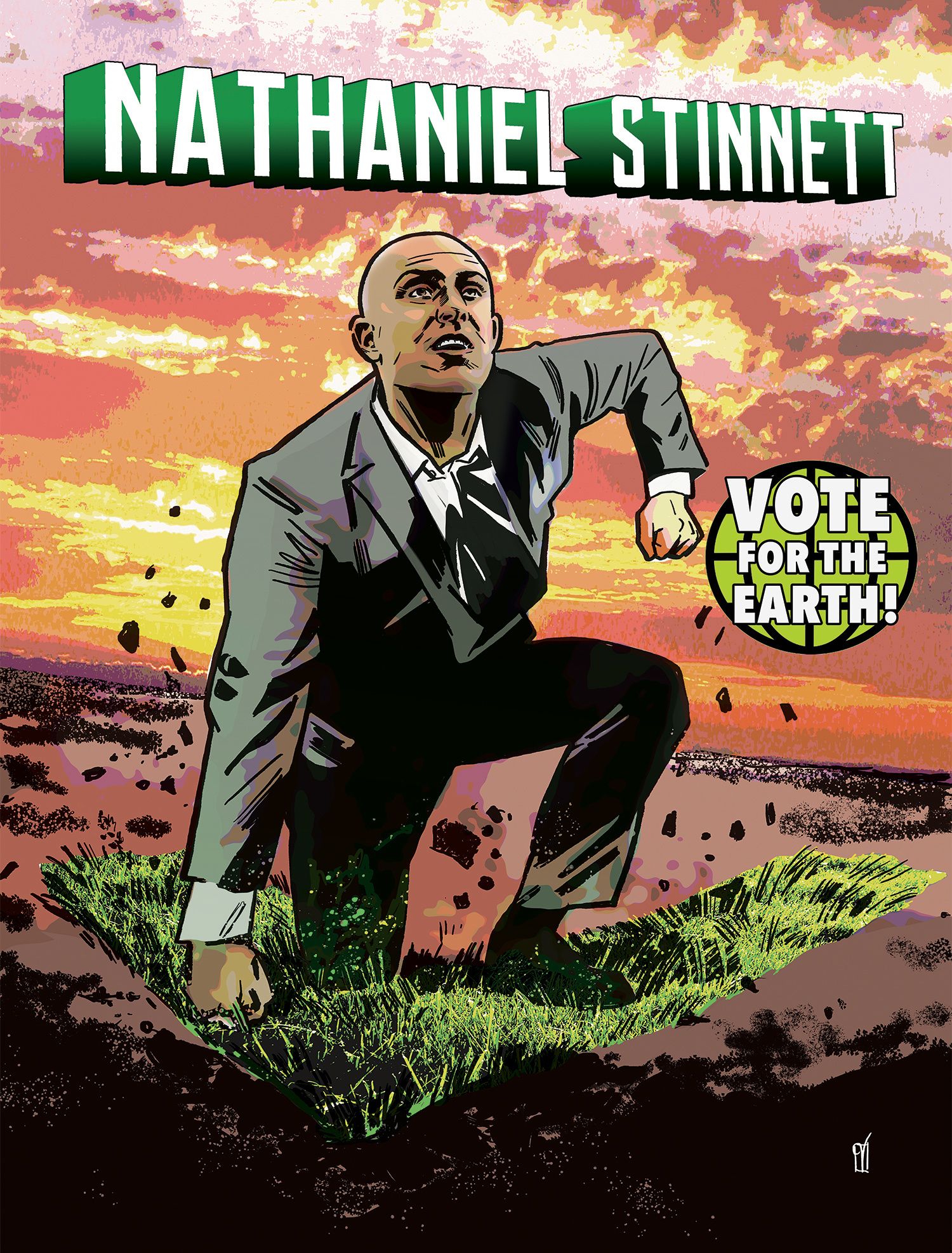 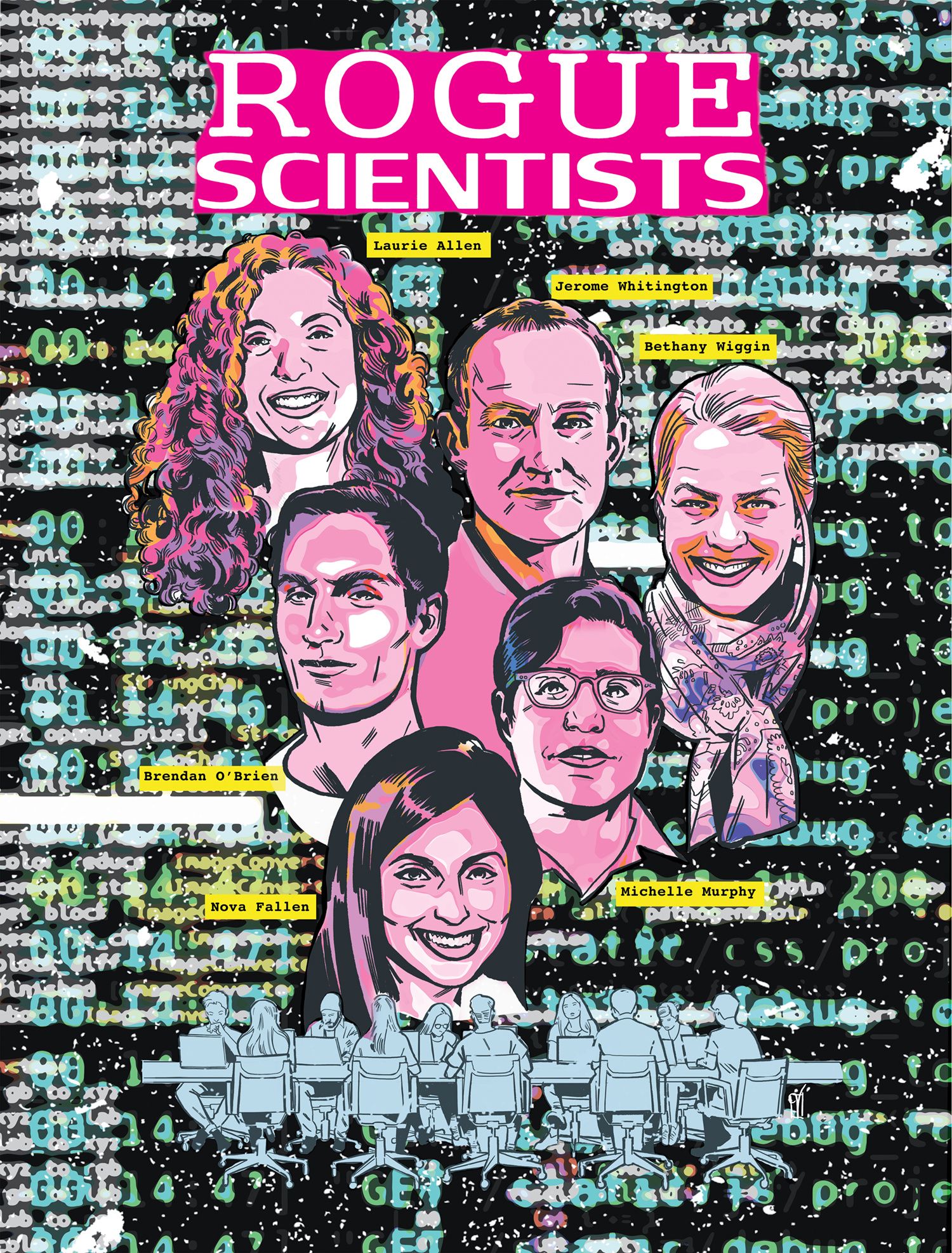 “Data Refuge launched November 2016 in Philadelphia to draw attention to how climate denial endangers federal environmental data,” excerpted from the Data Refuge website. “With the help of thousands of civic partners and volunteers, the project has rapidly spread to over fifty cities and towns across the country.”

Expedition lead and co-founder of SeaLegacy 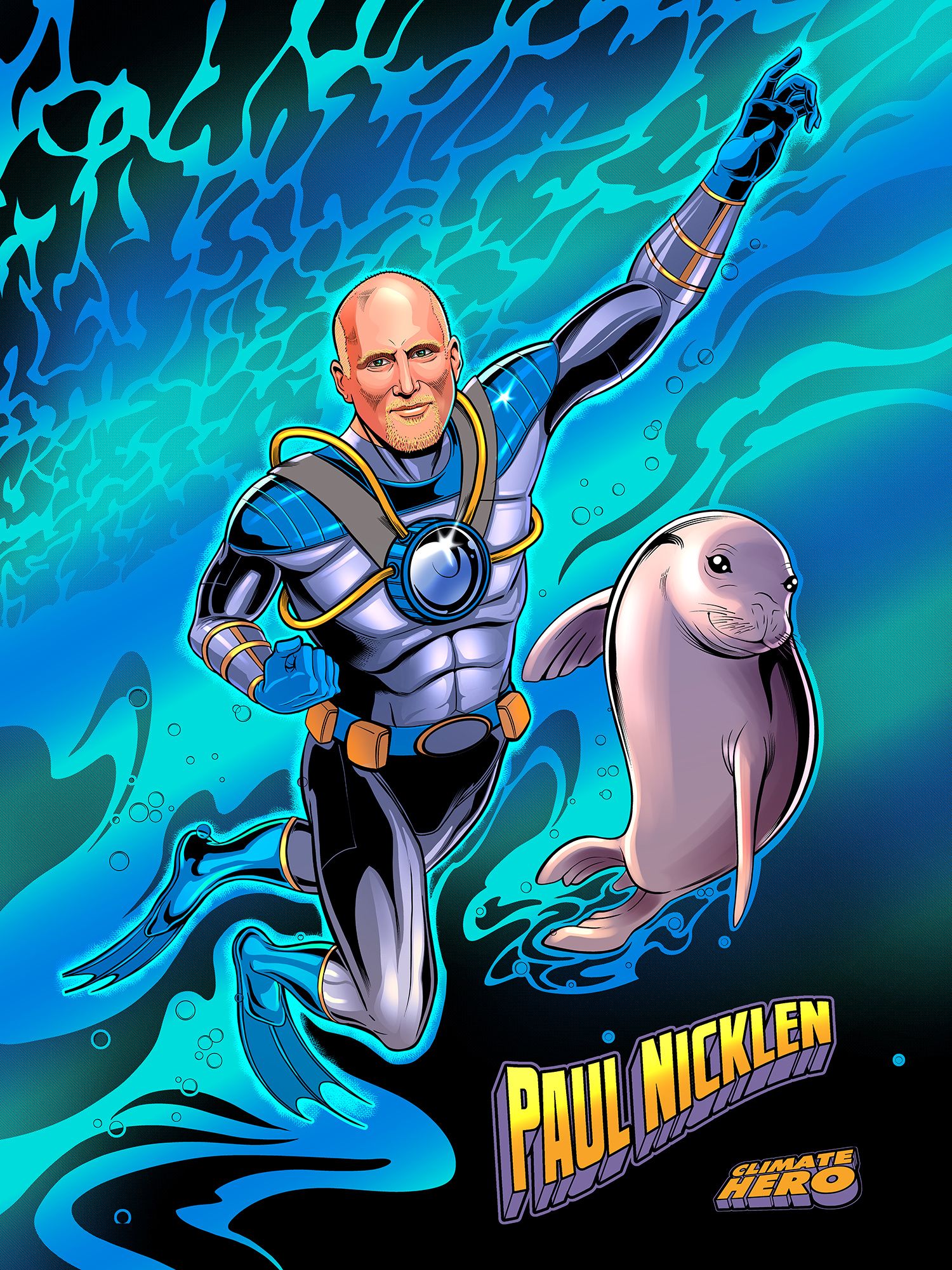 “At SeaLegacy, and through my own platforms, we can engage with millions of people, in real time, every day,” said Paul Nicklen. “That is something that was unheard of even just two years ago. With this huge distribution channel comes an even greater responsibility to merge science with art and storytelling so that we can maximize this unprecedented opportunity to make the change we need to ensure this planet is going to survive—change that the majority of people want and know is necessary.” 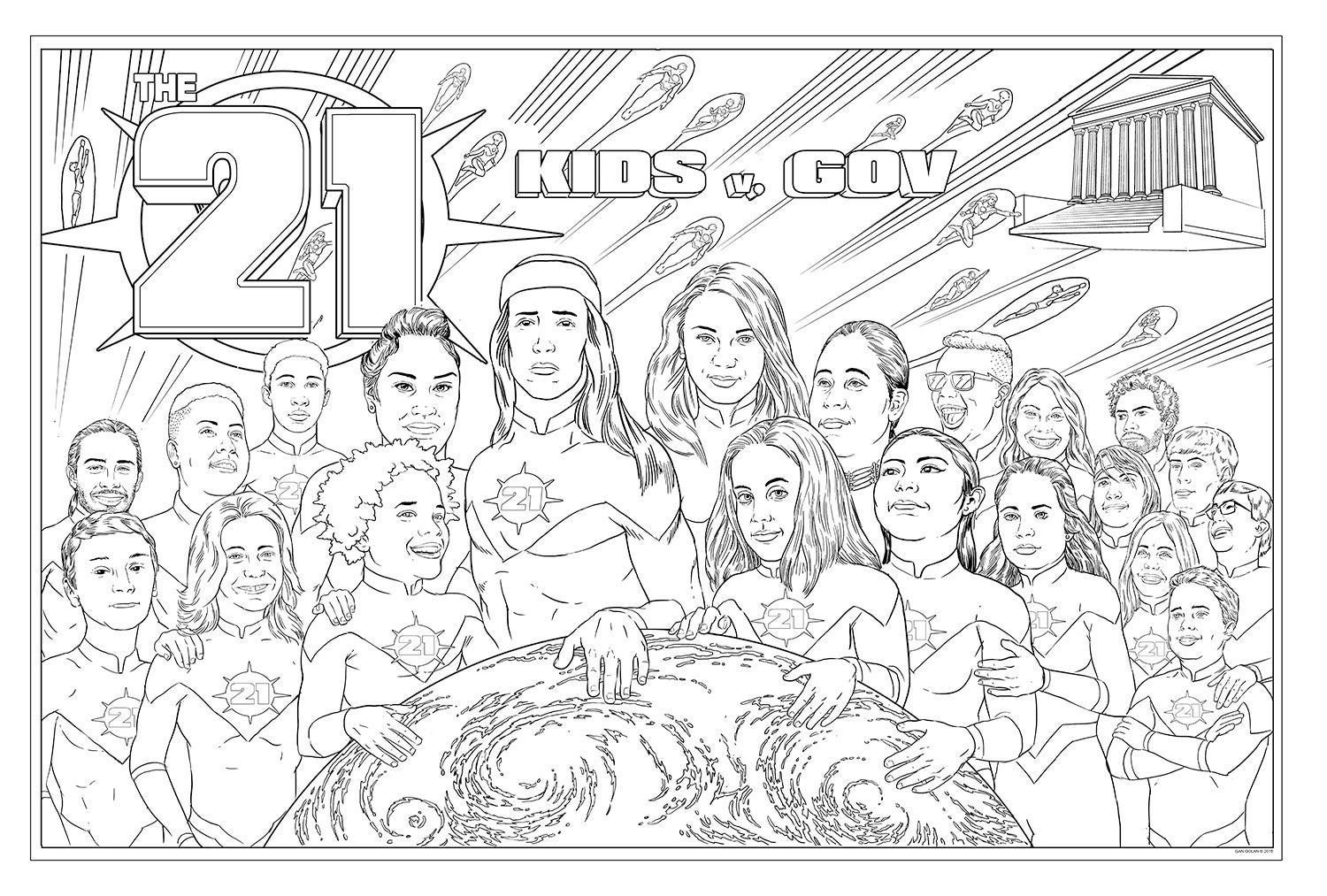 “I’m grateful that my fellow plaintiffs and I can have our voices heard, and that climate science can have its day in court,” said Victoria Barrett, plaintiff from White Plains, New York, in a March 7, 2018 news release by Our Children’s Trust. “The Trump administration tried to avoid trial, but they can’t ignore us. Our future is our choice and I believe the courts will stand with our constitutional rights.” 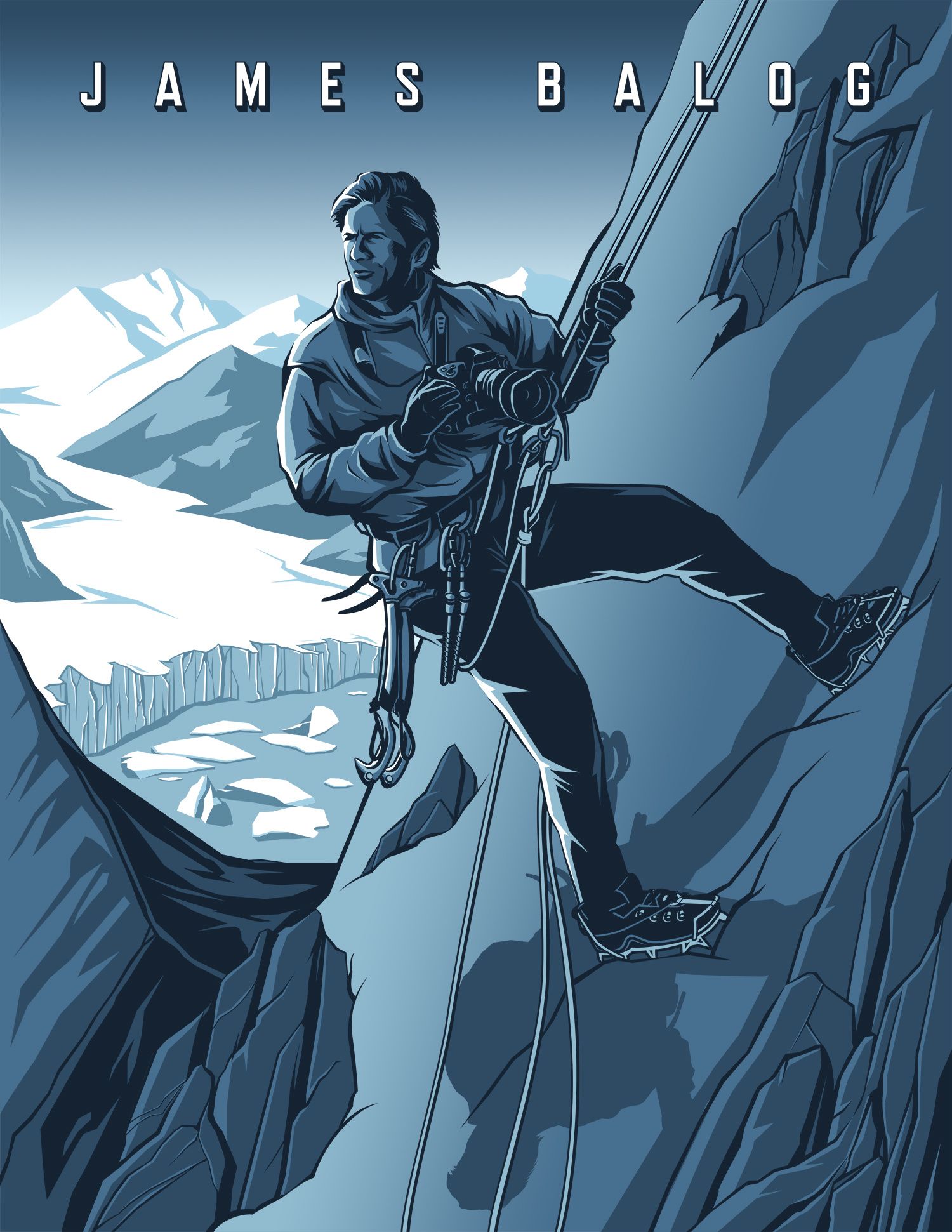 “I have found repeatedly that no matter what somebody’s preconception was about climate change, if I could get them in the room and show them in a gentle and impartial way what our team has observed in the world, they realize through their intellect and their hearts that this is real,” said James Balog in an interview by Stephen Lacey for ThinkProgress. “And I’ve had many audiences with climate skeptics or climate deniers in the room—in many cases the majority—and I still have wound up with standing ovations from those crowds. The witnessing that we’ve done is powerful and it seems to inspire people to know that there are others who risk their lives and their careers for this cause.”