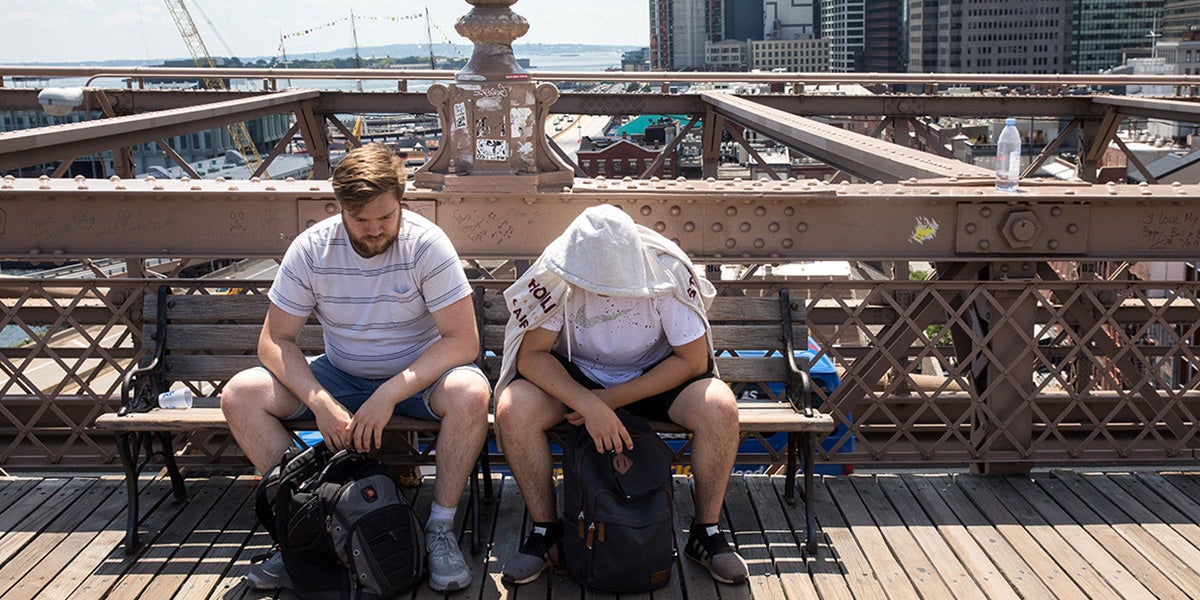 As a summer of record high temperatures continues, a sobering new study suggests that more summers like this could have serious mental health consequences.

The study, published in Nature Climate Change Monday, found that, for every one degree Celsius increase in average monthly temperature, suicide rates go up by 0.7 percent in U.S. counties and 2.1 percent in Mexican municipalities, adding suicide to the list of deadly consequences of climate change.

The researchers calculated that if nothing is done to reduce carbon dioxide emissions, the projected temperature increases would lead to an additional nine to 40 thousand suicides in the U.S. and Mexico by 2050.

That is more than the deaths that would be expected due to a one percent increase in unemployment due to recession, The Guardian reported.

Crucially, the study found that, if global warming continues unchecked, there isn’t much that can be done to reduce the mental health risks of higher temperatures. When researchers controlled for the presence of air conditioners, they found they didn’t mitigate the increased suicide rate linked to hotter temperatures outdoors.

The researchers also found that their results held true for everyone regardless of region, gender, month or access to guns.

It therefore counteracts the muted optimism of studies like a 2017 paper published in Science and highlighted by The Atlantic that found climate change would have economic benefits in some parts of the Pacific Northwest and New England.

“‘Climate change is going to generate winners and losers’—this is a phrase you hear all the time,” Burke told The Atlantic. “But for this outcome, it’s all losers. There are no winners. We find these strong linear relationships everywhere when you crank up the temperature.”

Because the researchers controlled for so many variables, it made their findings more rigorous.

“I found the results compelling and the methodology strong,” University of Pennsylvania epidemiology and biostatistics professor Gregory Tasian, who was not involved with the research, told The Atlantic.

“It fits very well into the overall narrative about the effect of climate change and high temperatures on human health—and it incorporates another aspect of human health which is often neglected, which is mental health,” he said.

The researchers also looked at social media posts during higher temperatures and found an uptick in words signalling depression, like alone, bleak, lonely and trapped, according to The Guardian.

One theory for why this might happen is that, as the body attempts to cool itself during higher temperatures, the way blood flows to the brain is changed.

If you or anyone you know is experiencing thoughts of suicide, the National Suicide Prevention Hotline is 1-800-273-8255.