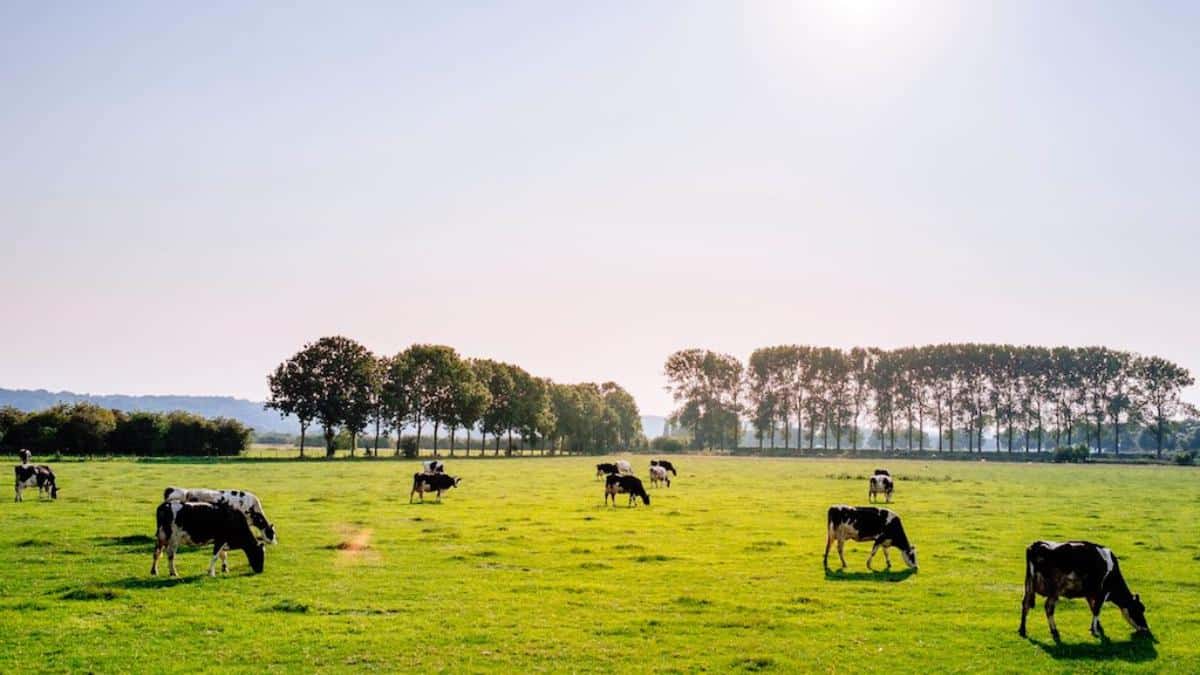 Since 1960, about 21 percent of global agriculture production, including livestock, tree farming, and traditional crops such as corn and soybeans, has been negatively impacted by climate change, according to a new study.

In the research published Thursday in Nature Climate Change, agriculture production is defined not just as crop yields or the amount of food or livestock grown, but the overarching energy and input it takes to produce food. This includes manual labor, fertilizers, water, and land. Unsurprisingly, agriculture production worldwide has grown over the last 60 years as a result of improved technologies and greater efficiency, primarily in higher income countries.

But the new study provides the latest evidence that climate change — and the subsequent increase in droughts, flooding, and extreme heat — has held back agricultural gains and impeded global food security efforts.

“People don’t yet realize that the climate has already changed,” Ariel Ortiz-Bobea, a Cornell economist and lead author of the new study, told EHN. “That’s not something that we often talk about, just about what the impacts will be 50 years from now.”

Using models similar to those created by climatologists to predict future climate trends, Ortiz-Bobea and his team charted climate data between 1960 and 2020, and compared it to a model where human-caused climate change never occurred.

They compared the “total factor productivity” between models: how does actual agricultural productivity over time compare to what it could have been without climate change?

“Climate change has basically wiped out about seven years of improvements in agricultural productivity over the past 60 years,” Ortiz-Bobea said in a statement.

In other words, if the world were to wave a magic wand and halt the planetary changes associated with greenhouse gas emissions and a warming climate, global agricultural production would have reached the level it is today back in 2013, said Ortiz-Bobea.

Ortiz-Bobea compared the situation to someone running with a strong wind at their front: As a runner attempts to make their way to the finish line, the wind is constantly pushing them back. They’re making progress but it’s slow compared to a windless day. In this scenario, climate change is the strong wind and the runner’s progress is farm production growth.

He noted that if climate change gets worse, a growing possibility as countries fail to set commitments that meet Paris agreement targets, it’s only a matter of time until agriculture production stalls. “[Climate change has] been happening for years, and as the magnitude keeps rising and rising it’s going to get harder to ignore,” he said

Ortiz-Bobea wasn’t expecting such a significant difference in farm production between models with and without climate change. “I didn’t even think that the result would be statistically significant,” he said. “I was expecting something much smaller, something almost imperceptible. But no matter how we sliced the data or looked at different variations of the econometric model, it was pretty consistent that it’s a substantial negative effect.”

The greatest climate impacts are seen in countries that are historically warmer such as those in Africa, Latin America, and Asia. As developing regions are often without the same technological advancement or management systems for agriculture, they face the greatest losses as unpredictable weather and warming events threaten crops and livestock. Ortiz-Bobea noted that this issue is as much an equity issue as it is an economic one.

The agriculture sector faces a unique problem in the way of climate change. Historically, the industry has relied on unsustainable practices that further greenhouse gas emissions. One example is in Brazil, where massive Amazon deforestation has taken place in an attempt to grow the country’s economy around cattle and soybean farming. The transformation of forests, a crucial carbon sink, into crop lands also contributes to rises in atmospheric carbon levels.

So what is the best way to produce more food without contributing to a cycle of climate change?

Ortiz-Bobea said that the solution is in a mix of mitigation and adaptation. “Despite all the new, very exciting technologies that we are coming up with like CRISPR, they will still take decades to have an impact,” she said. CRISPR is an increasingly popular technology that allows geneticists to modify DNA sequences and gene functions. Often touted as the solution to harmful birth defects in human genomes, conversations have arisen around the use of gene editing to increase food production for a rapidly growing population.

Ortiz-Bobea also highlighted the potential for soil-based strategies. “There are ways to increase soil health that allow soils to improve their water holding capacity, for example,” he said. “And so that improves the crop yields and allows farmers to weather the storm, no pun intended there, while at the same time it helps capture carbon from the atmosphere.”