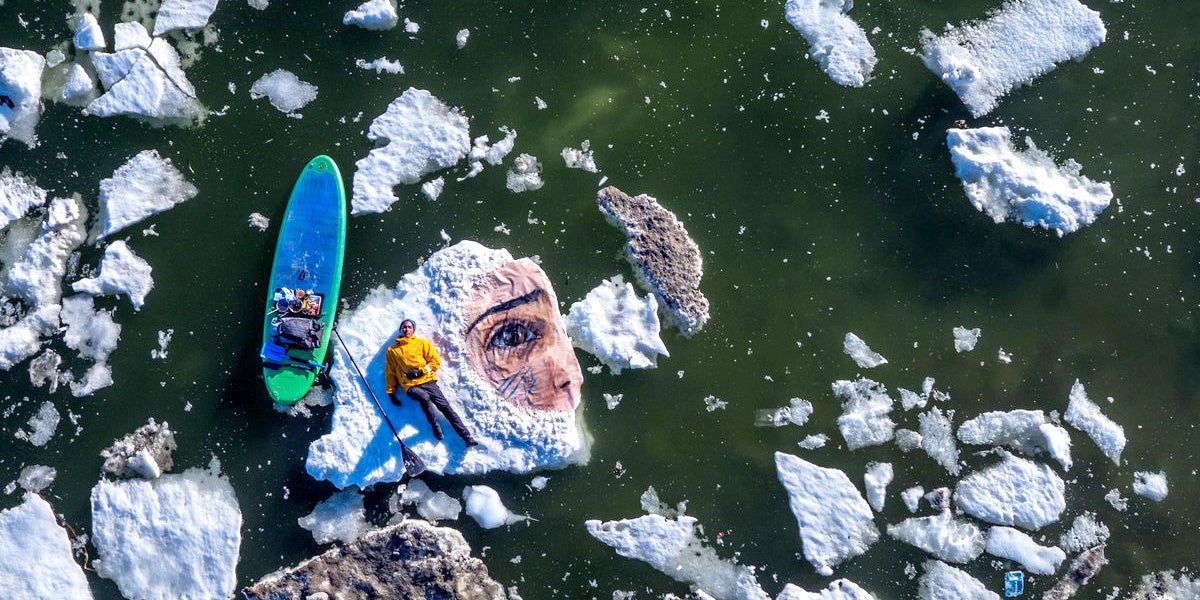 The image of a solitary polar bear stranded on a melting ice floe is the unofficial poster child of the climate movement. But the world’s climbing temperatures are threatening more than charismatic megafauna; people’s lives and cultural heritage are at risk, too. With his portraits, artist Sean Yoro is helping to put a human face on the climate change issue.

Yoro, aka “Hula,” grew up in Oahu, Hawaii. Now based in New York City, he honors his childhood love of the ocean with a unique approach to “street art,” painting semi-submerged murals on walls, shipwrecks and abandoned docks while perched atop a stand-up paddleboard. His latest canvas of choice? Sea ice. 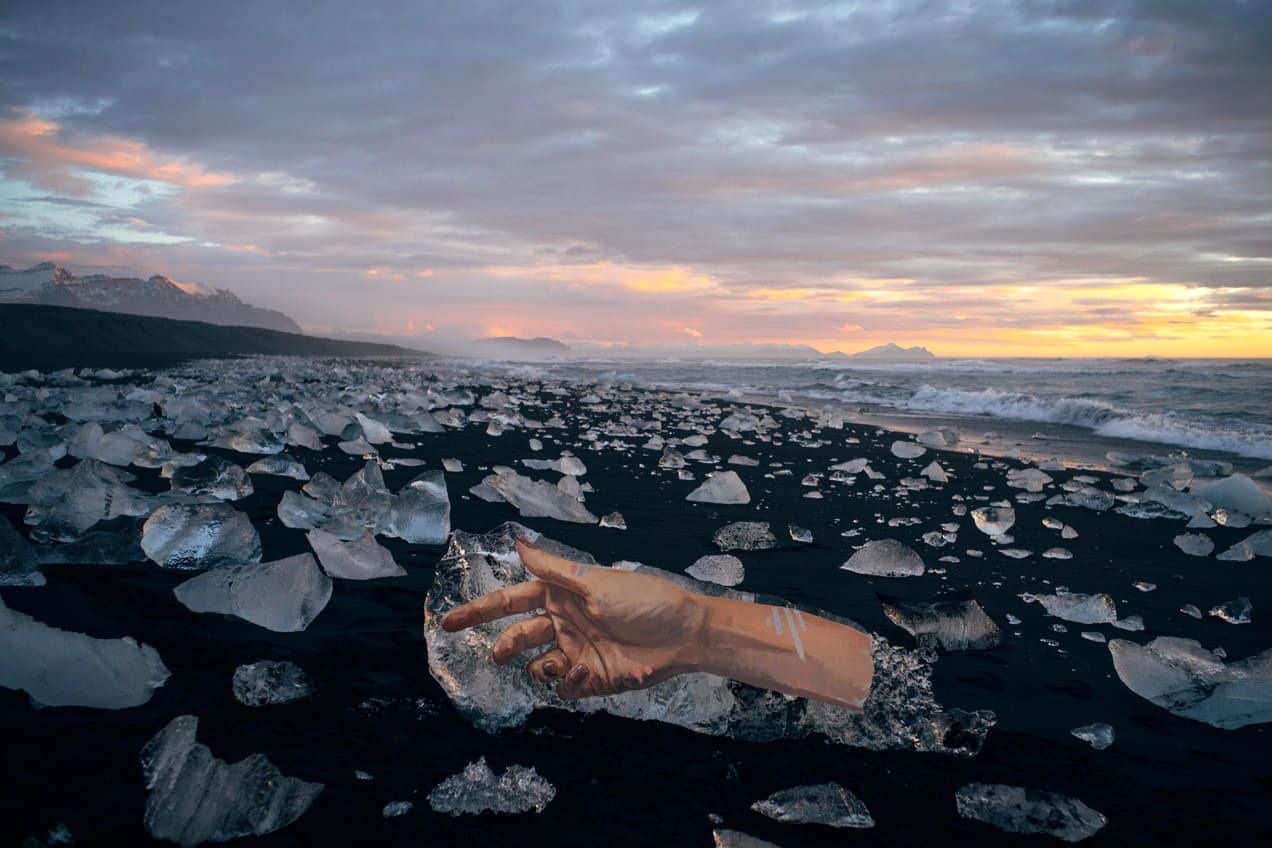 Some of Yoro’s recent projects have taken him to the front lines of global warming, where his portraits that disappear in response to environmental changes are a powerful metaphor for climate change. The murals, rendered in nontoxic paints made from natural pigments and linseed or safflower oil, are transient by design. 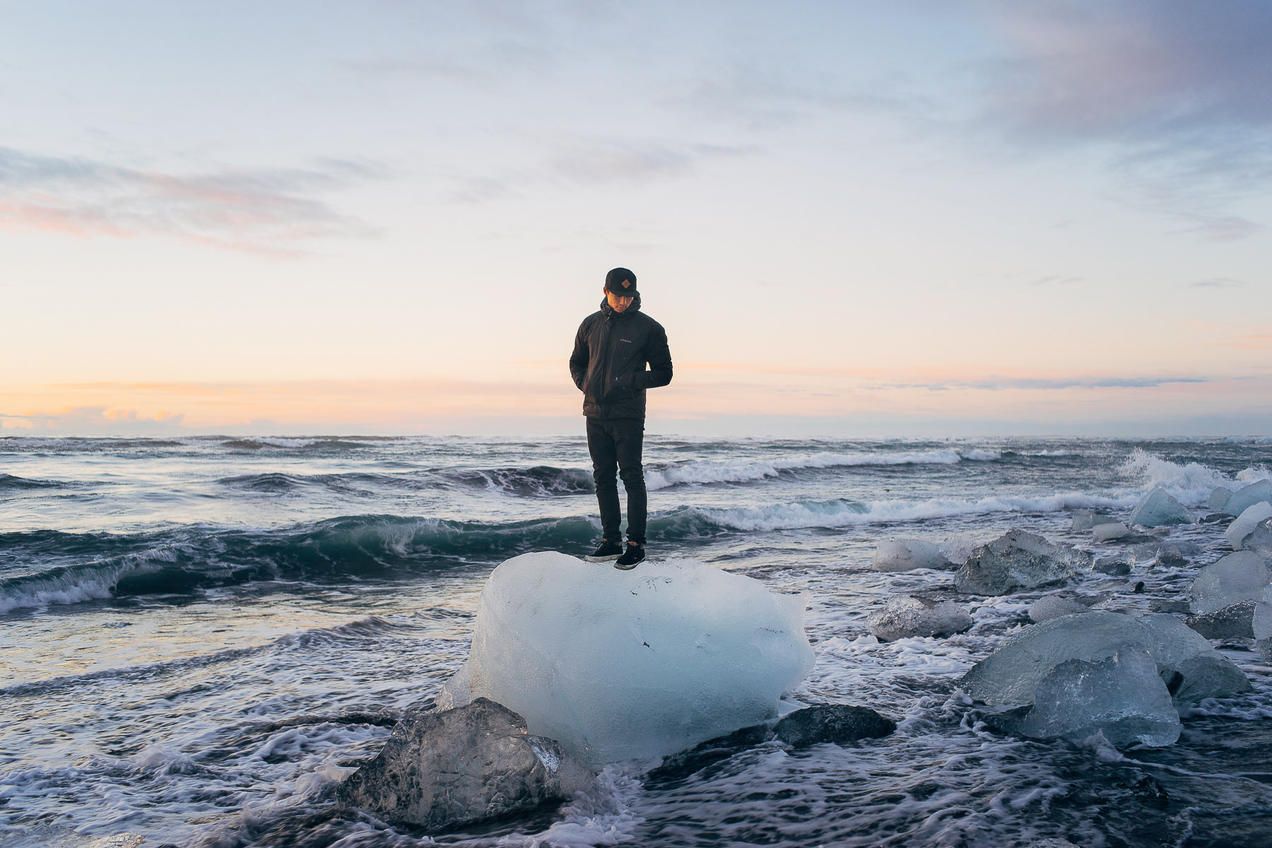 Sean Yoro stands on an iceberg freshly broken off from a nearby glacier in northern Iceland.Hula 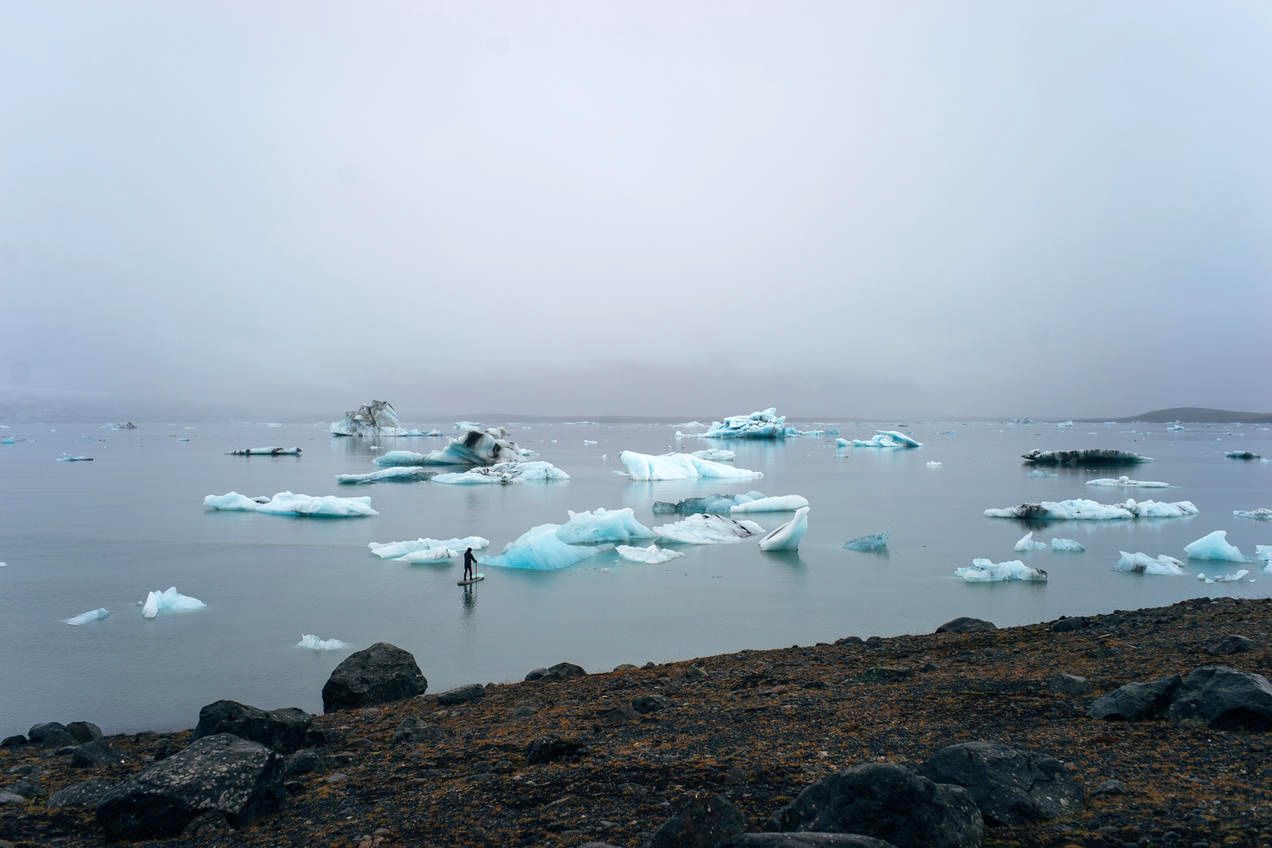 Yoro paints his murals from a stand-up paddleboard—in the Arctic.Hula

Yoro traveled to northern Iceland in November 2015 to paint a woman’s likeness on icebergs from a melting glacier. Last summer, he teamed up with apparel company The North Face to complete a portrait in the Arctic waters of Baffin Island, Nunavut.

His timing couldn’t have been better. Temperatures in the Arctic are increasing at double the rate of the rest of the globe—in November, for instance, the mercury rose more than 36 degrees Fahrenheit above normal. The National Oceanic and Atmospheric Administration’s recently released Arctic Report Card for 2016 paints a grim picture of “persistent warming,” “loss of sea ice” and “extensive Arctic changes.” The report calls for “more effective and timely communication of these scientific observations to diverse user audiences.”

NOAA: 'Arctic Is Warming at Least Twice as Fast as the Rest of the Planet' https://t.co/3ptkgeHlHv via @EcoWatch pic.twitter.com/WIvP3e3CsX

Enter Yoro. To better understand how climate change is affecting the residents of Baffin Island and share their message with the world, the artist first cultivated a relationship with the area’s Inuit community. He spent time with local Jesse Mike, who ended up becoming the model for Yoro’s ice mural.

Watch What If You Fly, a short video about Yoro’s trip to the Arctic, below: