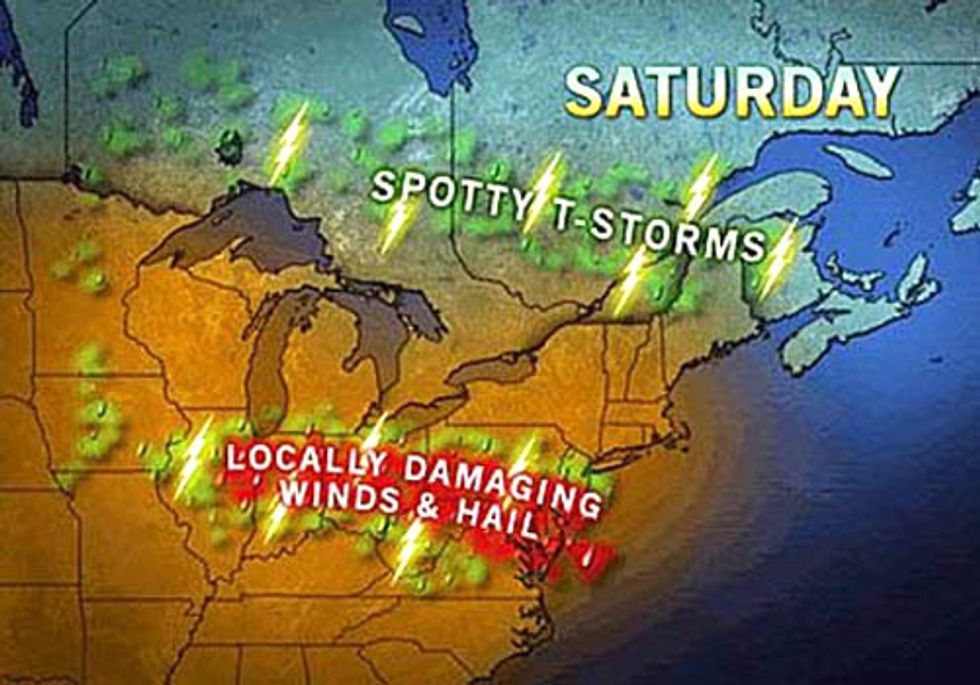 As reports of revamped mountaintop removal operations and detonations continue to rock the electricity-bereft disaster areas in the West Virginia coalfields, ailing residents—entering their second week of a mounting humanitarian crisis—expressed disbelief and contempt for the inaction of Gov. Earl Ray Tomblin and multimillionaire coal baron Jim Justice. Both of these men have been accused of making sure the PGA golf tournament at the Greenbrier Resort lit up in joyfully air-conditioned clubhouses and parties.

"William Shakespeare once famously wrote 'The show must go on,'" West Virginia broadcaster Bob Kincaid said. "Marie Antoinette said, in a piqué of cluelessness, 'Let them eat cake.' This week, we have seen both converge in a blisteringly hot West Virginia."

With more than 137,000 West Virginians still without power after last Friday's epic storm, according to news reports, Kincaid said the antiquated coal-fired grid defended by Gov. Tomblin has exposed the devastating stranglehold by Big Coal-bankrolled politicians who have kept the state from diversifying its energy sources and updating its out of date grid. An estimated 90 Appalachian Power distribution substations were toppled last week. Since then, residents have attempted to fend off brutal summer temperatures without electricity, along with shortages of food, water and gas.

"I was in Germany last month," Kincaid said, who addressed European bankers on coal, mountaintop removal and financing. "Solar panels dotted the houses. Wind turbines soared. The power companies were begging people to use electricity. Back in West Virginia, we've been fed the great lie that solar and wind "don't work now," but this latest disaster should be the wake up call for dramatic change from the coal-fired grid."

Calling on his generator-powered cell phone, relying on his mountaineer instincts for survival, Kincaid brought me up on the latest in the West Virginia crisis.

Jeff Biggers: What was the initial response after the storm last week?

Bob Kincaid: The first thing many of us heard after the huge storm blew through a week ago was that Mountaintop Removal magnate Jim Justice had vowed that his beloved Greenbrier Classic golf tourney would go on.

Toward that end, with most of West Virginia's antiquated coal-fired power grid out of commission, resources were directed to make sure the Greenbrier was up and running to welcome a host of pro golfers, as well as concert stars Toby Keith, Rod Stewart and Bon Jovi. The show has, indeed, been going on.

It has gone on, however, at considerable cost. Many West Virginians, my family included, still don't have electricity a week later. The Greenbrier does. An octogenarian lady only a couple of miles from Mr. justice's concert venue in Lewisburg sweltered in nigh-unbearable heat while Toby Keith presumably sang "Courtesy of the Red, White and Blue." One sign in Lewisburg read "Jim Justice Has Power, But Not Us Poor Bastards." Power he has, indeed, in more ways than one.

In an attempt to stem the tide of growing disaffection, the Professional Golfers Association sent out its "Wives Team" to help hand out water and ice for a little bit at Lowe's in Lewisburg. One jug of water and two bags of ice per person, in killing heat. Then they were off and gone back to the Greenbrier.

Bob Kincaid: Tomorrow, temperatures in West Virginia are expected to climb near the 100 mark. People without power who have water wells (likely toxic to one degree or another in the first place) can't pump water. Disaster relief services have been glacial. Organizations like Southern Appalachian Labor School in Oak Hill, WV have found themselves trying to meet needs they cannot meet, rather like Pharaoh's command that the Children of Israel make bricks without straw.