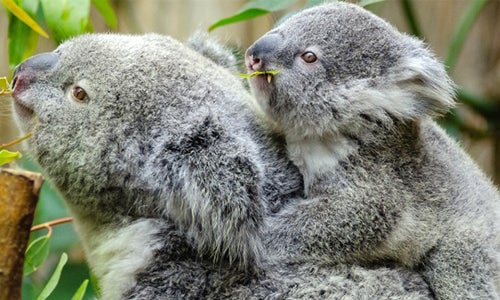 Human-induced climate change promises to make life a lot harder for one of Australia’s most charismatic species—the koala.

The herbivorous marsupial (Phascolarctos cinereus), unique to the world’s largest island, is rarely seen. It moves slowly, lives high in the canopy on a diet of eucalyptus leaves, sleeps for up to 20 hours a day and yet is known to billions worldwide as the model for a cuddly toy loved by children. 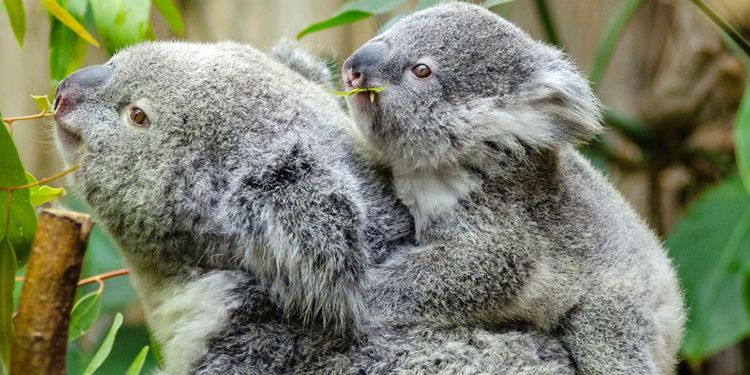 Its demands are few: a supply of fresh eucalyptus foliage, a little water to drink and somewhere quiet to flourish. But a new study in Global Change Biology suggests that by 2070 much of its native homeland won’t provide what it takes to make a home any more.

Natalie Briscoe, an ecologist at the University of Melbourne and colleagues used everything they knew about koalas—behavior, body size, fur depth and physiology—to predict how much energy and water koalas would need to survive at any location. They made the assumption that eucalyptus trees would be available everywhere.

Then they used their knowledge of the animal to make a map of potential koala habitat 60 years from now. And they found the animal’s potential range dramatically smaller.

The problem lies not in inexorable global warming—average planetary atmospheric temperatures have risen by 1 C in the last century and the world has pledged to keep the overall rise to lower than 2 C— but in the frequency of extremes of heat and drought. And in a land of extremes, more extremes are on the way.

“Studies of climate change impacts on wildlife have often focused on how changes in average temperature or rainfall will affect species, but our research highlights the importance of thinking about the extreme conditions that will be most stressful for the animals—such as hot, dry periods—and how these may change in the future.

“By developing a better understanding of what controls species distributions now, we are much better placed to forecast how these may shift in the future.”

The researchers also correlated all the known koala locations and then matched that data with climate records from the recent past—another way of helping understand what climate change can do to wildlife. Both models predicted that the animal would suffer in the hotter, drier parts of its range.

The summer of 2013 broke all records for temperature extremes in Australia and researchers expect rainfall patterns to be disrupted and heatwaves and droughts to grow in number and intensity with time.

The challenge for conservationists is to identify those regions where the koala is more likely to survive. Ecologists call these places refugia: in times of stress, a species retreats to a limited range and expands when conditions improve.

“There is a lot of uncertainty when predicting the impacts of climate change on species, particularly when climate change leads to novel weather patterns,” Dr. Briscoe said.

“Comparing predictions from different models allows us to more confidently predict the location of havens where koalas could survive in the future.”