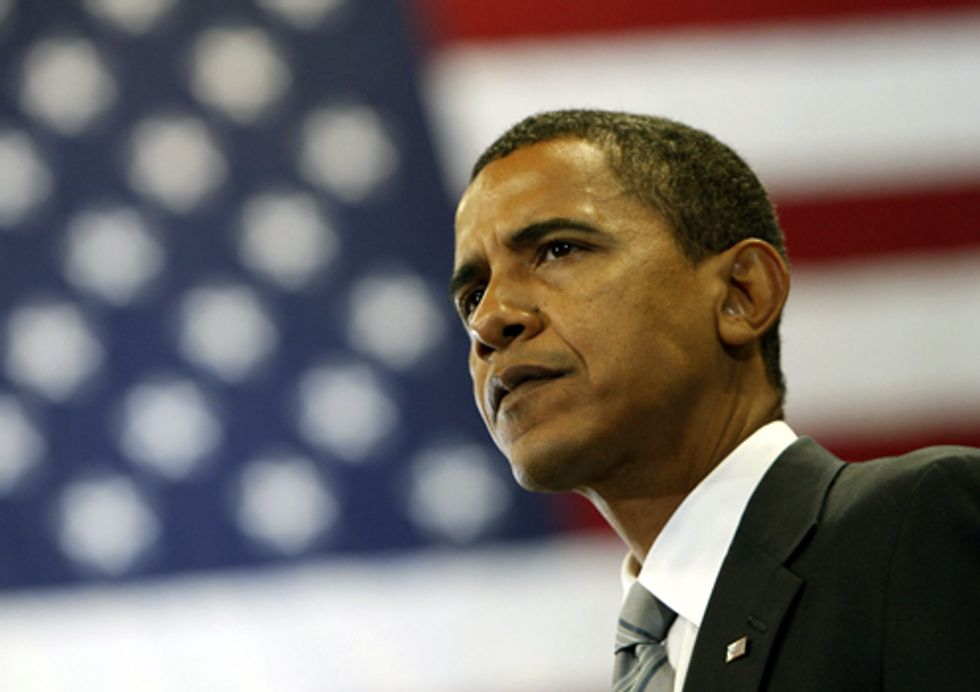 2012 was a historic year for climate disasters. Between a devastating drought, raging wildfires and the superstorm Hurricane Sandy, millions of Americans saw the very real toll that climate disruption is having on our country. But it’s not just extreme weather events—according to data from NOAA, 2012 is on track to be the hottest year ever for the contiguous U.S.

As we enter 2013, President Barack Obama faces a major challenge on how to address climate disruption. The nation—and the world—are looking to him for bold action and to see whether America will finally take the steps needed to address one of the biggest crises our planet has ever faced.

President Obama has not been shy about acknowledging the problem. During the campaign, the President said:

“Climate change is not a hoax. More drought and floods and hurricanes and wildfires are not a joke. They’re a threat to our children’s future. And we can do something about it.”

“We want our children to live in an America that isn't burdened by debt, that isn't weakened by inequality, that isn't threatened by the destructive power of a warming planet.”

And just recently he told TIME Magazine that climate change is one of his top three priorities for his second term.

In his first term, President Obama took decisive action to cut global warming pollution from cars and trucks, setting the nation’s second largest carbon polluters on a clean-up path that will rebuild the auto industry, enhance our energy security, and save American consumers billions of dollars.

Now, as President Obama starts his second term, it is critical to turn his full attention to the biggest carbon polluters of them all—the aging power plants that generate our electricity. Together, they churn out more than two billion tons of carbon pollution every single year.

The President has taken the first step by proposing strong carbon standards that will kick in when new power plants are built.  But unlike our cars, which get replaced every 10 or 15 years, old power plants go on and on. So we cannot clean up the country’s biggest carbon polluters unless we deal with the existing power plant fleet—especially the biggest coal-fired plants that keep polluting for 60 years or more.

The carbon pollution from old coal-fired plants won’t take care of itself. We’ve already secured major victories to clean up the toxic chemicals and dangerous pollutants that poison our air and that are making thousands of Americans sick every year. In addition, the Sierra Club and the Natural Resources Defense Council have continued to work with  communities across the country, fighting at the local level for smart decisions by state energy and air pollution agencies to replace aging power plants with energy efficiency and renewable power sources like wind and solar.

This state and local action must be matched by strong action from our national government. That’s why it’s so important that President Obama use his full authority under the Clean Air Act, the law on the books that’s protected Americans’ health and well-being for more than four decades, to set strong carbon pollution standards for the nation’s entire power plant fleet.

The U.S. Environmental Protection Agency can set national standards for the carbon pollution from existing power plants that slow climate change and save lives while creating jobs and growing our economy. It can be done in a way that achieves huge health and climate benefits at surprisingly low cost, that’s fair and flexible for each state and power company, that holds power bills down, and that triggers huge job-creating clean energy investments that can’t be outsourced. It’s an approach that even some power companies are praising.

The President just needs to say the word.

2012 was the year that climate disruption finally hit home for millions of Americans. The next four years will go quickly for President Obama, and with it, the chance to be a leader in the climate fight. Firm action to cut the carbon pollution from our aging fleet of power plants could be a major part of the legacy that the President leaves to future Americans.