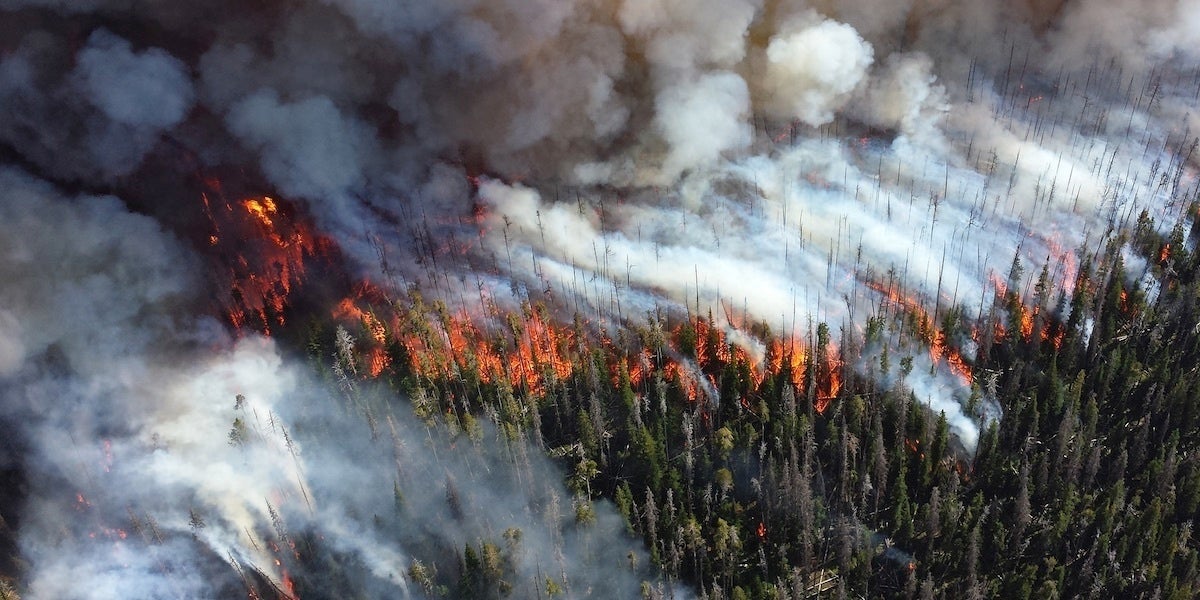 First the good news. A new
Reuters/Ipsos poll out Thursday found that 57 percent of U.S. adults think climate change is caused by “human activity” or “mostly human activity”—a stance held by 97 percent or more of actively publishing climate scientists. That’s up from the 47 percent in 2012.

The bad news? That implies 43 percent of U.S. adults still have doubts about the global phenomenon, similar to
President Donald Trump.

The survey of 4,660 American adults was conducted shortly after the U.S. government released a
damning climate report last month warning that human-caused global warming could have dire consequences for American lives and livelihoods.

“Earth’s climate is now changing faster than at any point in the history of modern civilization, primarily as a result of human activities,” the report compiled by 300 top scientists and 13 federal agencies
begins. “The impacts of global climate change are already being felt in the United States and are projected to intensify in the future—but the severity of future impacts will depend largely on actions taken to reduce greenhouse gas emissions and to adapt to the changes that will occur.”

The reason the climate has changed so rapidly in the past half century is due to increases in heat-trapping greenhouse gases, including carbon dioxide from the burning of fossil fuels.

Trump, who has
rolled back climate protections to push for fossil fuels, rejected his own government report and notoriously said, “I don’t believe it.”

Unacceptable. The Trump administration offered more than 150,000 acres of public lands for fossil-fuel extraction near some of Utah's most iconic landscapes, including Arches and Canyonlands national parks. https://t.co/LezXCN3xC4

The Reuters/Ipsos poll, taken from Nov. 29 to Dec. 10, also comes after a year of record-breaking and climate-fueled
wildfires, hurricanes, floods and toxic algal blooms that devastated many parts of the country.

But according to the poll results, only 35 percent of U.S. adults view climate change as an “imminent” threat driven mainly by human activity (up slightly from 32 percent in 2017 and 24 percent in 2015).

Scientists have determined that 2018 is “almost guaranteed” to be the fourth warmest year in the record. The only years hotter? 2016, 2015, 2017, respectively. Meanwhile, 2018 greenhouse gas emissions are on pace to hit a “record high” and 2019 could be another unusually hot year due to a possible El Niño.

El Niños, which have a major effect on global weather patterns, including spikes in temperatures, are not caused by climate change. However, researchers have previously suggested that we could experience extreme El Niños more frequently as our planet continues to warm.

Interestingly, the new poll found that the majority of Americans—69 percent—want the U.S. government to work with other countries to combat global warming. That number included 64 percent of Republicans and 80 percent of Democrats.

The poll comes as representatives from around the world meet at the COP24 talks in Katowice, Poland to hammer out a rulebook to implement the 2015 Paris agreement of limiting global temperature increase.

Failure to reach an agreement, he added, “would not only be immoral, it would be suicidal.”

LISTEN: UN chief tells climate conference that failure to reach agreement "would not only be immoral, it would be suicidal."
More at https://t.co/H5vt472xxO pic.twitter.com/slsKDk7sEy