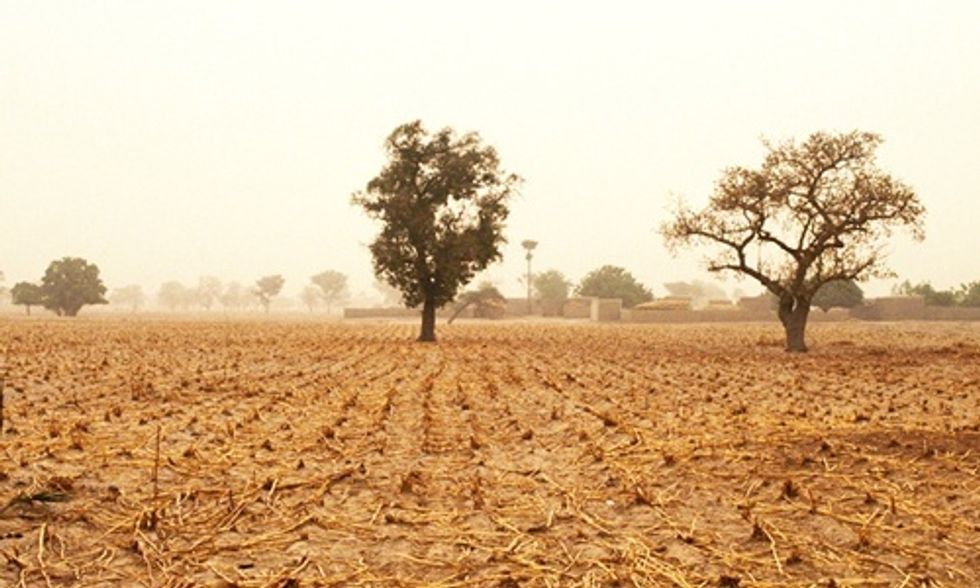 Adding urgency to the call for bold emissions cuts and a radical rethinking of the global economy, a new report from the World Bank warns that human-caused climate change could push more than 100 million people into extreme poverty within just 15 years.

Entitled "Shock Waves: Managing the Impacts of Climate Change on Poverty," the World Bank's study differs from previous efforts by looking at the poverty impacts of climate change at the household level, rather than at the level of national economies.

The bank's most recent estimate puts the number of people currently living in extreme poverty at 702 million or 9.6 percent of the world’s population.

"Poor people and poor countries are exposed and vulnerable to all types of climate-related shocks—natural disasters that destroy assets and livelihoods; waterborne diseases and pests that become more prevalent during heat waves, floods or droughts; crop failure from reduced rainfall; and spikes in food prices that follow extreme weather events," it reads. "Climate-related shocks also affect those who are not poor but remain vulnerable and can drag them into poverty—for example, when a flood destroys a micro-enterprise, a drought decimates a herd or contaminated water makes a child sick."

For example, the report states that by 2030, crop yield losses could mean that food prices would be 12 percent higher on average in Sub-Saharan Africa. "The strain on poor households, who spend as much as 60 percent of their income on food, could be acute," the World Bank declares. Meanwhile, in India alone, an additional 45 million people could be pushed over the poverty line by 2030, primarily due to agricultural shocks and increased incidence of disease.

To combat these devastating impacts, Shock Waves recommends implementing a combination of:

"The report demonstrates that ending poverty and fighting climate change cannot be done in isolation—the two will be much more easily achieved if they are addressed together," said Stephane Hallegatte, a senior economist at the World Bank who led the team that prepared the report.

Among the report's specific recommendations are to improve health care systems and access; help households at all income levels gain access to financial instruments for risk management; and provide social protections to help support poor people affected by disasters or environmental and economic shocks.

Noting that "there is still too often a disconnect between bank research and its own practices," the head of Oxfam International's Washington office, Nicolas Mombrial, on Monday urged the global financial institution "to heed its own warnings and support equitable, low carbon development" and "promote community resilience to climate change through its policies and programs."

Furthermore, he said, the report adds further credence to the call for an ambitious agreement to come out of the upcoming COP21 climate talks in Paris. "Any climate deal must commit countries to making their greenhouse gas cuts more aggressive and help vulnerable countries to adapt to climate impacts," Mombrial said. "It must also promote clean growth by dramatically increasing public finance, building on the yearly $100 billion already promised by 2020."

"This report further highlights what Oxfam has been warning for many years: climate change is exacerbating inequality and hurting poor people first and worst," Mombrial concluded. "To effectively solve the climate crisis we must simultaneously tackle the root causes of poverty and hunger globally."