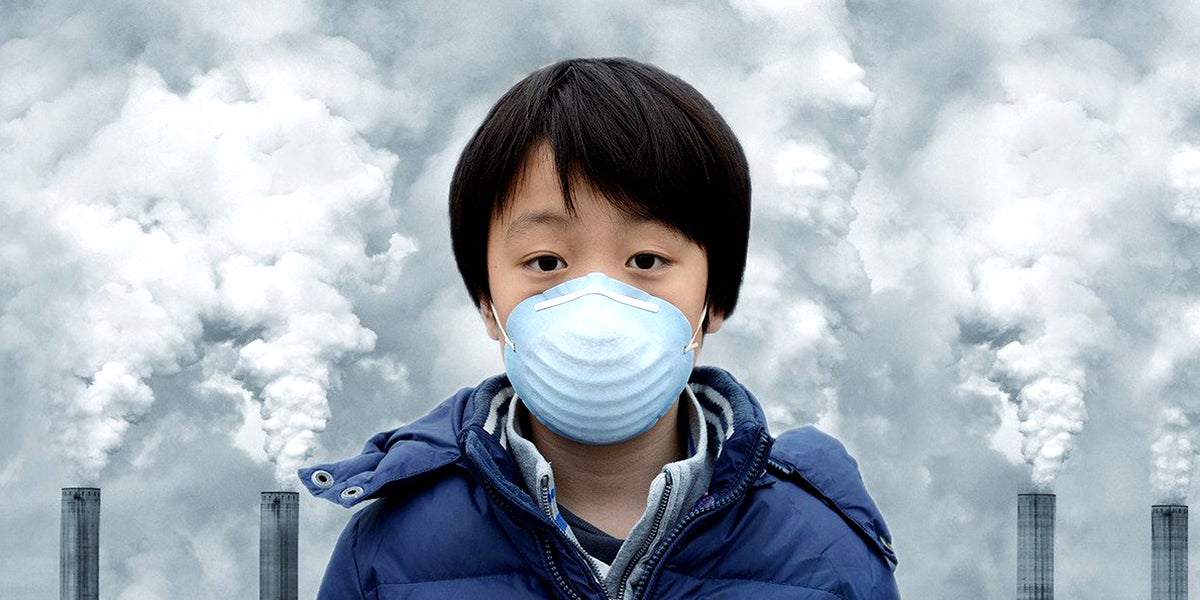 The Earth’s rapidly changing climate due to human activity has ravaged the planet in numerous ways, causing melting glaciers and ice sheets, heat waves, droughts, wildfires, deadly hurricanes, species extinction and ecosystem losses. But climate change may also be impacting us on a very personal level that many of us don’t even realize: our health.

According to a recent report published by the Medical Society Consortium on Climate and Health, climate change is becoming a serious public health enemy.

“The changes in our climate are creating conditions that harm human health through extreme weather events, reduced air and water quality, intense heat waves, spread of vector-borne diseases and other mechanisms,” said Dr. Mona Sarfaty, the director of MSCCH, in a statement. The consortium represents more than 400,000 American physicians—more than half of all U.S. physicians. Many of these medical professionals, Sarfaty said, “know firsthand the harmful health effects of climate change on patients.”

“I see the effects of climate change on children here already,” said Dr. Aparna Bole, a pediatrician at University Hospitals Rainbow Babies & Children’s Hospital and a member of the American Academy of Pediatrics’ environmental health executive committee. “Here in Ohio we have high rates of pediatric asthma, so the poor air quality days that we see more and more of are a direct risk to children.”

Extreme weather events linked to climate change are also impacting the quality of air. In 2008, a wildfire in North Carolina, ignited during the state’s worst-ever drought, burned more than 45,000 acres of land. Researchers found that people living in counties affected by the fire’s smoke plume had a 50 percent increase in trips to emergency departments from respiratory illness like chronic obstructive pulmonary disease, pneumonia and bronchitis.

“Blazing forests are just as damaging to human health as they are to homes and neighborhoods,” John Meredith, an emergency room physician at East Carolina University, wrote in the MSCCH report. “Increasing temperatures and more frequent droughts caused by climate change are set to increase the number of wildfires in the U.S.—and worldwide. It’s clear that not only our lungs, but also our hearts, are at serious risk.”

The World Health Organization has raised the warning flag on dangerous air, saying that air pollution now poses a more severe public health threat than HIV or Ebola, and pointing out that 80 percent of all urban areas have unhealthy levels of air pollution. The agency estimated that climate change will be the root cause of some 240,000 deaths every year by 2030.

Historically, most incidents of Lyme disease happen in the Northeast, the normal range of the pathogen-carrying ticks. But as global warming increases the air temperature, those ticks can become active earlier, with their geographic range spreading to the Midwest. The geographic spread of several mosquito-borne diseases, including West Nile, Zika and dengue fever, is also impacted by the rise in surface air temperature. A 2016 U.S. Centers for Disease Control and Prevention study found that the tick that carries Lyme disease has been reported in 45.7 percent of U.S. counties, up from 30 percent in 1998.

In addition, some chronic diseases are worsened by extreme heat, with the young and the elderly at the most risk. The European heat wave during the summer of 2003 killed more than 70,000 people; particularly vulnerable were those with chronic heart or lung disease.

A 2016 study conducted by the University of Colorado found that the worldwide increase in heat waves may be linked to the kidney disease epidemic impacting workers who are increasingly exposed to extreme heat and the resulting dehydration. “There’s evidence that long periods of heat waves have increased more significantly with climate change; when it’s extremely hot the risk for kidney damage begins to really become evident,” said senior study author Dr. Richard Johnson.

The consortium’s conclusions about the climate-related spread of infectious disease are supported by comparing the incidence rates today versus two decades ago. According to the CDC, whooping cough cases have more than doubled since the late 1990s; incidences of Hib disease, caused by the bacteria Haemophilus influenzae, have more than doubled since 2000; and measles cases have steadily grown since 2003.

“Across the country, doctors are seeing more patients struck ill by serious diseases like Lyme disease and West Nile fever,” Nitin Damle, president of the American College of Physicians, wrote in the consortium’s report. “Because of the changing climate and the spread of vectors, we expect that Americans will continue to face new diseases and familiar diseases in new places.”

Many of those who experience extreme weather events such as floods, droughts, heat waves and hurricanes also experience stress and serious mental health issues, from anxiety and depression to post-traumatic stress disorder and increases in suicidal thoughts and behavior.

Some coping mechanisms, such as alcohol or drug abuse, only add to the health risk for these sufferers. During extreme weather events, children in particular are at risk, as many must undergo the stress and anxiety caused by a prolonged separation from their parents. Forty percent of doctors surveyed for the report said mental health is a specific health harm related to climate change.

Anyone who is exposed to a climate-related natural disaster is at risk of experiencing mental health issues, but the report’s authors note, “people at higher risk include children, the elderly, pregnant women and women in general, those with preexisting mental illness, the poor, homeless and first responders. Farmers and other people who rely on the natural environment for their livelihoods are also at higher risk.”

President Trump: Are You Listening to the Advice of Doctors?

In response to these increasing threats to public health, the consortium has called for “concerted action” to “reduce heat-trapping pollution by reducing energy waste and accelerating the inevitable transition to clean renewable energy.”

Sarfaty joined many environmentalists and public health advocates in criticizing President Trump’s recent executive order which was intended to promote the exploitation of the nation’s “vast energy resources,” saying the order “threatens progress toward addressing the risks, and doctors across the country are already seeing the harms to human health associated with the resulting degradation of our life-sustaining environment.”

“The science is very clear and there’s some real opportunity to impact patients here and now,” said Bole. “If we’re serious about helping people to be healthier, we can’t ignore issues like climate and energy policy.”

Unfortunately for the American people, that’s exactly what President Trump is doing.