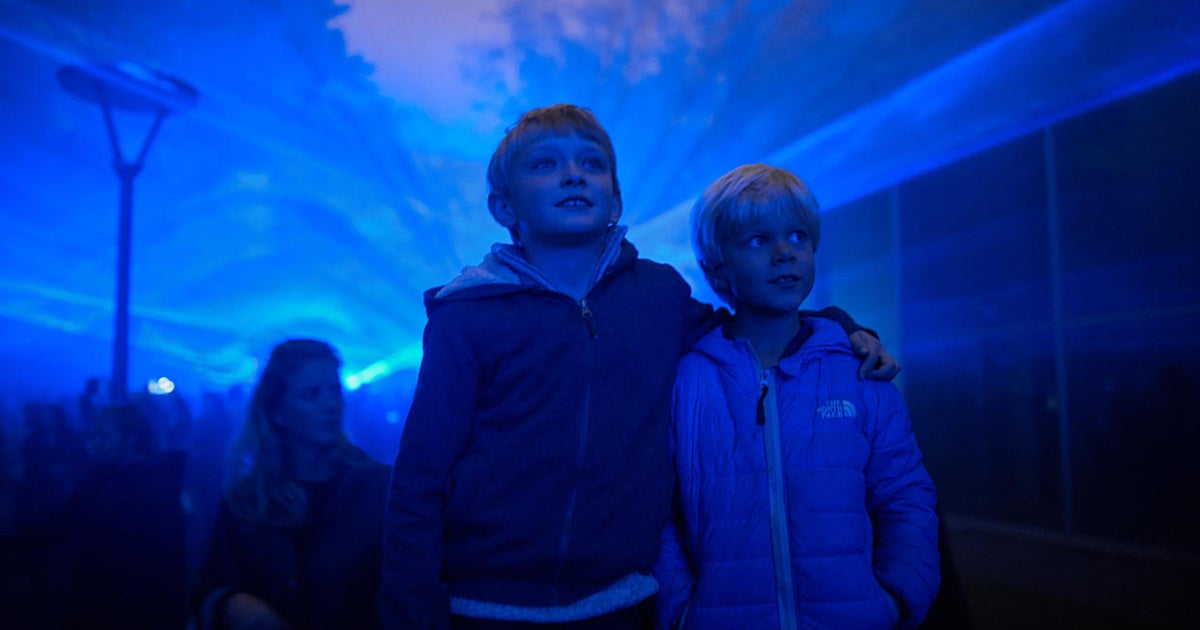 The people of Rotterdam know a thing or two about living with water. In fact, it’s right there in the name—the Dutch city dates back to the 13th century, when the Rotte River was dammed, making it possible to safely settle nearby.

“When I was a boy, I wasn’t even allowed to play outside without my swimming diploma,” said artist Daan Roosegaarde, founder of the Rotterdam-based social design lab Studio Roosegaarde. “In the Netherlands, we are surrounded by water. Without technology, we would literally all drown.”

Today, 90 percent of Rotterdam sits below sea level, and its historically intimate relationship with water has undergone a thoroughly modern makeover in preparation for the impacts of climate change. And just like the Dutch engineers who are sharing their creative approaches to sea level rise with the world, Roosegaarde is showing his art in the hopes of inspiring innovation. 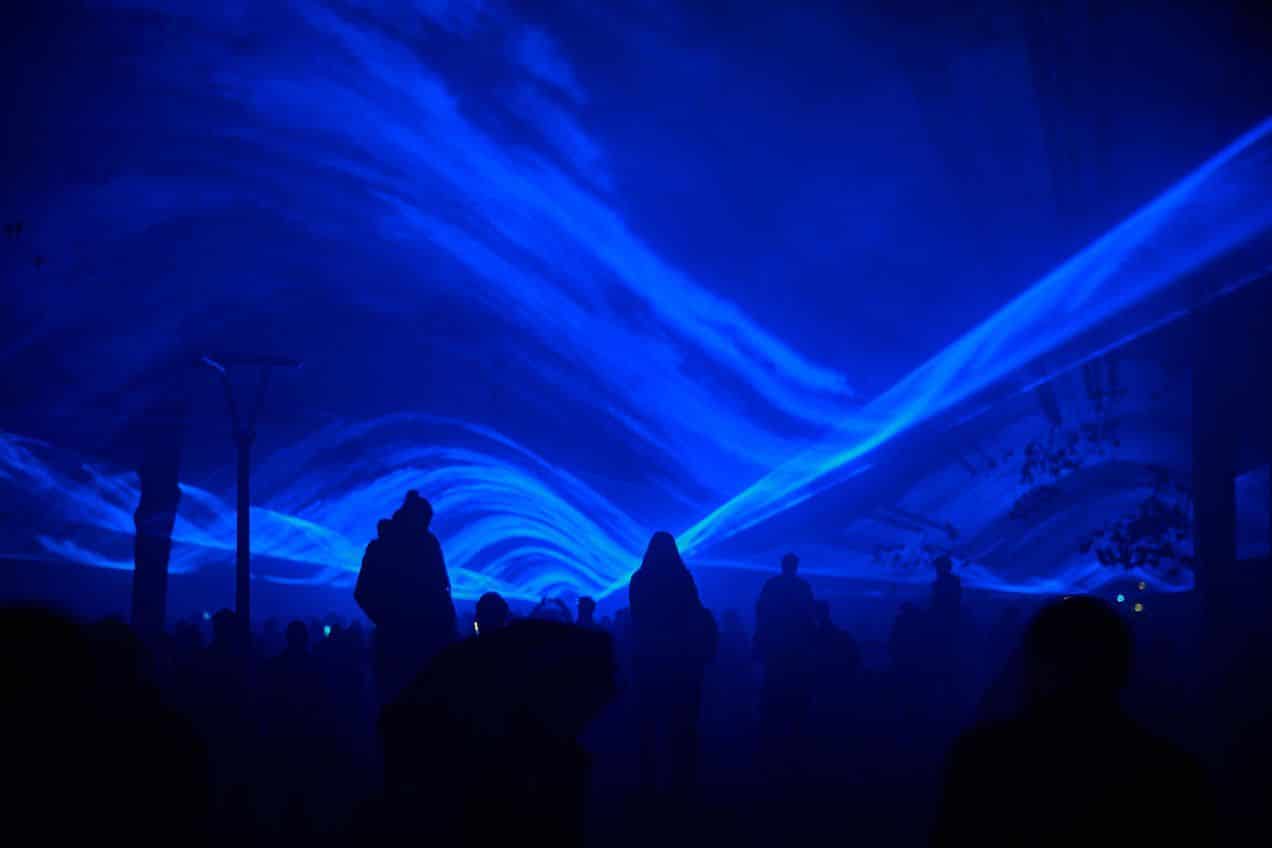 For the past three years, Studio Roosegaarde’s Waterlicht project, which translates to “water light,” has been traveling the globe. Commissioned by Dutch water authorities, the public art installation uses LEDs, lenses, software, and the elements to create a virtual flood that submerges visitors in a blue-tinted dreamscape. It’s a waterlogged alternate reality—one that could easily become our future if we fail to intervene (and quickly) to protect our cities from the ocean’s steady rise.

Late last month, Waterlicht made its hometown debut at the Kunsthal museum, attracting 25,000 visitors in only three evenings. It was the project’s 12th stop since 2015. Other 2018 hosts included London‘s Granary Square, the United Nations headquarters in New York, and the Bentway in Toronto.

Each installation is site-specific, and the team might spend six months preparing for an exhibition that lasts just a few nights. (In the case of the U.N. installation, it took three years just to get the permits.) A major part of the challenge, Roosegaarde said, is “undesigning” the landscape. Waterlicht is always presented outdoors after sunset, and for maximum effect, the studio must work with local authorities and businesses to minimize light pollution. Sometimes the organizers even rent billboards simply to turn them off. The goal is to make it dark enough to create the appropriate atmosphere, but light enough to ensure a safe experience for visitors. “It’s a puzzle every time,” Roosegaarde said. Following a Nov. 11 opening in Dubai, the artist doesn’t yet know where Waterlicht will travel next. Venice is his “dream location,” for obvious reasons.

Intangible waves undulating against the night sky like the ghost of climate change future is a haunting sight. But it’s also a thrilling, mesmerizing one, and Roosegaarde hopes it fosters creative thinking. As the designer sees it, we already have the tools we need to build a more livable world.

“It’s not a lack of technology,” Roosegaarde said. “It’s a lack of imagination for what we want the future to look like. The role of public art is a really great trigger to create this collective experience where people are curious, not afraid.” 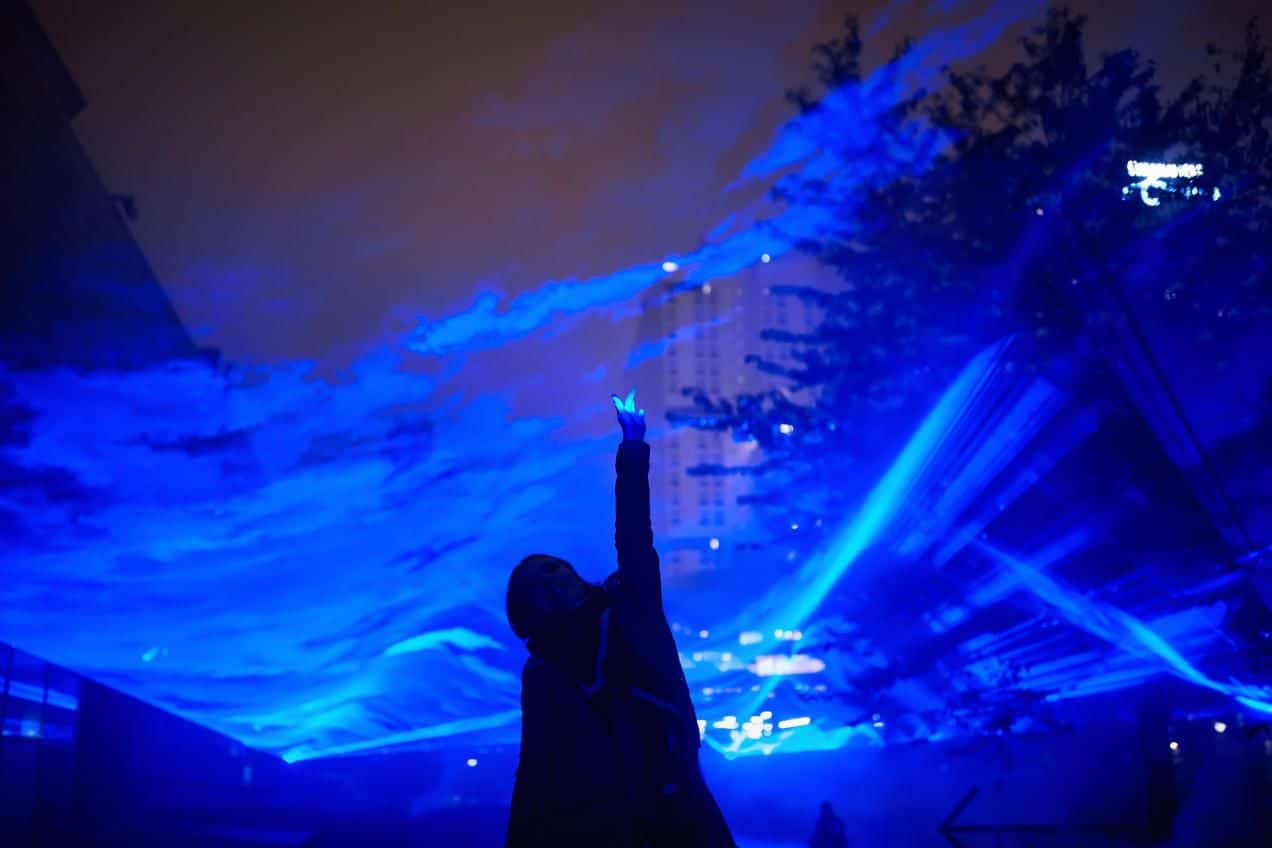 Waterlicht, which the U.N. Development Programme cites as “inspiring action,” is not the first Studio Roosegaarde project to leverage technology in an effort to find environmental solutions. The driving concept behind the studio’s work is schoonheid, which means both “clean” and “beauty.” Their decade long CV includes a glowing bike path inspired by the painting The Starry Night in the Dutch town where Vincent Van Gogh lived, energy-producing kites that appear as lasers in the night sky, sleek towers that suck smog from the air and bicycles that do the same, and most recently, an initiative to upcycle and call attention to outer-space waste. Roosegaarde, who has degrees in fine arts and architecture, founded the studio in 2007. “I had ideas, and nobody knew how to build them,” he said. “So I just thought, ‘We’ll do it ourselves.'” 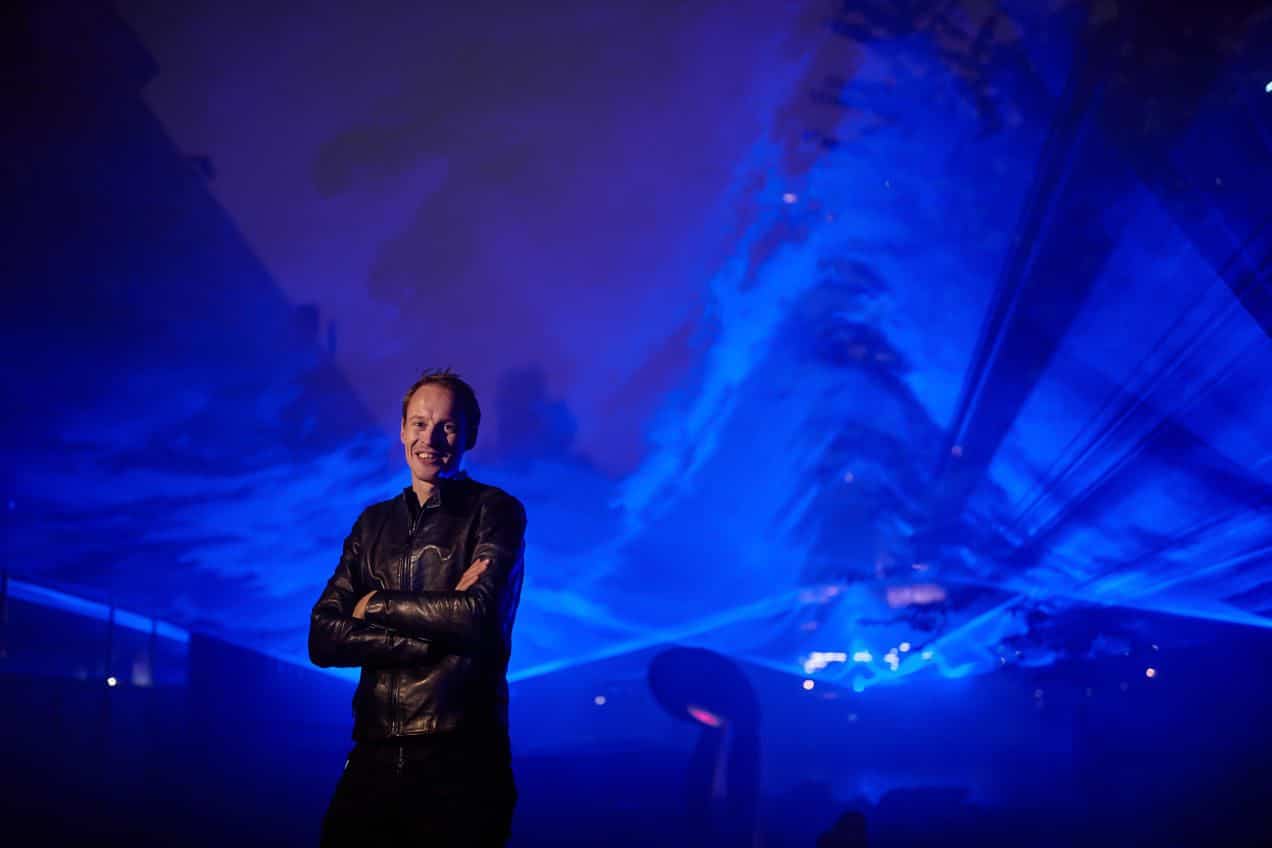 “I make things because I look outside my window and I don’t understand the world anymore,” Roosegaarde said. “The CO2, the traffic jams, the rising water … Waiting for government or politicians is not going to help. I try to make things to show you it can be done.”

If he’s right, it’s high time the world dove in.