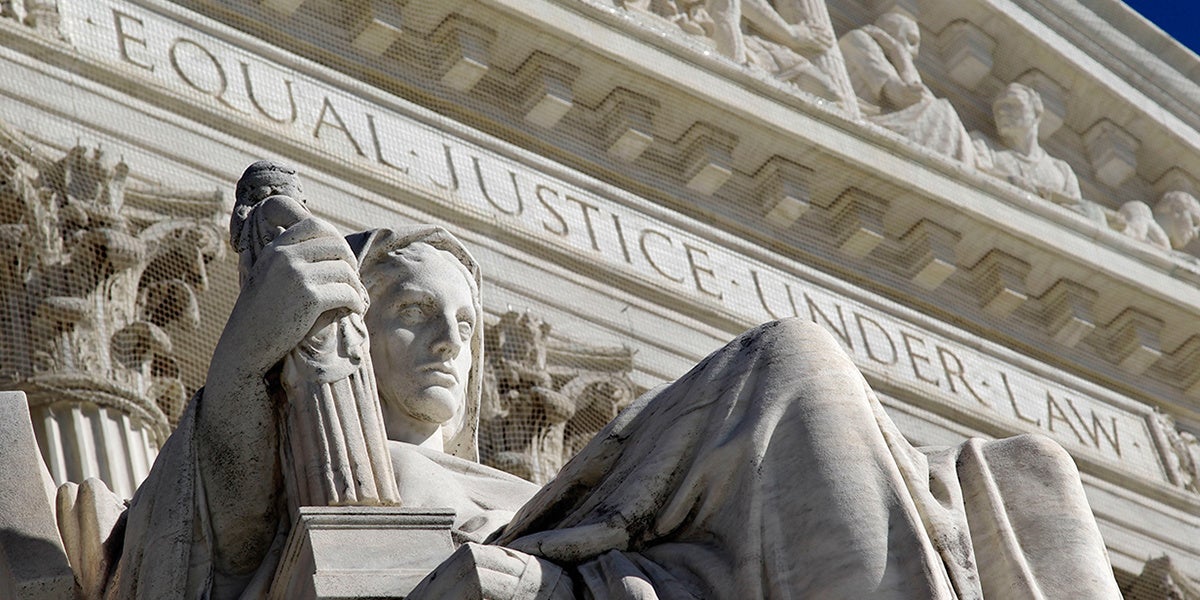 A major front in the climate change debate has moved to the courtroom, as I’ve previously discussed. Last week, plaintiffs in two separate cases won significant procedural victories—one against major fossil fuel companies, and a second against the Trump administration. Here are the latest developments and their implications.

In this suit, The People of the State of California v. BP et al., the cities of San Francisco and Oakland sued five major oil companies (BP, ExxonMobil, Chevron, Conoco Phillips and Shell), charging that these companies created a public nuisance by extracting and selling oil, coal and gas while misleading the public about the harms that these products cause.

The two cities filed in state court and under state law. This was an important strategic choice, as the U.S. Supreme Court and the Ninth Circuit Court of Appeals (which covers California) had dismissed prior cases brought in federal court, holding that congress enacted the Clean Air Act to comprehensively address the emission of greenhouse gases, and that therefore there was no role for federal lawsuits of this kind.

A federal district court judge issued a decision that neither side argued for. The court decided in the oil companies’ favor that the case was properly in federal court, reasoning—with some logic—that climate change is an international problem, that state courts might apply inconsistent standards if allowed to adjudicate these cases, and that only the federal court could apply a uniform standard.

But, the court went on to find that the two earlier cases which had dismissed federal court suits did not apply to this case. The court found that while the Clean Air Act addresses the ­emissions from fossil fuel combustion, the San Francisco/Oakland case was not about emissions of pollutants, but rather an alleged scheme to sell a product through deception. The court reasoned—again with some logic—that the Clean Air Act offered no remedy for that conduct, and therefore did not preempt this lawsuit.

This part of the ruling was a major win for the plaintiffs, as it seems to take away the key defense of preemption that the oil companies seemed to be counting on.

On top of this, the court also ordered the parties to participate in a five-hour “climate science” tutorial for the court, to be held on Mar. 21. The judge ordered the parties to “trace the history of scientific study of climate change, beginning with scientific inquiry into the formation and melting of the ice ages, periods of historic cooling and warming, smog, ozone, nuclear winter, volcanoes and global warming.” And further, to inform the court of “the best science now available on global warming, glacier melt, sea rise and coastal flooding.”

This is fascinating and highly unusual. As anyone who has seen a trial on television or in the movies knows, courts don’t conduct tutorials; they oversee trials, in which lawyers present the testimony of witnesses under oath and each side gets to examine and cross examine. The sheer novelty of this procedure is a good sign for the plaintiffs. Why would the judge invest time and energy to learn about climate science unless he thought the plaintiffs’ legal claims might rest on a durable foundation? Also, the fact that the court asked for a climate science timeline suggests the court is honing in on some key questions: what did the fossil fuel companies know about climate change, when did they know it, and how did their public statements square with the scientific consensus at the time?

All eyes will be on this climate science tutorial, which will presumably be open to the public. To my knowledge, this is the first time climate science will be presented to a court in this fashion, and it offers an excellent opportunity to highlight the longstanding and well-supported scientific consensus.

It is too early to confidently predict what lies ahead but, on the basis of the judge’s initial opinion, one can say this: the courtroom door is open now on these issues as it never has been before.

Kids sue to protect themselves and future generations.

In this case, Juliana v. the United States, a group of kids are suing the Trump administration for failing to protect them against the harms of climate change. I wrote about the novelty of this case last fall, and its early success when a federal district court judge in Oregon ordered the case to trial, rejecting all the Trump administration’s procedural defenses.

Since that time, the Trump administration asked the Ninth Circuit Court of Appeal to dismiss the case. This was an unusual move because, ordinarily, a party to a lawsuit cannot appeal until the trial court has issued a final judgment. In this case, however, the district court had not done so. Predictably, the court of appeals ruled that the appeal was therefore premature, and sent the case back to the district court.

(Full disclosure: UCS joined a friend of the court brief on this issue, ably authored by Earthjustice attorneys).

The case was originally set for trial in February, 2018, but the Trump administration’s appeal delayed that. Presumably, the next step will be for the court to set another trial date.

Further down the line, if the plaintiffs are successful in district court and if the court of appeals or the supreme court affirms the ruling (all very big “ifs,” of course), the Trump administration faces the prospect of being forced under court order to develop and implement a plan to address climate change.

These lawsuits and the apparent judicial receptiveness to them—at least so far—are not accidental. Courts are heavily influenced by historic context, and judges are no doubt well aware of the pressing urgency of climate change and the failure of the federal government to address it. With no solution in sight, it is not surprising that courts are increasingly willing to hear cases urging a strong judicial role.

Is it ideal that courts, rather than our elected representatives, would decide these issues? Of course not. Maybe it is time for those who have opposed having our elected leaders take action on climate to consider this question–would they prefer the courts to do that job?