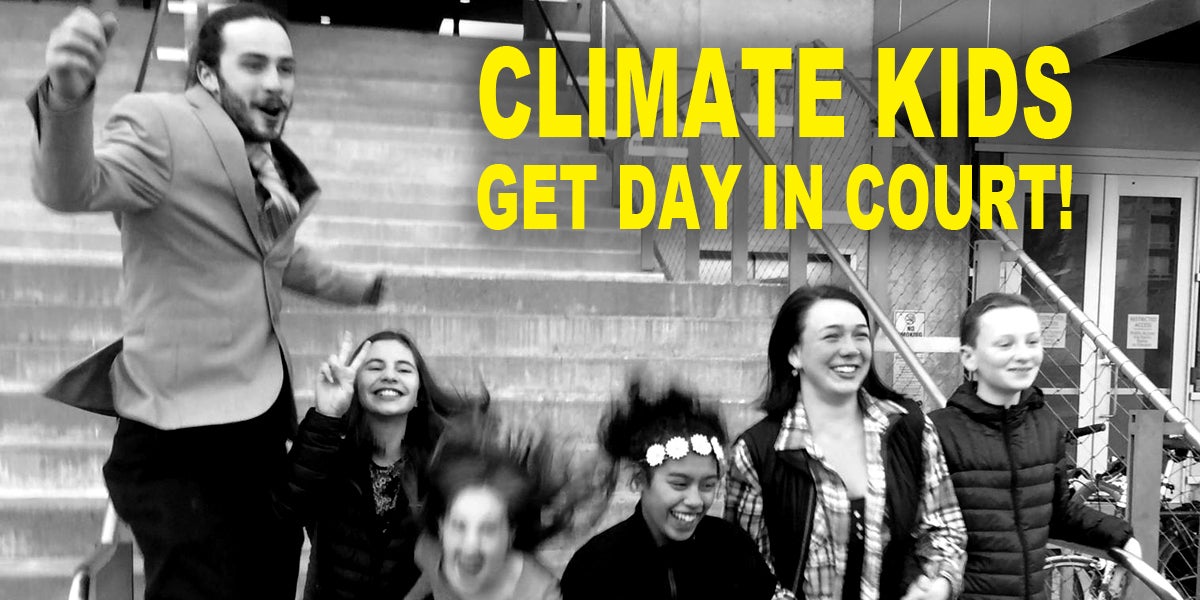 The federal court in Eugene, Oregon decided in favor of 21 youth plaintiffs on Thursday, in their “groundbreaking” constitutional climate lawsuit against President Obama, numerous federal agencies and the fossil fuel industry. U.S. 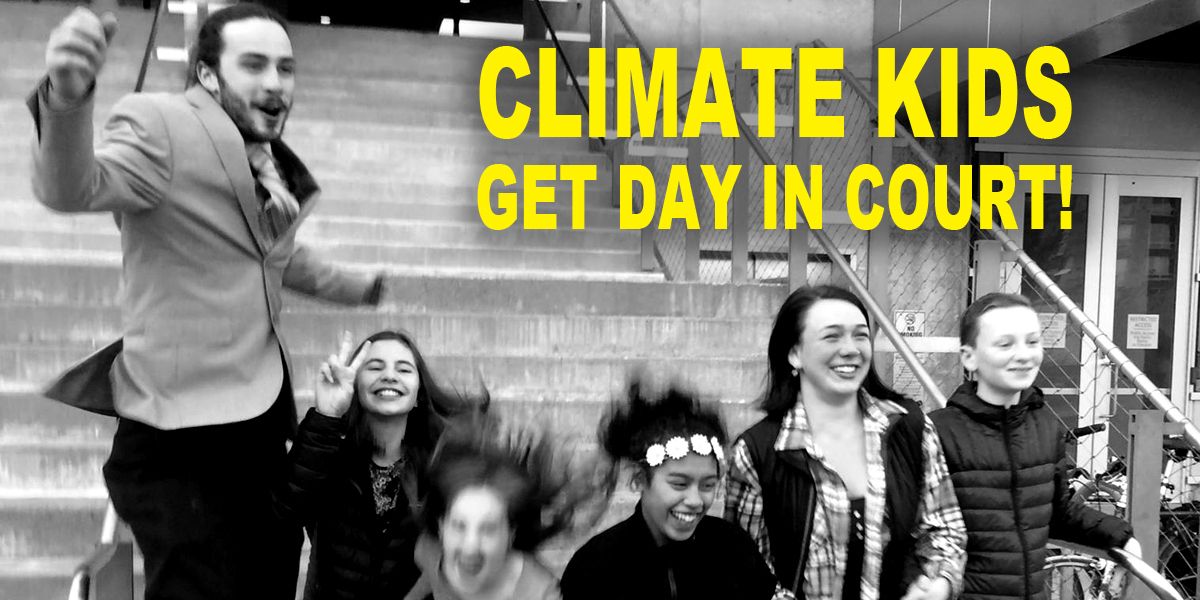 District Court Judge Ann Aiken rejected all arguments to dismiss raised by the federal government and fossil fuel industry, determining that the young plaintiffs’ constitutional and public trust claims could proceed. Now, the 21 plaintiffs, who range in age from 9-20, are preparing for trial in what is believed to be a turning point in U.S. constitutional history.

“My generation is rewriting history,” said Xiuhtezcatl Martinez, a 16-year-old plaintiff and youth director of Earth Guardians. “We’re doing what so many people told us we were incapable of doing: holding our leaders accountable for their disastrous and dangerous actions. I and my co-plaintiffs are demanding justice for our generation and justice for all future generations. This is going to be the trial of our lifetimes.”

In determining the complaint to be valid, Judge Aiken’s ruling contained these passages:

“Federal courts too often have been cautious and overly deferential in the arena of environmental law and the world has suffered for it.”

“[The defendants and intervenors] are correct that plaintiffs likely could not obtain the relief they seek through citizen suits brought under the Clean Air Act, the Clean Water Act or other environmental laws. But that argument misses the point. This action is of a different order than the typical environmental case. It alleges that defendants’ actions and inactions—whether or not they violate any specific statutory duty— have so profoundly damaged our home planet that they threaten plaintiffs’ fundamental constitutional rights to life and liberty.”

“This decision is one of the most significant in our nation’s history,” said Julia Olson, counsel for the plaintiffs and executive director of Our Children’s Trust.

“This is a critical step toward solution of the climate problem and none to soon as climate change is accelerating,” said Dr. James Hansen, guardian in the case for all future generations and world-renowned climate scientist. “Now we must ask the court to require the government to reduce fossil fuel emissions at a rate consistent with the science.”

The young plaintiffs sued the federal government for violating their constitutional rights to life, liberty and property, and their rights to vital public trust resources, by locking in a fossil-fuel based national energy system for more than five decades with full knowledge of the extreme dangers it posed.

“It’s clear Judge Aiken gets what’s at stake for us,” said 17-year-old plaintiff Victoria Barrett, from White Plains, New York. “Our planet and our generation don’t have time to waste. If we continue on our current path, my school in Manhattan will be underwater in 50 years. We are moving to trial and I’m looking forward to having the world see the incredible power my generation holds. We are going to put our nation on a science-based path toward climate stabilization.”

This federal case is one of many related legal actions brought by youth in several states and countries, all supported by Our Children’s Trust, seeking science-based action by governments to stabilize the climate system.