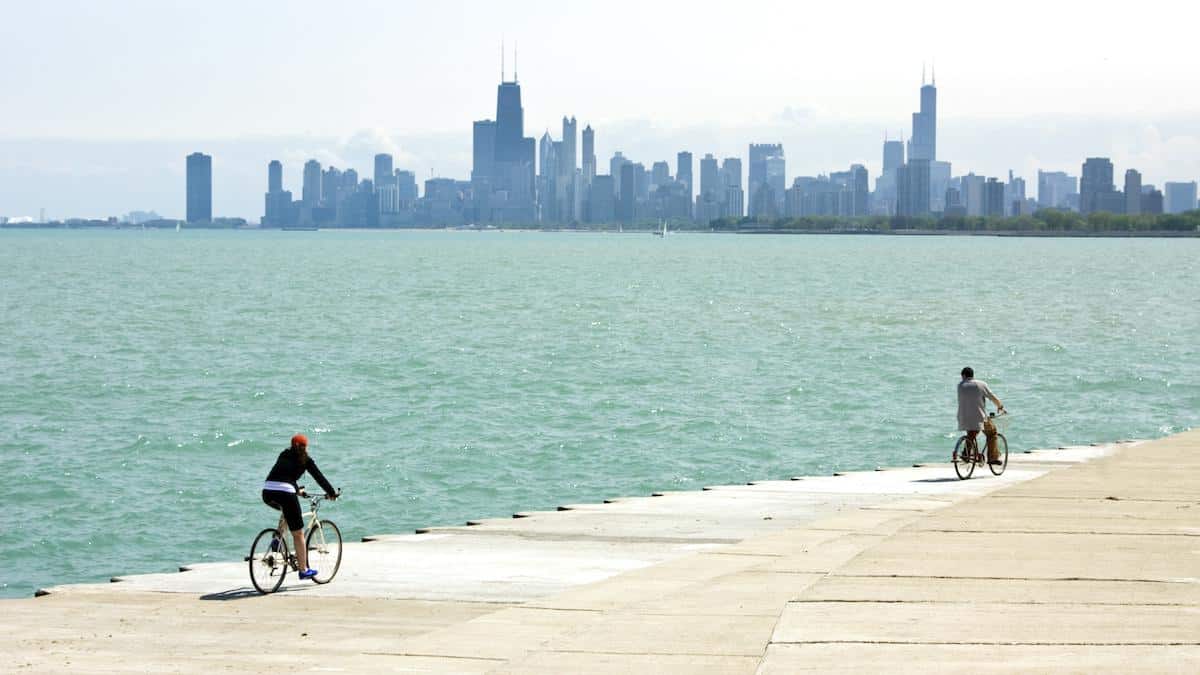 The Great Lakes, including Lake Michigan, experienced some of their warmest temperatures on record in the summer of 2020. Ken Ilio / Moment / Getty Images

Heatwaves are not just distinct to the land. A recent study found lakes are susceptible to temperature rise too, causing “lake heatwaves,” The Independent reported.

For the first time, researchers showed how lakes experience heatwaves and are sensitive to variations in the climate, lead author Dr. Iestyn Woolway, a research fellow at the European Space Agency’s Climate Office in the UK, told The Independent.

Published on Wednesday in Nature, the study analyzed how hundreds of lake temperatures changed across the world, from the period between 1901 to 2099. If greenhouse gas emissions continue to rise, lakes will experience hotter and longer heatwaves, researchers found.

But high greenhouse gas emissions could increase more than just a lake’s temperature during a heatwave. The average length of a heatwave could also increase from eight days to 95 days by the end of the century, The Independent reported.

“As lakes warm during the twenty-first century, their heatwaves will begin to extend across multiple seasons, with some lakes reaching a permanent heatwave state,” the study noted.

The Great Lakes water temperatures were six to eleven degrees warmer than normal this past summer, responding to air temperatures in the region that were some of the warmest ever reported, The Washington Post reported.

“Last year was really cold and there was a lot of rain. This year there hasn’t been as much rain, and it’s been persistently hot,” Andrea Vander Woude, manager of the Great Lakes CoastWatch program at NOAA, told The Washington Post.

Some locals in the Great Lake region had nothing to complain about. “I’m loving this,” Whitney Miller, a Michigan-based swim instructor, told the Record-Eagle, a newspaper in the region, according to The Washington Post. “Last year I was in a wetsuit up through the 15th of July … I was a popsicle.” However, high temperatures in lakes pose a serious threat to the survival of natural ecosystems, the study found.

Serving as more than just a recreational hotspot, the Great Lakes are an important source for clean water and economic livelihood. Nearly 90 percent of the freshwater in the United States and approximately 20 percent of the world’s fresh water supply comes from the Great Lakes, according to NOAA. Millions of pounds of fish are also extracted out of the lakes each year.

But meeting the Paris agreement’s goal of limiting global warming below 2°C compared to pre-industrial levels could slow temperature increases and reduce heatwave length in lakes, the study found.

Relative to the period between 1970 and 1999, lake temperatures during heatwaves could be limited to just a 0.3°C increase by the end of the century if this goal is met. A lake’s heatwave duration could also be limited, increasing by only 27 days, rather than 95 days in a high emissions future, according to the study.

To avoid major changes to lake ecosystems, action must be taken now, the researchers stress. “Reducing greenhouse gas emissions must remain at the forefront of our agenda,” Dr. Woolway told The Independent.