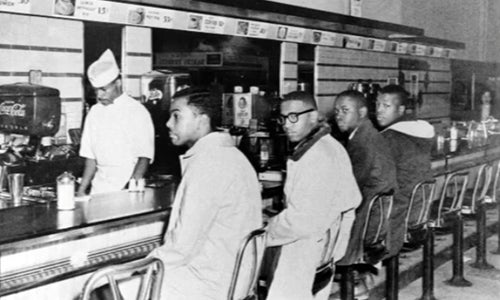 Fifty-five years ago Jibreel Khazan of the Greensboro Four sat down at the lunch counter inside the Woolworth store on Feb. 1, 1960 with three other classmates from North Carolina A&T University to highlight racial injustices in America.

At that time, Jibreel and his classmates were fighting for equality, and the goal to desegregate the lunch counter across America became central in that fight. 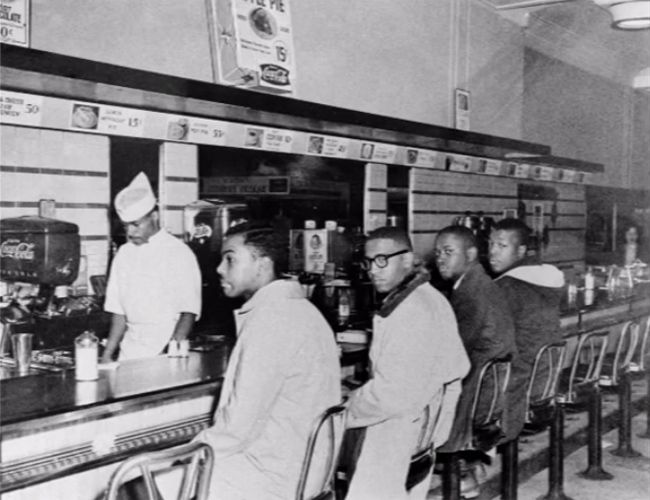 It’s the 55th anniversary of the Greensboro sit-ins at the Woolworths lunch counter. Jibreel Khazan, one of the two living of the original group of four North Carolina A&T students who started the sit-in, gave a powerful statement this week about today’s ‘lunch counter moment.’

Today, while the fight for equality continues, because of climate change it is no longer just about equality, but also existence.

Please watch this video of one of our great elders from the civil rights movement and see where the past intersects with the present and looks to protect the future. Hear the wisdom of one who states that “in the tradition of civil and human rights struggle that young people today are calling for action on climate change. It is the biggest threat to justice and opportunity our planet has ever seen.”