Climate Change is No Laughing Matter 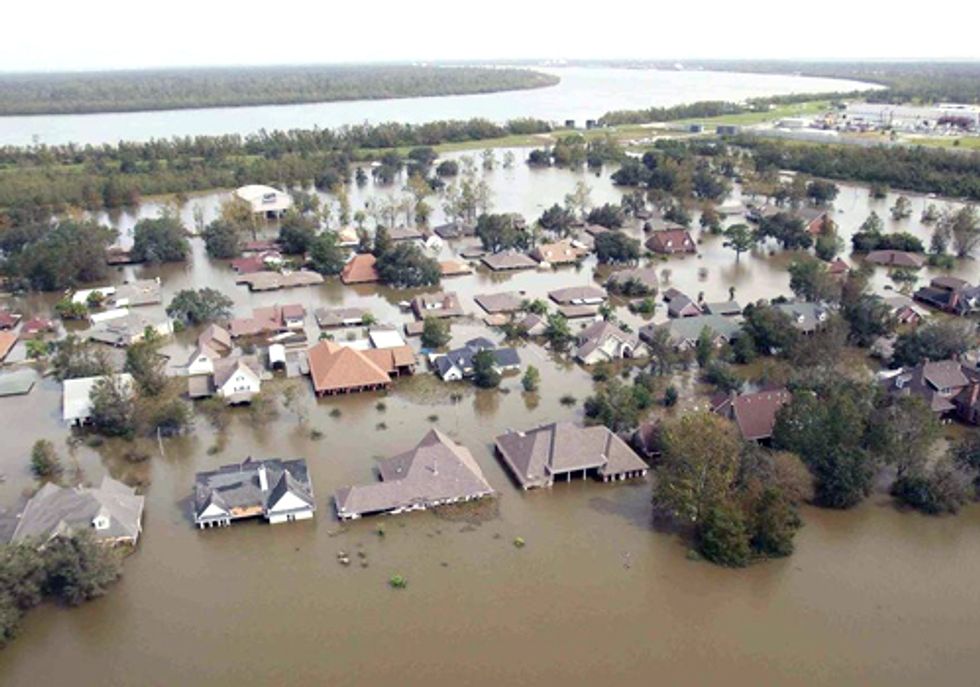 In case you missed it last week, Mitt Romney said in his nomination acceptance speech that “President Obama promised to begin to slow the rise of the oceans and heal the planet. My promise is to help you and your family.”

And then the crowd erupted in laughter and cheers.

There is something wrong when, in 2012, a major party candidate for President uses global warming and the environment as a quip–especially when much of the state of Louisiana is still under water from Hurricane Isaac, which brought huge storm surges and record rain falls that were literally pulling parts of the Gulf Coast back into the ocean.

It is surreal. It ignores the reality of what is happening. But it does provide an opportunity to explain better why rising seas and the planet’s declining health hurt us and our families.

Jobs and our Economy–The single most important reason that our economy remains sluggish is high gas prices and the high cost of imported oil. We import the same amount of oil into this country as we did in 1997–but it now costs us nearly $300 billion a year more, a five-fold increase.

That is nearly $1,000 more per American each year. If we had that money here, rather than sending it out of the country, we could employ almost 5 million people with jobs that pay wages and benefits worth $60,000 per year.

Increasing our dependence on expensive oil, domestic or foreign, will not help our economy. The most expensive oil in the world, both economically and environmentally, is offshore oil and oil extracted from the tar sands of Canada.

Health Care Costs–One of the causes of increasing health care costs is pollution from coal and other fossil fuels–a cost of more than $175 billion a year from coal alone according to research led by Paul Epstein of the Harvard Medical School. That figure is more than $560 per American every year.

The pollutants from coal and other fossil fuels cause or contribute to bronchitis, asthma, respiratory disease, heart disease and neurological disorders. When people suffer these problems, they and their families not only incur substantial health care costs, they also lose economic productivity from the need for medical care and treatment.

Climate Disasters–In 2011, the U.S. was hammered by a record 14 billion dollar disasters at a total cost of $52 billion–damages of more than $160 per American from just those 14 disasters.

In Iowa, we have suffered floods, drought and severe storms. Around the country, Americans have suffered damage from hurricanes, tropical storms, floods, droughts, severe storms, wildfires, infestations of pests and outbreaks of disease. These disasters cause severe property damage, endanger people and disrupt our economy. Their numbers are growing and will continue to grow until we deal effectively with climate change.

As the sea levels continue to rise, it is projected that more than 3 million Americans will be displaced from their current homes over the coming century. Globally, the number is much, much higher. If we do not stop sea level rise, you and your family will be affected by the disruption of our global economy and an influx of environmental refugees from other places.

Loss of Natural Resources–Unusual weather and habitat loss are combining to disrupt ecological areas across the state and our country. At its web site, Ducks Unlimited states that it has examined “the best available science” and concluded that “climate change poses a significant threat to North America’s waterfowl that could undermine achievements gained through more than 70 years of conservation work.” If you and your family enjoy hunting and fishing, you should be concerned about rising sea levels and the planet’s health.

Finally, I am not afraid to say that I care about the health of the planet simply because I care about it. I want my children and someday my grandchildren and future generations to have the opportunity to live in a world where there are forests in the Rocky Mountains, glaciers in Glacier Park, polar bears, cheetahs and Monarch butterflies.

The health of the planet matters to me and my family. It should matter to all of us and all of our families.