Climate Change Is a Major Buzz Kill for Bumblebees 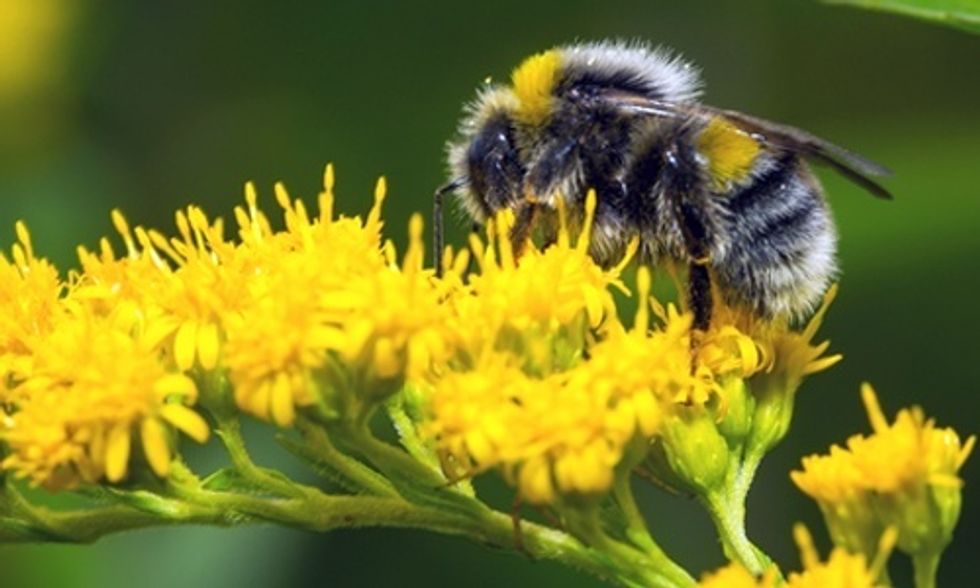 The humble bumblebee is feeling the squeeze from climate change. Research shows that its southern range is being reduced as the planet warms—and yet it seems to show no sign of migrating northwards to safety.

The role bumblebees play as plant pollinators is vital in providing food for humans and wildlife.
Photo credit: Shutterstock

This unwillingness to head for cooler climes could prove disastrous, and has prompted some scientists to suggest that humans may need to intervene by creating refuges for the bees away from the heat.

Jeremy Kerr, a biologist at the University of Ottawa, Canada, and colleagues report in the journal Science that they generated a database of 423,000 local observations of 36 European and 31 North American species of the genus Bombus and mapped the patterns of change.

They found that in recent, increasingly warmer decades, bumblebees tended to disappear from the southernmost and hottest parts of their range, but did not shift north. In some cases, the insects’ range had shrunk by as much as 300 kilometers.

“For species that evolved under cool conditions, like bumblebees, global warming might be the kind of threat that causes many of them to disappear for good.

“Unlike so many other species, bumblebees generally haven’t expanded into more northern areas. We may need to help these species establish new colonies to the north, and at continental scales.”

The finding is a clear indication that some naturally mobile species may not be able to adapt to climate change.

In recent decades, biologists have used animal and even plant migration to monitor climate change. Alpine species in Switzerland have been observed moving uphill, and in the UK, the butterfly range has tended to shift northwards.

In the latest study, the scientists looked at a range of factors that might limit bumblebee migration—things such as changes in land use, and pesticide prevalence, create problems for all wild species. But these factors seemed to play no significant part in limiting the creature’s range.

There is evidence that, where they can do, some species are moving uphill by as much as 300 metres, while still staying in the same latitude. But researchers do know that bumblebees don’t thrive in the extremes of heat that have been an increasing feature of recent decades.

“We don’t know for sure what is causing a stagnation at the northern end of things,” says Paul Galpern, a landscape ecologist at the University of Calgary, and a co-author of the report.

“Bees should be able to start new colonies in places they did not historically occupy. But we don’t know why this is happening so slowly that it looks like the ranges are not moving at all

“This all points to the fact that bumblebees are at risk, and the services that they provide are increasingly threatened by human-caused climate change.”

Such creatures play an important role in temperate zone ecosystems. “Bumblebees pollinate many plants that provide food for humans and wildlife,” says Leif Richardson, a biologist at theUniversity of Vermont, and also a co-author of the report.

“If we don’t stop the decline in the abundance of bumblebees, we may well face higher food prices, diminished varieties, and other troubles.”

Professor Kerr reinforces the message. “Pollinators are vital for food security and our economy, and widespread losses of pollinators due to climate change will diminish both,” he says.

“We need to figure out how we can improve the outlook for pollinators at continental scales, but the most important thing we can do is begin to take serious action to reduce the rate of climate change.”