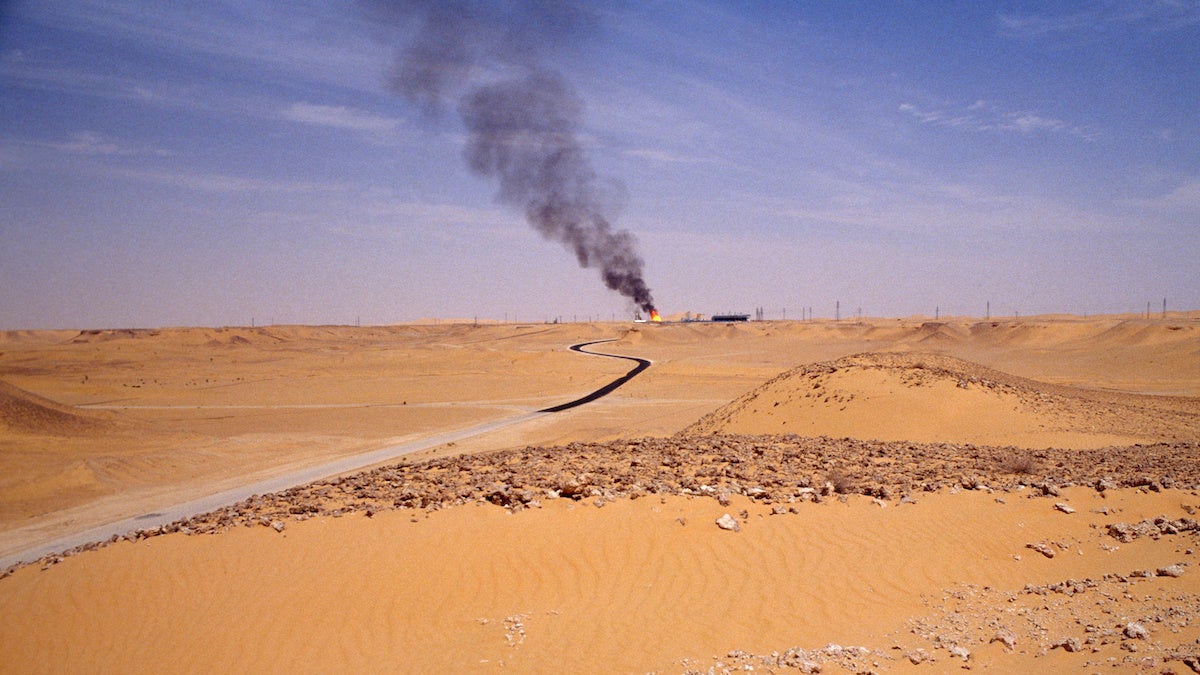 Oil wells near Hassi Messaoud, Sahara Desert, Algeria. If nothing is done to reduce greenhouse gas emissions, one third of humanity could live in conditions as hot as the Sahara Desert by 2070.

If nothing is done to reduce greenhouse gas emissions, one third of humanity could live in conditions as hot as the Sahara Desert by 2070.

This sobering conclusion, published in The Proceedings of the National Academy of Sciences Monday, was based on an international study of the climate conditions humans have preferred over the past 6,000 years and how the climate crisis might alter them.

“The numbers are flabbergasting. I literally did a double take when I first saw them,” study coauthor Tim Lenton of Exeter University told The Guardian. “I’ve previously studied climate tipping points, which are usually considered apocalyptic. But this hit home harder. This puts the threat in very human terms.”

The researchers first set out to determine if humans had a “climate niche,” or ideal temperature range they tend to settle in, much like other animals, The New York Times explained. They found that, throughout human history, we have consistently chosen locations with a relatively narrow temperature range.

“We didn’t think that would be the case,” study coauthor Marten Scheffer, a professor of complex systems sciences at Wageningen University in the Netherlands, told The New York Times.

This human vulnerability to climate extremes is bad news for the future. In a business-as-usual scenario, 3.5 billion people will live in areas with a mean temperature above 84 degrees Fahrenheit or 29 degrees Celsius within 50 years.

The countries most at risk from extreme heat are India, Nigeria, Pakistan, Indonesia and Sudan. In India, more than 1.2 billion people could be exposed to these temperatures.

“I think it is fair to say that average temperatures over 29C are unlivable,” Scheffer told The Guardian. “You’d have to move or adapt. But there are limits to adaptation. If you have enough money and energy, you can use air conditioning and fly in food and then you might be OK. But that is not the case for most people.”

The scientists said their findings were another argument for climate action, noting that, if emissions are reduced, the number of people exposed to these temperatures would decrease to around one billion, according to The New York Times.

“The good news is that these impacts can be greatly reduced if humanity succeeds in curbing global warming,” Lenton told USA TODAY. “Our computations show that each degree warming (Celsius) above present levels corresponds to roughly 1 billion people falling outside of the climate niche. It is important that we can now express the benefits of curbing greenhouse gas emissions in something more human than just monetary terms.”