The Miraculous Hope of Climate Realists 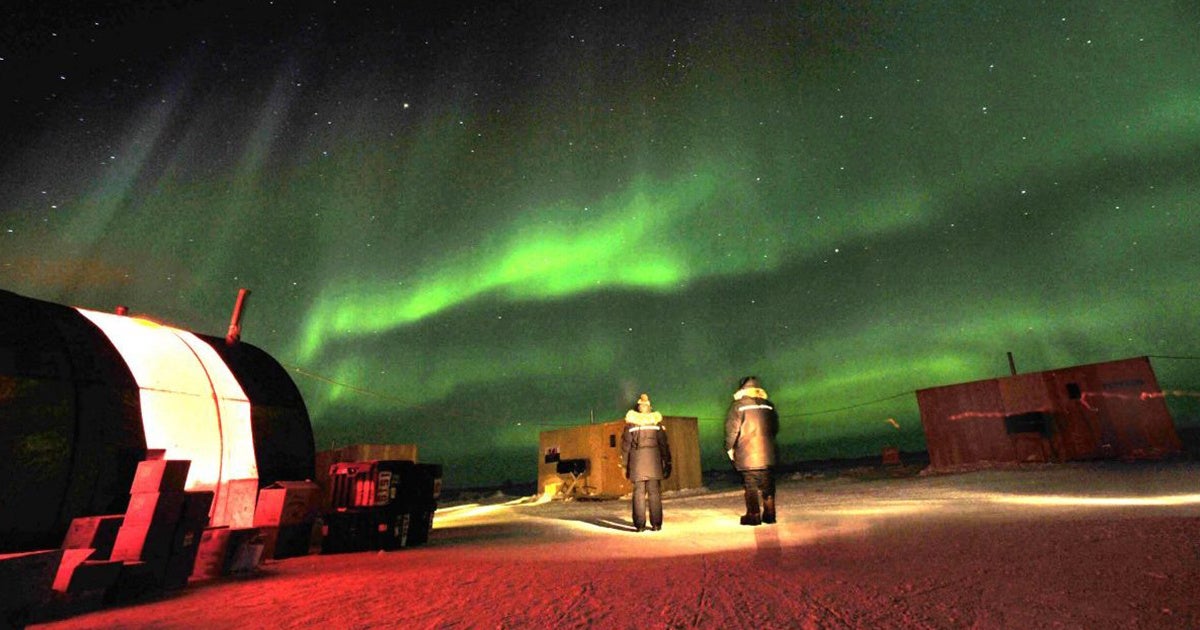 We’re stepping into a new year in the climate fight. The turning of the year is a milestone both for stoking our resolve, and for noting how deep we now are into climate overtime. In 2018 there was a lot of talk of diminishing odds and despair, and not without reason. So if, like me, you’re heading into 2019 discouraged or even despairing, I have three things to say: you’re not wrong; the fight from here on out is not the one you signed up for; but there’s more to hope, even your own, than meets the eye.

A climate scientist and dear friend told me back in 2008 that she had moved into a “post-hope” stage of her life. She wasn’t despondent, more matter-of-fact, as she left her job here at UCS for a 6-month “breather” in Antarctica. I didn’t understand her at the time; what comes after hope? A few months later, though, through my work analyzing climate impacts and following climate science, I had my first paralyzing run-in with climate grief and since then have gone a few times round the grief cycle. And today, we have the latest science and most recent abdications of leadership underscoring how dire things are. I understand better now.

But I think she misunderstood hope.

I don’t have some hopeful gospel to preach to you; I’m not even going to encourage you to be hopeful. But since my teens, through my work and personal passions, I’ve been wandering a path from climate awareness to climate anxiety to climate anguish and I couldn’t help but learn something about the true nature of hope after all these years of running it over with a bus. That knowledge—not optimism or determination, or any virtue on my part—has become my superpower over climate despair. In recent years, in fact, I’ve realized that I’m just immune to it; it lands but can’t stick. You may be the same, though you might describe it differently or not even know it yet.

You’re not wrong: it’s bad. There’s this great, intricate weaving—the one we’re all walking around on—and someone’s been snipping intermittent threads that attach it to the loom. Things are starting to unravel in obvious, abrupt patches, sending us scrambling. Other changes are coming through gradual but widespread loosening of strands. We race about hastily tying threads back together, but we’re not as good as the weaver. The patterns are starting to become disorderly. How many more strands can be cut before they’re unrecognizable? And why haven’t we taken away the scissors?

But who needs metaphors when we have science. As 2018 wound down, science walloped us. The IPCC 1.5 degree report, the U.S. National Climate Assessment and other scientific works were released with stark assertions about the things that are all but lost, the things we can fight for if we bring our strongest ambitions to bear, and the waning gap between such ambitions and where we are headed. We saw the UNFCCC Conference of the Parties (COP) come and go in Poland with progress made, but vastly insufficient to the long-term goals. 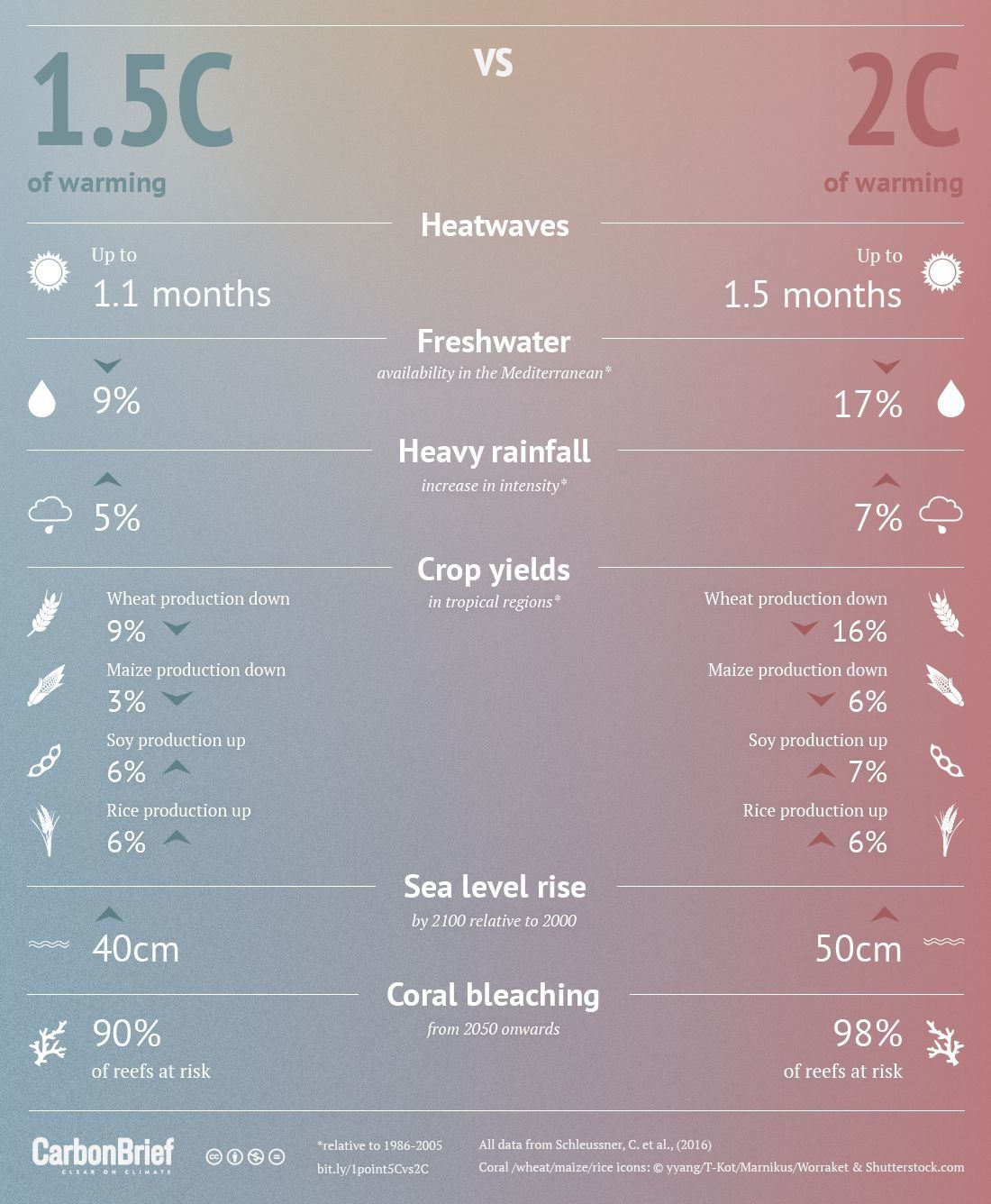 If you’re a realist, and you’re absorbing these things and where it’s all pointing us, you’re apt to feel some despair. Aldo Leopold wrote that if you study ecology, the price you pay is to walk through a world of wounds. But wounds are for healing. Today, if you follow the changing climate, you walk through a world of ghosts—creatures and places and, today, even people whose claim and foothold in the future is now fatally undermined. Coral reefs are fading before our eyes, an Arctic food web is fading with the summer sea ice, and delta and island homes are fading into the sea.

At some point in our climate awareness many of us begin to grieve. (And maybe to rage or panic; more than once, I’ve had this momentary visceral urge: how do I get off this ride?) And the grief we feel cycles between the poles of acute anguish and resignation, but it never really lifts. Many of us, understandably, have felt our hope grow thin. At some point, we lose a climate fight we really needed to win and we feel hope tear. And at another point, we reach for its comfort and we don’t feel it at all. It’s gone, sublimated like vapor from ancient Antarctic ice. We might think the despair we feel has taken its place.

But here’s the thing: it’s not that easy to lose hope.

The True and Gritty Nature of Hope

When people think of hope, personified, it’s usually a butterfly, or a dove or a sapling sprouting from the ground. Yes, and. That’s not the hope we’re talking about. Bring it along, but it’s not the kind of hope we’ll be using so much where we’re going.

In Finland, there’s a word, “sisu,” which gets crudely translated as determination, grit and courage. The Finnish side of my family liked to celebrate it. But it’s meant to be more; something like extraordinary resoluteness and perseverance in the face of extreme adversity. The Finns also have an epic poem, The Kalevala, handed down in the oral tradition for over a thousand years, and finally captured on paper in the 1800s. Like most myths, it is pretty nutty, but myths endure for a reason and I found one in the story of Lemminkäinen’s mother, a nameless woman who, for me, defines sisu and redefines hope. Let me tell you the short version:

The brazen young hero, Lemminkäinen, is murdered for his womanizing, and his body is utterly destroyed, blasted into tiny pieces and cast into the black river Tuona that courses through the underworld. All his mother knows is that her beloved boy is missing so she searches the world over to find him, every difficult mile in vain. Finally, she asks the sun and it gives her the terrible, heart-shattering news. Okay, she says. I’m going to need a rake. Make me one, she tells her friend the blacksmith, and she descends into the darkness and begins to seek her boy anew. She rakes the river Tuona for untold days, in her wet shift in the cold rushing blackness, all the way to the ocean. Nothing. So, she turns and begins raking her way back upstream. And somewhere in the blending black days and weeks she finds … a piece of his shirt. So, on she rakes. And she finds a bone, eventually a rib, finally a hip. On she rakes, maybe not even thinking enough to despair. Just striving to save her boy. Because if she thinks she possibly can, then how can she possibly stop?

Eventually, she finds all of him. And she begins to sew him back together. Every bit of sinew attached to every bone, every patch of flesh rejoined, every eyelash made right in her inconceivable toil. Finally, he is complete. And with a drop of honey to his lips, Lemminkäinen stirs and comes to life. His mother has fought long and hard and far, far beyond all limits of what we think of as hope. Her hope is no butterfly. It’s more like the monarch’s miraculous migration and the green-fuse force of life that drives it. 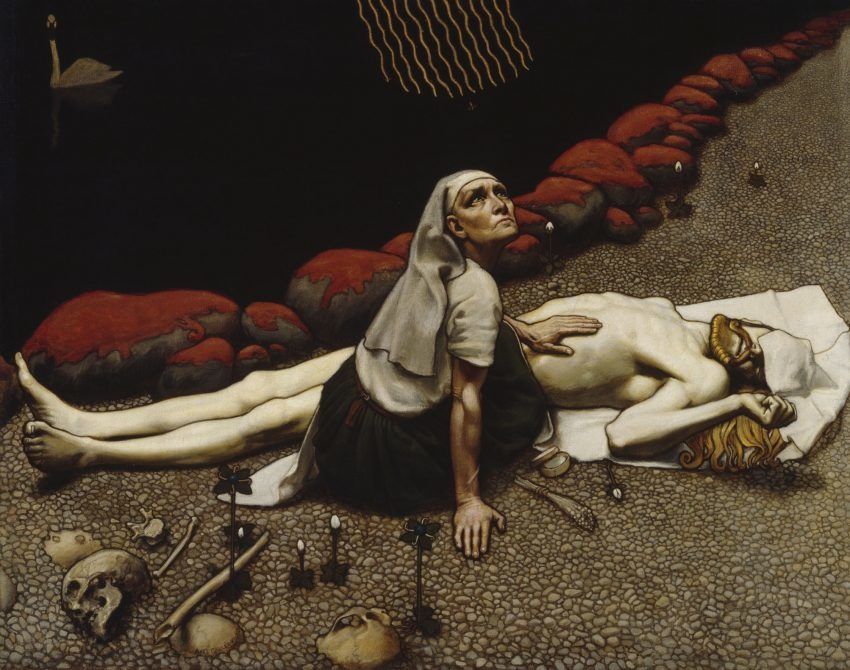 Painting by Akseli Gallen-Kallela, depicting a scene from Kalevala, the Finnish epic poem. Here, Lemminkäinen’s mother has retrieved and restored his body.

In English we say, “Hope springs eternal.” In Russian it’s, “Hope dies last.” In The Kalevala, it’s what sends the woman back into the black river. They’re different vantage points on the same human impulse: if you love something, you hope. You move. You keep. You rake. You don’t even get to decide.

However poorly we tend it, however fragile we think it, this hope thing will not—really, cannot—quit. We might feel anguish, but despair just won’t stick because it’s not over. Maybe it’s an evolutionary impulse to save our own skin and our loved ones’; to quote a friend, “Hope is a discipline for survival.” But I’ll call it love. I’m not sure they’re different. And therein lies hope’s unstoppable power: if you love—anything—you hope.

And sisu, that untranslatable term—to me it’s how that unstoppable power shows itself. It’s both a question for dark times: what wouldn’t you do for what you love? And its own answer: nothing.

It’s no longer the same fight we signed up for however many years ago. But you knew that. And we’re not bearing the same hope we started with. For many of us, our hope had to relinquish and shapeshift and detach from the objects of its desire. And instead hew only, but closely, to its driving spark. Our hope had to mutate and evolve. We don’t necessarily hope for this, or for that. Our hope doesn’t even say I’m going to have to hope for the best. Now it just says I’m going to have to fight like hell.

I struggle to neither over- nor understate the fight. History is pocked with the terrible things humans have survived in body and spirit, and we are the most fortunate generations ever to live. Lots of bodies are in the way of climate harm, but rarely ours, and today the fight itself isn’t one we fight with our bodies. Today, the only thing we need to ask of ourselves—whether it’s defeating the fossil fuel industry, winning pro-climate elections, defending climate science, or getting out in the streets in demonstration—is that we’re still in. I think we’ve got that. 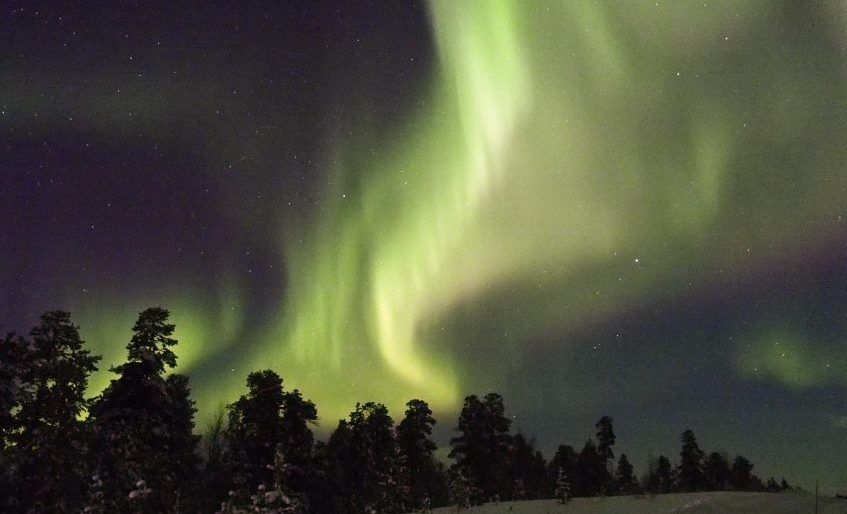 At the same time, no generations have ever had to question and concede the future quite like this. (That kids and young people just starting their lives are now tuning in to all of this and being told, “It’s up to you to fix it” is the thing that very nearly breaks me. Like hell it is. Many of us would stay in the black river forever if it kept them on the banks.) And we’ve never had to fight quite like this, against an enemy that both opposes us and is us, over and over, and without clear hope of winning. There’s no simple “winning” when so much is lost. Not gone, but condemned.

But look: it’s still beautiful, isn’t it. I’ll fight for that.

You, My Weary Friend

Lemminkäinen’s mother doesn’t even have a name in her story and I like to think that’s because she and her actions are elemental to all of us: each of us working to add our small piece to the whole, many of us weary of all this but cloaked in our miraculous hope, where despair can touch us but it can’t hold us for long, because we love and therefore we hope. And because this fight is far from over. It starts new each day.

The fight we signed up for is now the fight for what’s left and the people who get left with it. That’s all, really. But it’s also everything. And you, my weary friend, will never stop. 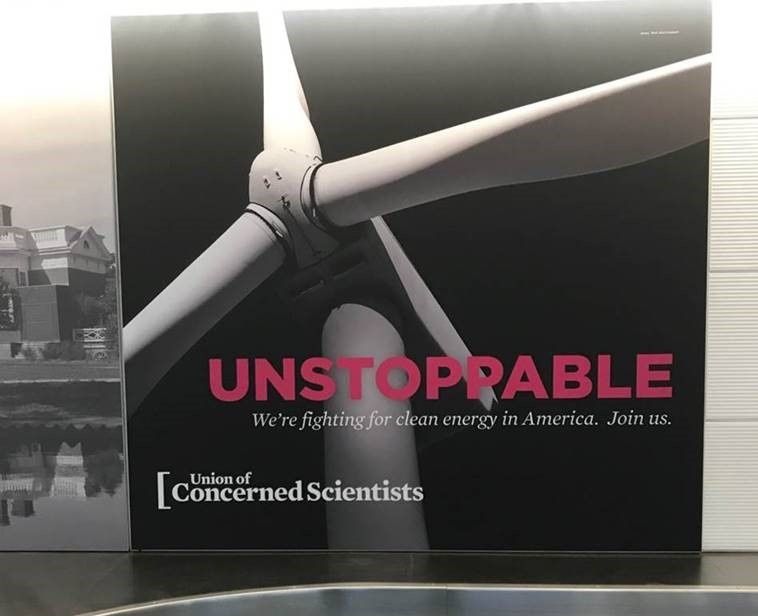 UCS banner in a U.S. airport