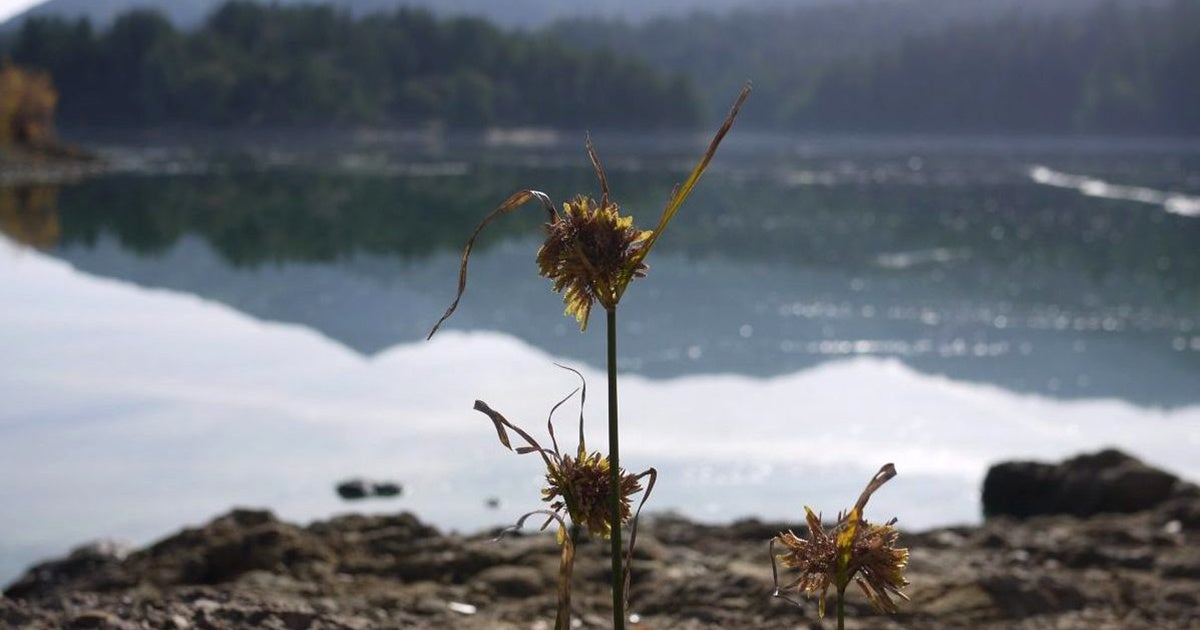 It’s been a tough year for those of us in the climate change community. Each week has seemed to bring either a fresh report reminding us of how precious little time we have left to try to turn this ship around or a disaster that has climate change’s fingerprints all over it. Friends, family, colleagues and reporters have all asked whether I’m optimistic or hopeful about our ability to limit the severity of future climate change. And I’ll be honest: I’m not. But that doesn’t mean we should give up—in fact that would be among the worst things we could do. Rather, we need to hold fiercely to a vision of the future we want to see and work like hell to make it a reality.

Major Climate Events in 2018 Made It a Particularly Grim Year

During 2017—the year in which Trump announced that the U.S. would withdraw from the Paris agreement, three Category 4 hurricanes made landfall in the U.S. for the first time ever, and my home state of California witnessed its most destructive wildfire in recorded history—I found myself faced with the reality that we were witnessing the very events that climate scientists had long been saying we’d see as our climate warmed. And that was jarring. But 2018 marks the year that I truly started to grieve for what we have done and what we have failed to do.

There has been much to fuel that grief this year. So much, in fact, that words on a screen and cells in a spreadsheet didn’t feel real enough. Instead, I had to write and draw about this in my notebook to make sense of it all, letting it pour out dot by dot into what I call my “Grief Graph.” 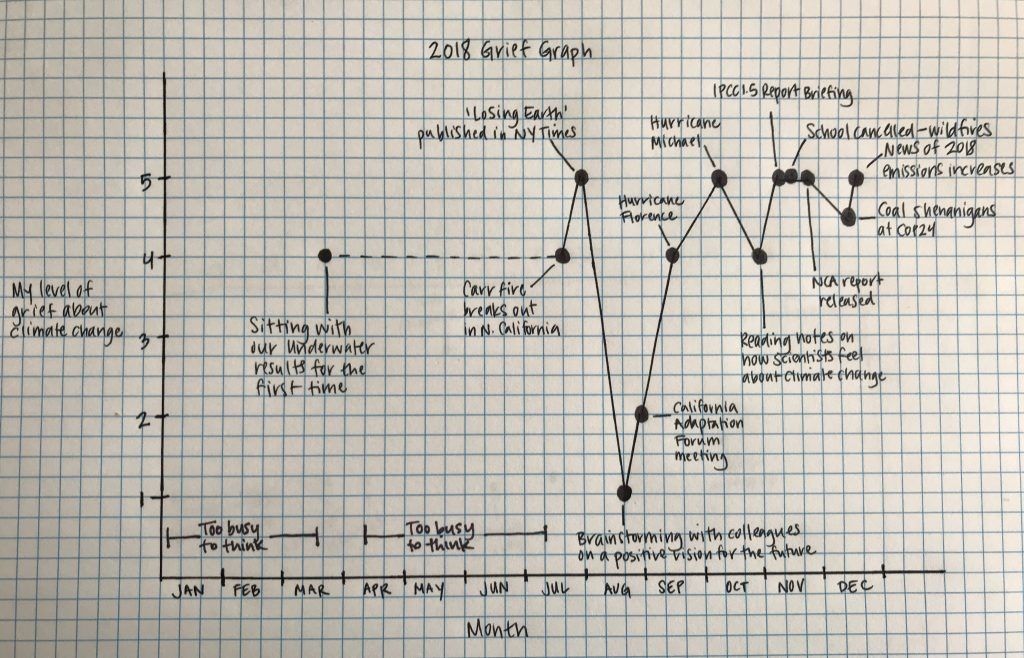 My 2018 Climate Grief Graph. My son might call this a grief-o-MOM-eter. Not shown here are the many, many short spikes in grief triggered by the Trump administration’s efforts to dismantle environmental regulations and prop up the fossil fuel industry. Kristina Dahl

For the first half of the year, the intensity of generating the data for our Underwater report mostly prevented the climate change arrows that were being slung from piercing my armor. Oh, blessed, messy data, thank you for distracting me from whatever was going on during those months. I trust that it was all unicorns and fairy dust.

But for the second half of the year the blinders were off. Shortly after taking my own turn at unleashing a new set of data showing just how profoundly changed our country will be if we continue along this path, and as wildfire smoke created a blanket of doom over the Bay Area, I had more time to ingest everyone else’s dire reports. Oh, and there were two devastating hurricanes.

Readers, because I care about your well-being, if you are immersed in this stuff day in and day out, go ahead and skip to the next section. Yes, I’m issuing a trigger warning regarding the following list, which highlights a few of the lowlights shown in the graph above.

1. “Losing Earth.” On August 1, the New York Times devoted its entire weekly magazine to a piece by Nathaniel Rich called Losing Earth. In it, Rich provided a captivating history and timeline of the realization by scientists and politicians that climate change presented tremendous dangers to society and that we were responsible for it. The timeline covers my childhood from ages 1 through 11 (1979-1989). I realized as I read this how quickly climate change became entrenched in politics and how unable scientists were to get out of the trap of discussing levels of uncertainty so that policy headway could be made. The fact that so much was known so long ago means that we’ve wasted basically my entire lifetime debating whether climate change is real or not and whether or not we should do something about it.

2. In early November, my colleagues here at UCS provided a briefing of the recently-released IPCC 1.5 Report for our Climate and Energy program. I had read portions of the report on my own and taken in the incredibly sobering messages of its Summary for Policymakers. But hearing my colleagues succinctly describe how little time we have left to drastically reduce our emissions if we want to stay below 1.5°C of warming was devastating. To stay below 1.5°C , we’ll need to reduce coal use by about 60-75 percent by 2030. Every tenth of a degree above that gets us a little closer to the 2 °C mark, at which coral reefs are a thing of the past.All the potential pathways that limit warming to 1.5 °C without overshooting that mark at all will require us to be actively removing carbon dioxide from the atmosphere. I look at those timelines and feel like I’m having one of those anxiety dreams in which you realize you have a final exam in 5 minutes, but you didn’t know you were registered for the class. The challenge before us is simply monumental.

3. Then came the Camp Fire near Paradise, California, and the horror of watching the death toll creep up to nearly 90 while we hunkered indoors for nearly two weeks because the air quality was so unhealthy. School was cancelled here in the Bay Area, and going outside felt like stepping into the pages of a dystopian novel.The sidewalks in my neighborhood, which usually host a steady stream of pedestrians? Empty. The hardware stores were out of N95 masks, and there were no air purifiers to be purchased within a 200-mile radius. Just the right time for the release of another sobering climate report! This time, the National Climate Assessment.

4. My grief ebbed a teeny bit during the COP24 talks in Poland–despite the Trump administration’s chummy behavior with the world’s major fossil fuel producing countries—because some progress was made in defining the rules by which countries will report their progress on reducing carbon emissions. But that was bracketed by the news that carbon emissions rose substantially faster in 2018 than they had in the two previous years for both the globe as a whole as well for the U.S. 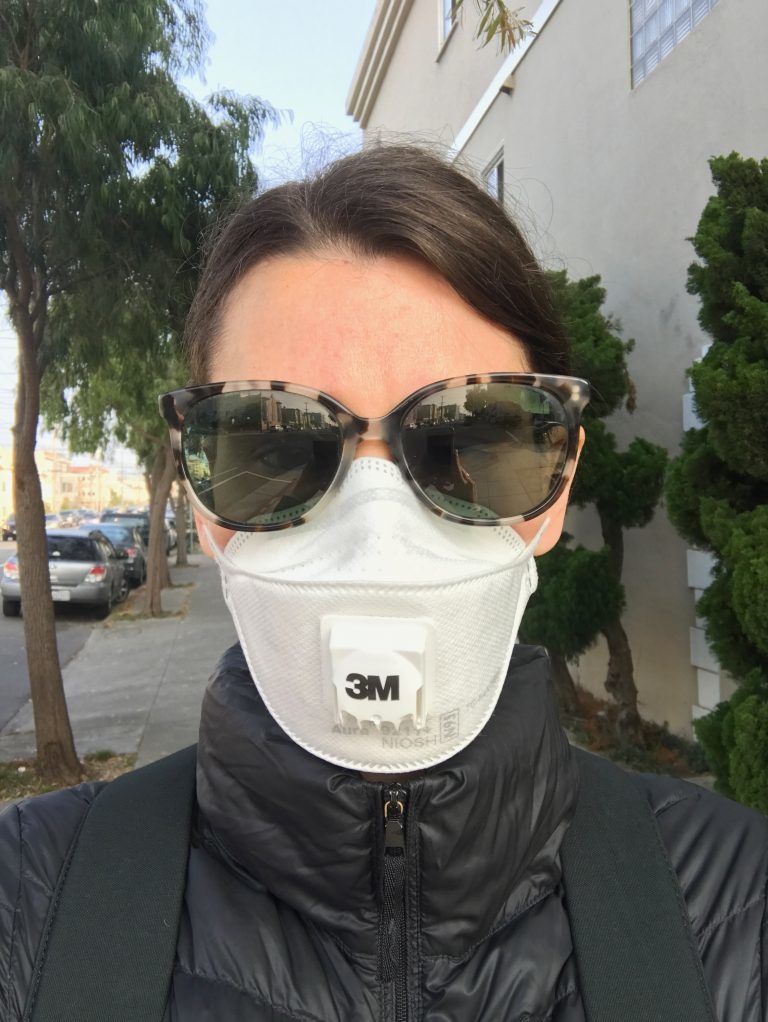 And that doesn’t even begin to wade into the heartbreaking impacts of extreme weather all around the world.

The Two Solutions to Climate Grief: Hard Work and a Positive Vision for the Future

The grief graph above demonstrates the grief-stemming power of two activities: being hard at work on activities that one hopes will make a difference and taking the time to think about the future you’re working for. I’d like to focus on the latter here because the former is productive, for sure, but in terms of emotions, it is little more than a distraction from the grief.

In late August, my colleagues and I had a free-form conversation about what we’re really excited to work on as a group. What energized us most focused not on climate impacts—our bread and butter—but on climate opportunities.

For a few weeks, when I closed my eyes, I envisioned a world in which our coasts are transformed by wide swaths of beautiful wetlands that have the space they need to migrate inland. A world in which the people who used to live on the land the wetlands inhabit have found new opportunities on higher ground and are thriving because they had the support and resources they needed to relocate. A world in which we can turn on A/C that’s powered without carbon-based fuels and we no longer have that nagging feeling that by making ourselves comfortable, we are ultimately making the heat worse.

This sort of thought exercise can be much more than that. Competitions like Resilient by Design challenge us to envision what our communities could be like, and present us with beautiful, sustainable options that are even more appealing than what we see around us today. Similarly, the Urban Resilience to Extremes Sustainability Research Network and the Seeds of the Good Anthropocene initiative have developed frameworks for workshops in which participants develop positive visions for a future in which the climate is warmer and extremes are more frequent.

We may not be able to decrease our emissions fast enough to keep warming to below 1.5°C. My children will likely see the extinction of species, the deterioration of coral reefs and ice-free summers in the Arctic. And with all of that, grief feels justified.

But I can also see a future in which we have done everything within our power to make our world as beautiful and healthy as it can be for our children and grandchildren. If hope and optimism aren’t in your toolkit right now, I think that’s ok. They’re not in mine. But the last thing we’re going to do is give up, right? So let’s hold that beautiful future in our hearts and minds so that it can give us the courage, the ambition and the endurance to keep up the fight.