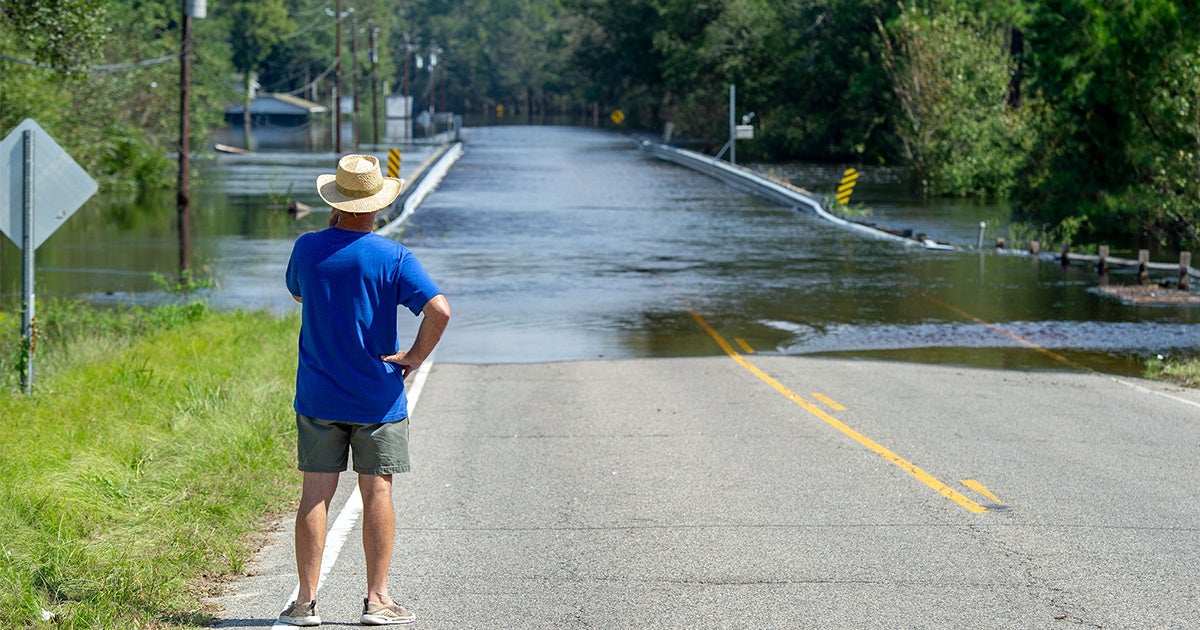 A widening madness threatens the world, only one thing can avert catastrophe, and we’re running out of time.

That’s no Hollywood action film trailer. It’s the sobering and all-too-real warning sounded by the world’s top climate scientists in an authoritative report released this week. We can still prevent runaway climate disaster, they conclude, but only by taking “rapid, far-reaching and unprecedented” action now to shift to cleaner, smarter ways to power our future. We can do this, the report says, but we have about a decade—tops—to get it right.

In a tragic reminder of the urgency we face, the people of Florida, Georgia and the Carolinas are grappling with the aftermath of yet another unexpectedly powerful hurricane. Many factors combine to create a storm like Michael; however, we do know that warming oceans and air pack more energy and moisture into a storm, setting the stage for greater damage when they reach our shores, in yet another indicator of the growing dangers of climate disruption.

“Climate change represents an urgent and potentially irreversible threat to human societies and the planet,” states the report from the Intergovernmental Panel on Climate Change (IPCC), a United Nations body. It’s the work of nearly 100 climate experts drawing on more than 6,000 peer-reviewed studies from scientists worldwide.

Yes, we’ve seen similar reports before. This one, though, uses the most current science to draw a stark line between climate threats we can manage and runaway destruction we won’t be able to reverse. The difference comes down to whether we can hold global warming to no more than 1.5 degrees Celsius. Whether we succeed will be determined by what we accomplish between now and 2030. There’s no time left to squander.

To no one’s surprise, this urgent call to action fell on deaf ears at the White House. President Trump is doing all he can to accelerate the growing dangers of climate change and leave our kids to pay the price. He’s working to roll back common sense standards to clean up our dirty power plants and our cars and trucks, the biggest sources of the dangerous carbon pollution that’s driving climate change. He’s diminishing the role of science in protecting the environment and public health. And he’s working to withdraw U.S. participation in the landmark 2015 Paris climate agreement.

That’s not leadership. It’s a betrayal, frankly, of the public trust and an abdication of the duty we have to leave future generations a better world. And it’s not what the American people want, not when 64 percent of us expect our government to do more, not less, to fight climate change.

Fortunately, decision makers in businesses, cities and states across the country are singing a different tune. Just last month, more than 4,000 of these leaders and activists from around the world gathered in San Francisco to rally around a historic slate of actions to dramatically advance a global effort to meet climate change head-on.

True leaders understand what’s at stake. They have a vision for confronting climate change. And they’re putting policies in place to accelerate the shift away from the dirty fuels that are driving this global scourge and toward cleaner, smarter ways to power our future.

That starts with improving energy efficiency, so we do more with less waste. It means building, right here in our country, some of the best all-electric and hybrid vehicles anywhere. And it means getting more clean, homegrown American power from the wind and sun.

By doing those things and shifting away from coal-fired power plants to cleaner energy sources, we’ve cut our carbon footprint more than 14 percent since 2005 while our economy has grown 21 percent in real terms.

The shift to a clean energy economy, by the way, has created well-paying jobs for 3.2 million Americans, nearly three times the number of people working to produce coal, oil and gas and to staff the power plants that burn those fuels.

By building on clean energy progress and accelerating these gains, we can cut our carbon emissions 80 percent by 2050. The new report from the IPCC makes clear why we need to do that.

A century of increasingly intensive fossil fuel use has already raised the average global temperature, land and sea, by 1 degree Celsius, or 1.8 degrees Fahrenheit. That’s why, in this century alone, we’ve seen 17 of the 18 hottest years since global record-keeping began in 1880.

The results are already reshaping our world. Seas are rising. Croplands are turning to desert. We’re losing entire species at the fastest rate since the dinosaurs disappeared 60 million years ago. The Great Barrier Reef is dying. Wildfires, storms and floods are raging.

The reason is that burning coal, oil and gas has raised the level of carbon dioxide, a powerful earth-warming gas, in the planet’s atmosphere. It’s up nearly 45 percent over a little more than a century. Nearly half the increase has occurred since 1980, and we’re continuing to raise it faster than at any other time in the past 800,000 years.

The IPCC report also highlights the intersection of sustainable development and global justice. Just as the benefits of industrialization have favored some nations over others, the world’s poor are paying the highest price for climate disruption. Scores of millions of people in low-income countries already struggle with food scarcity and forced migration that contribute to regional instability and brutal poverty.

We know that number is going to rise as we approach 1.5 degrees Celsius of warming as early as 2030. If we go to 2 degrees of warming, hundreds of millions more people will suffer, as withering drought and blistering heat take a growing toll on livestock and crops like rice, maize and wheat across Africa, Southeast Asia and South America; as freshwater sources become depleted or dry up; and as mosquitoes widen their range, spreading diseases like dengue fever, malaria and the Zika virus.

The science is clear. We must move away from fossil fuels and transition to cleaner, smarter ways to power our future—and do so quickly—or we’ll condemn our children to a world of widening damage and growing peril.