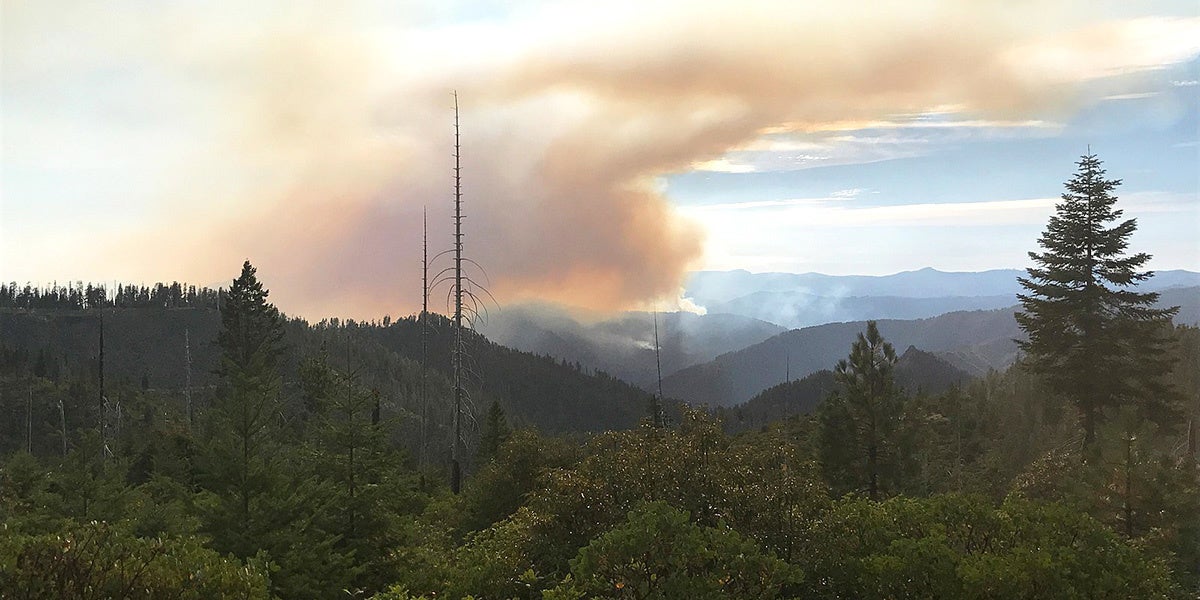 The Klamath is a unique region in Northern California and Southwest Oregon. In addition to being a haven for biodiversity— hosting plants that only live in its mountainous landscape and 29 different species of conifers—it also stores carbon in its diverse array of tall trees.

But those iconic trees, and their carbon-storing power, are under threat from climate change, a study published Monday in Scientific Reports found.

Using a landscape simulation model, researchers at Harvard University, Portland State University and the Smithsonian Conservation Biology Institute looked at five different potential climate change scenarios and found that, even under a continuation of current climate conditions, up to one third of the conifer landscape could be replaced by less-carbon-absorbing shrubs and hardwood this century.

This change in vegetation is largely driven by the impact of climate change on wildfires. Conifers are adapted to withstand fires, but climate change reduces the time between fires, called the “fire rotation period,” and increases their size and severity.

Researchers found that every climate change scenario also increased drought in the summers, which made it harder for all plant species to re-establish themselves after fires. This effect was worse for conifers, whose ability to regrow decreased from 26 to 39 percent depending on the climate scenario, while shrubs declined by 7 to 20 percent.

“If the fire-free interval is too short or if the growing conditions are too dry, the shrubs can persist indefinitely, and the iconic conifers are squeezed out,” study co-author and Harvard senior ecologist Jonathan Thompson said in a Harvard press release published by Phys.org.

While the conifer-dominated area was reduced even under current climate conditions, that area further decreased in the climate change scenarios.

“As the climate continues to warm, big severe wildfires will be more frequent, and the dry conditions that follow will increasingly favor shrubs over conifers. The combination will mean less of the conifer forest that make the Klamath so distinct,” Thompson said.

The findings corresponded with other studies that have observed larger fires in Western forests due to climate change. The two warmest climate scenarios predicted forest fires that would break the record for largest fire in the area, currently held by the Biscuit Fire of 2002.

The researchers hypothesized that vegetation shifted from conifers to shrubs even under current climate conditions in part because climate change has already begun and in part because of 20th-century fire suppression that gave conifers an advantage.