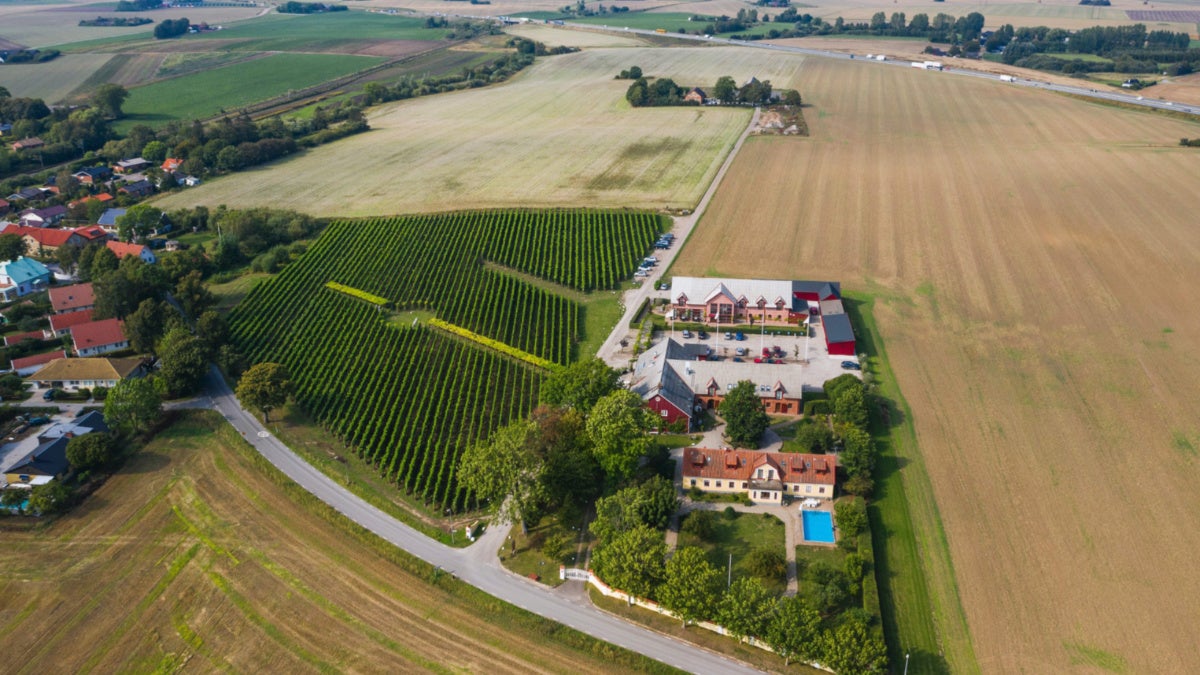 With hotter summers, severe storms and prolonged dry spells in the forecast, the outlook for Europe’s farmers is daunting.

Average annual temperatures are expected to increase anywhere from 1 to 5.5 degrees Celsius (1.5 to 10 degrees Fahrenheit), with the strongest warming projected across the south of the continent in the summer months.

A September 2019 report by the European Environment Agency (EEA) noted that heat stress, extreme weather events like flash floods and hailstorms, and water shortages have already changed growing conditions for several crops in Europe — especially for Mediterranean staples like olives and wine grapes.

❓How concerned are you about the impact of #climatechange on #farming in #Europe? #Adaptation will be crucial – find out more & share your thoughts during our Facebook LIVE Q&A discussion this Monday at 11 am CET
▶️https://t.co/PFjvqdyI8I pic.twitter.com/E6AHCp0CNH

Places in northern Europe, meanwhile, could see agricultural benefits from climate change, including longer growing seasons and a shorter frost period “allowing the cultivation of new crops and varieties,” said the report. Suitable cropland around the Baltic Sea could more than double by 2100, from 32% of land area today to about 76%, with certain crops now common to southern Europe taking root further north.

Those climatic changes have already borne fruit — quite literally. In the northern German state of Lower Saxony, where average temperatures have risen nearly 2 degrees Celsius in the last several decades, some farmers have started cultivating fruits typically found further south, such as apricots and nectarines. And wine cultivation, typically associated with more southern slopes in France, Spain and Italy, is now taking off in places like Denmark, Sweden and the United Kingdom.

Ryedale Vineyards, in northeastern England, has been producing British wines since 2006. As one of the UK’s northernmost wineries, it relies mainly on hybrid disease-resistant grape varieties more suited to northern Europe’s cooler regions.

The warming trend of the past decades has seen the UK’s wine industry quadruple in size since 2000, with English vineyards producing some 13.2 million bottles in 2018. But the changing climate does pose other challenges, including unusual weather patterns and increased risk of disease associated with wetter summers. which have been linked to climate change.

“Unpredictable weather events, droughts and intense summer storms are a real problem and seem to have increased in frequency,” said Jon Fletcher, who runs Ryedale Vineyards with his family. In an email to DW, he listed off the challenges: late frosts, destructive hailstorms and dry spells that can last for months. “This year we have already had the sunniest May on record and no rainfall for two months, so the unpredictable weather continues.”

Blaz Kurnik, an expert on climate change impacts and adaptation at the EEA, said these higher temperatures, especially warmer winters, will also favor the introduction of new diseases and pests, including the olive fruit fly. Increasing swarms are threatening Europe’s olive oil industry, responsible for around three-quarters of the world’s supply. “In the worst-case scenario, up to 80% of [Italy’s] olive trees will be affected by this every year,” said Kurnik, adding that flies were also infesting Spain’s olive groves.

Italy, which ranks second in the world for olive oil production, saw a disastrous harvest in 2018. Bad weather and frost caused production to drop by 57%, representing a loss of nearly €1 billion (.13 billion).

Sicily is one of Italy’s top olive oil-producing regions, along with Calabria and Puglia. But some farmers there have begun focusing their attention on crops native to tropical regions, including mangoes, avocado and lychee fruit.

Tropical crops were first introduced to Sicily back in the 1970s, but recent years have seen an exponential growth of these crops and the introduction of new species such as papaya, replacing citrus fruits which “are no longer remunerative,” said Vittorio Farina, an associate professor in agriculture at the University of Palermo.

“The favorable climate of many areas in the Mediterranean basin is promoting tropical fruit cultivations,” he said in an email to DW. “In fact, the predominant mango and avocado production is concentrated in tropical countries, but recently its cultivation has spread outside the traditional geographical regions to the Mediterranean basin and in particular in Egypt, Israel, South Africa, Europe, mainly Spain and Italy.”

Farina said a succession of milder winters has favored the expansion of mango, avocado and papaya orchards destined for export markets further north, though the corresponding drier summers and extreme weather events remain a challenge.

“The problem of the scarcity of water resources for agriculture will increasingly impose the introduction of species with low water requirements,” said Farina, suggesting the possible introduction of fruit like the cactus pear. “For most other tropical species, irrigation in the warm months in the dry areas is an essential condition for obtaining a quality product.” Farina said they were testing precision irrigation strategies to limit the water footprint of the tropical crops.

Margarita Ruiz-Ramos, an associate professor at the Polytechnic University of Madrid, told DW that new crops were also being tested in Spain, including pistachios. However, she stressed that the priority now was experimenting with different varieties of existing crops that could withstand new growing conditions — such as types of fruit that don’t rely as heavily on winter chill to produce spring blossoms.

“There already is the possibility to adapt the variety without changing the [main] crop in the short to medium term,” she said, pointing out that some crops could also shift to other more suitable areas within the same country.

As part of her work at the Research Center for the Management of Agricultural and Environmental Risks, Ruiz-Ramos analyzes crop varieties, planting schedules, soil conditions, irrigation options and many other variables to find the optimum strategy for farmers and “design locally tailored adaptations.” The most promising solutions are then tested in the field.

“It’s a compromise between different needs. And that’s why it’s not so obvious as to just bring in some African crops,” she said. However, she didn’t rule out the fact that dramatic temperature changes could one day lead growers to take a chance on non-native crops.

Yves Madre, a co-founder of Brussels-based think tank Farm Europe, said the EU’s farming sector needs to be more open to new breeding techniques that would introduce drought and disease-tolerance genes to existing crops, which can include genome editing.

With more innovation and investment, he said the EU would be able to meet its goals in terms of food security and growth, especially in rural areas.