Climate Change Is Causing Us ‘Eco-Anxiety’ 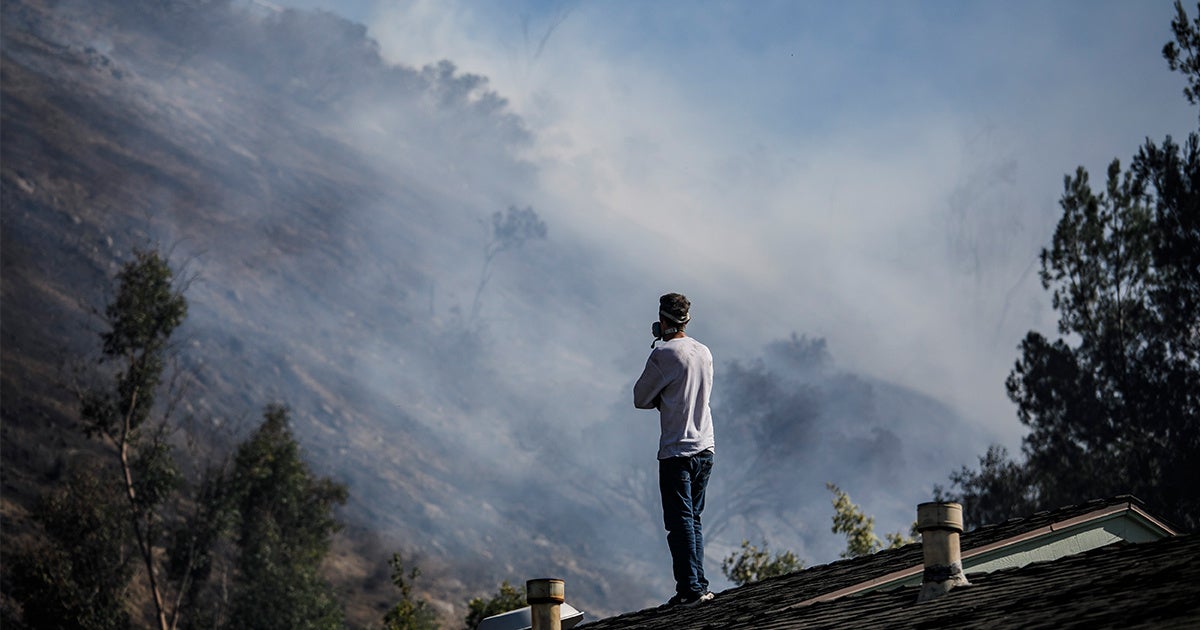 Do the daily climate change headlines make you feel stressed, afraid or powerless? If so, you’re certainly not alone.

A growing number of people report feelings of loss, grief, worry and despair amid news that climate change is making natural disasters like hurricanes and wildfires worse and more common, that polar ice is melting faster than we thought and that we only have 12 years to prevent the most catastrophic effects of climate change.

The American Psychological Association has come up with a term for these “resounding chronic psychological consequences” related to how we process the climate crisis: eco-anxiety.

Eco-Anxiety, which the APA describes as a “chronic fear of environmental doom,” isn’t listed anywhere in the Diagnostic and Statistical Manual of Mental Disorders, the handbook for diagnosing mental illnesses — but it has found its way into pop culture.

In an interview with The Sunday Times promoting his new solo album, Radiohead frontman Thom Yorke said that uncertainty stemming from societal issues like climate change is contributing to a rise in people’s anxiety and depression around the world. And a recent episode of the popular HBO drama Big Little Lies showed that children can be just as vulnerable to eco-anxiety as adults, as the 9-year-old daughter of one of the main characters has a panic attack at school and faints in a closet following a lesson about climate change.

“Her class is evidently talking about climate change, and she’s gotten the message that we’re doomed,” a school psychiatrist tells the main character afterward. A teacher adds that it’s important for the children to “deconstruct” climate change “so they can process it.”

Pop culture’s absorption of eco-anxiety shouldn’t come as a surprise — it’s capturing the zeitgeist of a U.S. under an administration that actively denies climate science despite widespread public belief.

Even climate scientists and writers are feeling the effects of confronting the existential threat of climate change every day.

Peter Kalmus, a climate scientist at NASA’s Jet Propulsion Lab, says that climate grief strikes unexpectedly, even on the job.

“In a millisecond, without warning, I’ll feel my throat clench, my eyes sting, and my stomach drop as though the Earth below me is falling away,” Kalmus wrote in Yes! Magazine. “During these moments, I feel with excruciating clarity everything that we’re losing — but also connection and love for those things.”

Meteorologist and climate journalist Eric Holthaus said he often finds himself “alternating between soul-crushing despair and headstrong hope” and that his “climate change blues” have affected his personal relationships and led him to seek therapy.

Unfortunately, studies have shown that fear is not always a good motivator and, especially in the case of an issue as large as climate change, it does not inspire genuine personal engagement on an individual level.

So what can you do to combat the symptoms of eco-anxiety?

In its 69-page report on the mental health effects of climate change, the APA recommends that its practitioners support individuals’ efforts to build resiliency, find personal meaning, and maintain connections to place and one’s culture, among other things. Climate-centric publication Grist recommends turning apathy into action by doing what you can on a personal level within your community.

University of Bath teaching fellow and member of the Climate Psychology Alliance Caroline Hickman says that our fear and anger are natural, appropriate reactions, but we can’t get stuck there.

“In cases of people suffering from eco-anxiety and similar issues, the hope is to find paths towards a new world shaped by a deepening understanding of our relationship with the planet and how our future is ultimately entwined with the survival of other creatures,” Hickman wrote in an article for The Conversation.