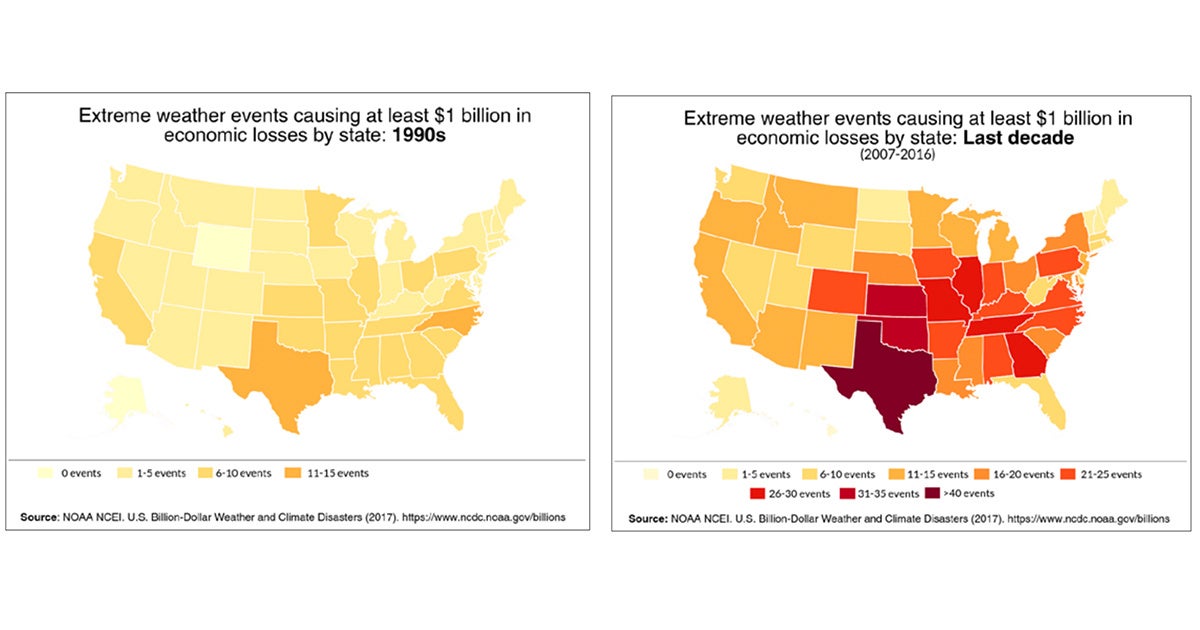 Extreme weather and public health issues related to burning fossil fuels could cost the U.S. up to $360 billion annually–nearly half of annual U.S. economic growth–within the next ten years, according to a new report.

The report from the non-profit Universal Ecological Fund found that the impacts of wildfires, hurricanes, heat waves and other extreme weather amplified by climate change, combined with air pollution, cost the U.S. $240 billion per year since 2007.

The report comes as the U.S. tallies up the price tag for Hurricanes Harvey, Irma and Maria, which are estimated to cost $300 billion in damages, or twice the cost of all hurricane damages within the past decade.

“Wednesday’s study has been in the works for months, said co-author James McCarthy, professor of Oceanography at Harvard University. He said there was widening evidence that a shift from fossil fuels made economic sense.

‘Why is Iowa, why is Oklahoma, why is Kansas, why is Texas investing in wind energy? Not because they are interested in sea level rise or ocean temperatures, but because it’s economically sensible,’ he told Reuters.”