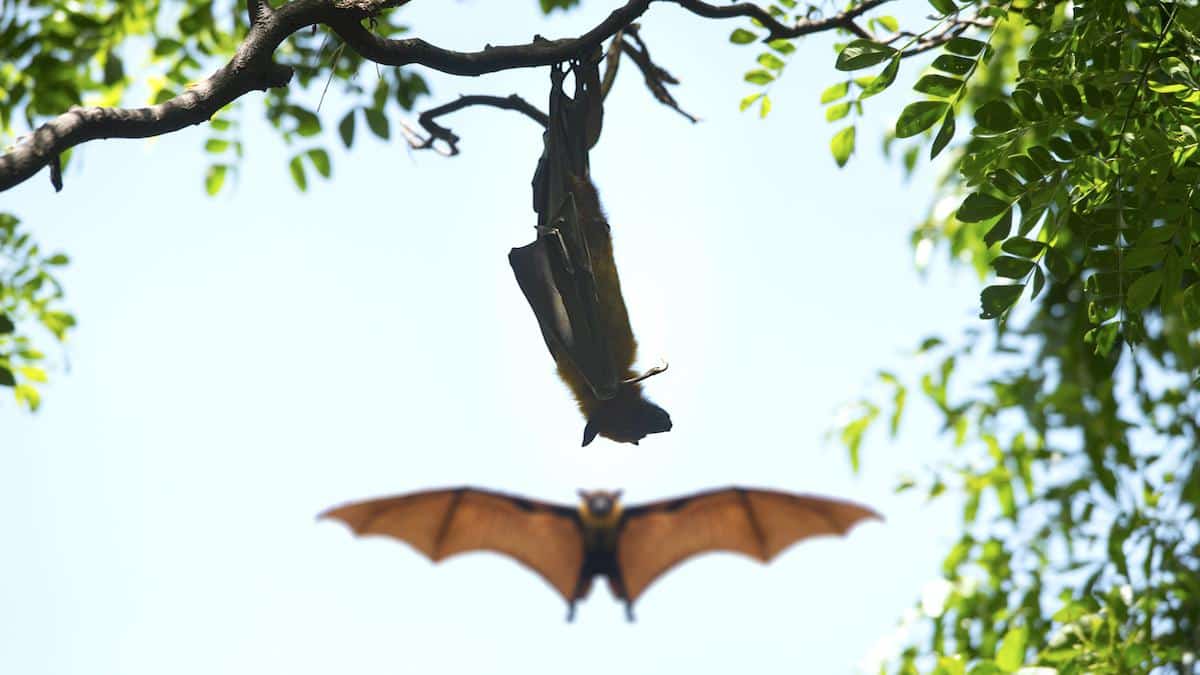 The vast majority of bats are harmless to humans. However, climate change has increased bat biodiversity in the region where scientists think the virus behind COVID-19 may have originated. BirdHunter591 / iStock / Getty Images Plus

Experts have described the coronavirus pandemic as the kind of crisis that will become even more likely as the planet warms. But now, researchers think that climate change may have actually played a role in the emergence of the viruses that caused both SARS and COVID-19.

A study published in Science of the Total Environment Friday found that climatic shifts in southern China and nearby areas of Myanmar and Laos increased the bat biodiversity in these regions, and the number of bat-borne coronaviruses by about 100.

“We estimate that, over the past century, climate change caused a significant increase in the number of bat species in the location where SARS-CoV-2 likely originated,” study lead author and University of Cambridge researcher Dr. Robert Beyer told CBS News. “This increase suggests a possible mechanism for how climate change could have played a role in the origin of the pandemic.”

Scientists think that the bat-borne viruses behind both SARS and COVID-19 emerged in China’s southern Yunnan province as well as parts of countries immediately to the south. The researchers discovered that vegetation changes in this area over the last 100 years had led to the introduction of 40 new bat species and, with them, 100 new types of bat-borne coronaviruses, a University of Cambridge press release explained.

To reach this conclusion, the researchers used data on precipitation, temperature and cloud cover to make a map of the world’s vegetation 100 years ago. They then used the vegetation needs of each bat species to determine where they would have been concentrated 100 years ago, and compared that to where more bat species thrive today. In addition to Yunnan and the surrounding area, they also calculated that bat biodiversity increased in parts of Central Africa and smaller areas in Central and South America. However, the area of Southeast Asia around Yunnan has more bat biodiversity, or species richness, than any other spot on Earth, CBS News reported.

“As climate change altered habitats, species left some areas and moved into others – taking their viruses with them. This not only altered the regions where viruses are present, but most likely allowed for new interactions between animals and viruses, causing more harmful viruses to be transmitted or evolve,” Beyer explained in the press release.

The researchers argued that their findings were yet another reason to act immediately on climate change.

Other scientists agreed with the broader point that climate change increases the risk of pandemics, and that climate change had altered vegetation and species distribution, but also cautioned about drawing too sweeping a conclusion about the origins of COVID-19.

“The link to emergence of coronaviruses is highly speculative and seems unlikely,” Dr. Rick Ostfeld, a disease ecology expert from the Cary Institute of Ecosystem Studies in Millbrook, New York who was not involved in the research, told CBS News. “What the study apparently gets wrong is the assumption that the increased diversity of bats (which they postulate) leads to an increased risk of a bat-borne virus jumping to humans. This is simply not the case. The vast majority of bats are harmless to humans — they don’t harbor viruses that can make us sick. So adding more of those species doesn’t increase risk.”

Instead, factors like human expansion into animal habitats and degradation of ecosystems can play a bigger role in exposing humans to wildlife viruses, Ostfeld and University of College London ecologist Kate Jones said.

Beyer agreed that these were important factors, but said climate change could also play a role.