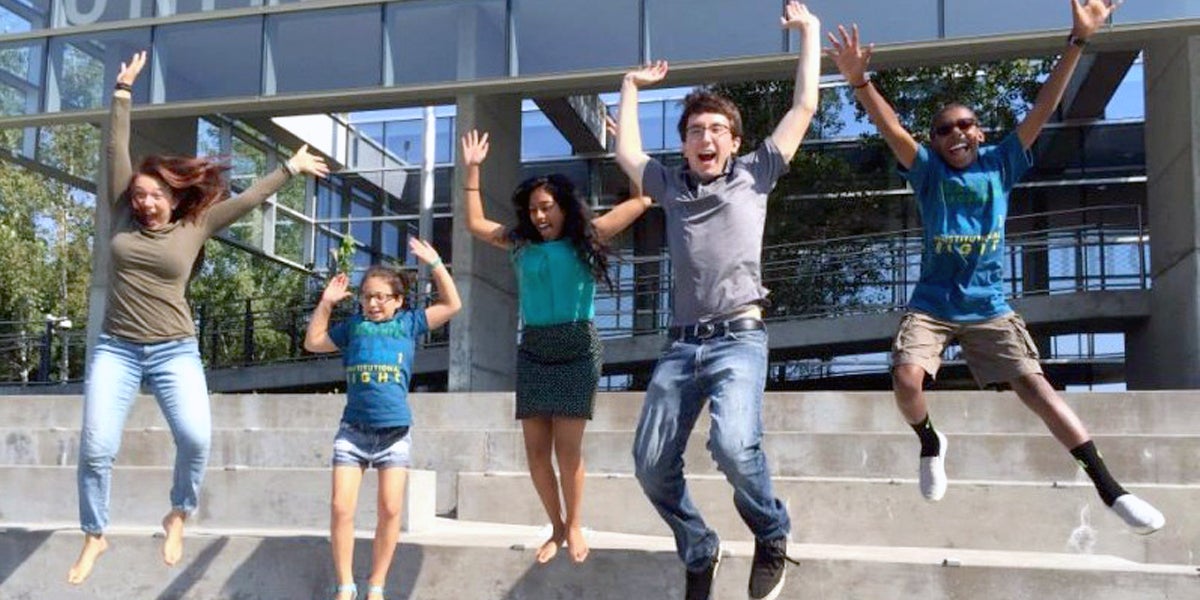 At a time when humanity must reverse course before plunging over a climate cliff, the American public has elected a president who seems to have both feet on the fossil fuel accelerator. If there is a mechanism to force the Trump Administration to put the brakes on dirty energy policy, a lawsuit brought by 21 young people against the Obama administration may hold the key.

Two days after the presidential election, on Nov. 10, a federal district court in Oregon issued a path-breaking decision in Juliana v. U.S. declaring that youth—indeed, all citizens—hold constitutional rights to a stable climate system.

The youth, aged nine to 20 years old, seek a court-supervised plan to lower carbon dioxide emissions at a rate set by a science-based prescription. The judicial role is analogous to court-supervised remedies protecting equal opportunity for students after Brown v. Board of Education.

The Juliana v. U.S. decision could be a legal game-changer, as it challenges the entire fossil-fuel policy of the U.S.

Environmental lawsuits typically rely on statutes or regulations. But Juliana is a human rights case that bores down to legal bedrock by asserting constitutional rights to inherit a stable climate system.

The court, which ruled the suit can proceed to trial, rightly described the case as a “civil rights action”—an action “of a different order than the typical environmental case”—because it alleges that government actions “have so profoundly damaged our home planet that they threaten plaintiffs’ constitutional rights to life and liberty.” The litigation, variously called “a “ray of hope,” a legal “long shot” and a “Hail Mary pass,” yielded its groundbreaking decision not a moment too soon. 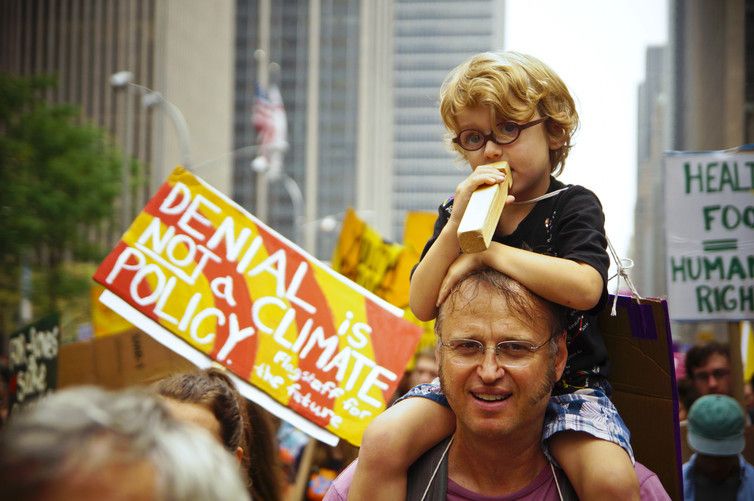 At a rally for action on climate in 2014. The decisions made by adults will have broad implications for the planet today’s youth will live on as adults. Joe Brusky / Flickr

To have any hope of reversing or stalling these effects of climate change, the world must restrict fossil fuel production and ultimately switch to safe renewable energy. Even continued production solely from currently operating oil and gas fields will push the planet to 1.5 degrees Celsius over preindustrial temperatures, beyond the aspirational limit set by the global Paris agreement on climate change.

President-elect Trump, who notoriously claimed that climate change was a hoax perpetrated by the Chinese, has said he plans to immediately approve the highly contentious Keystone pipeline, open public land to drilling, rescind Obama’s Clean Power Plan, eliminate NASA’s climate research and withdraw from the Paris climate agreement. He intends to spur production of US$50 trillion worth of shale, oil, coal and natural gas.

The 70-year-old president-elect will not live long enough to witness the worst consequences of rapidly expanding fossil fuel development. The cruel irony for young people is that actions taken during Trump’s time in office will lock in a future of severe disruptions within their projected lifetimes—and sea level rise that could make coastal cities uninhabitable. James Hansen, formerly the nation’s chief climate scientist at NASA, has warned, “Failure to act with all deliberate speed …functionally becomes a decision to eliminate the option of preserving a habitable climate system.” 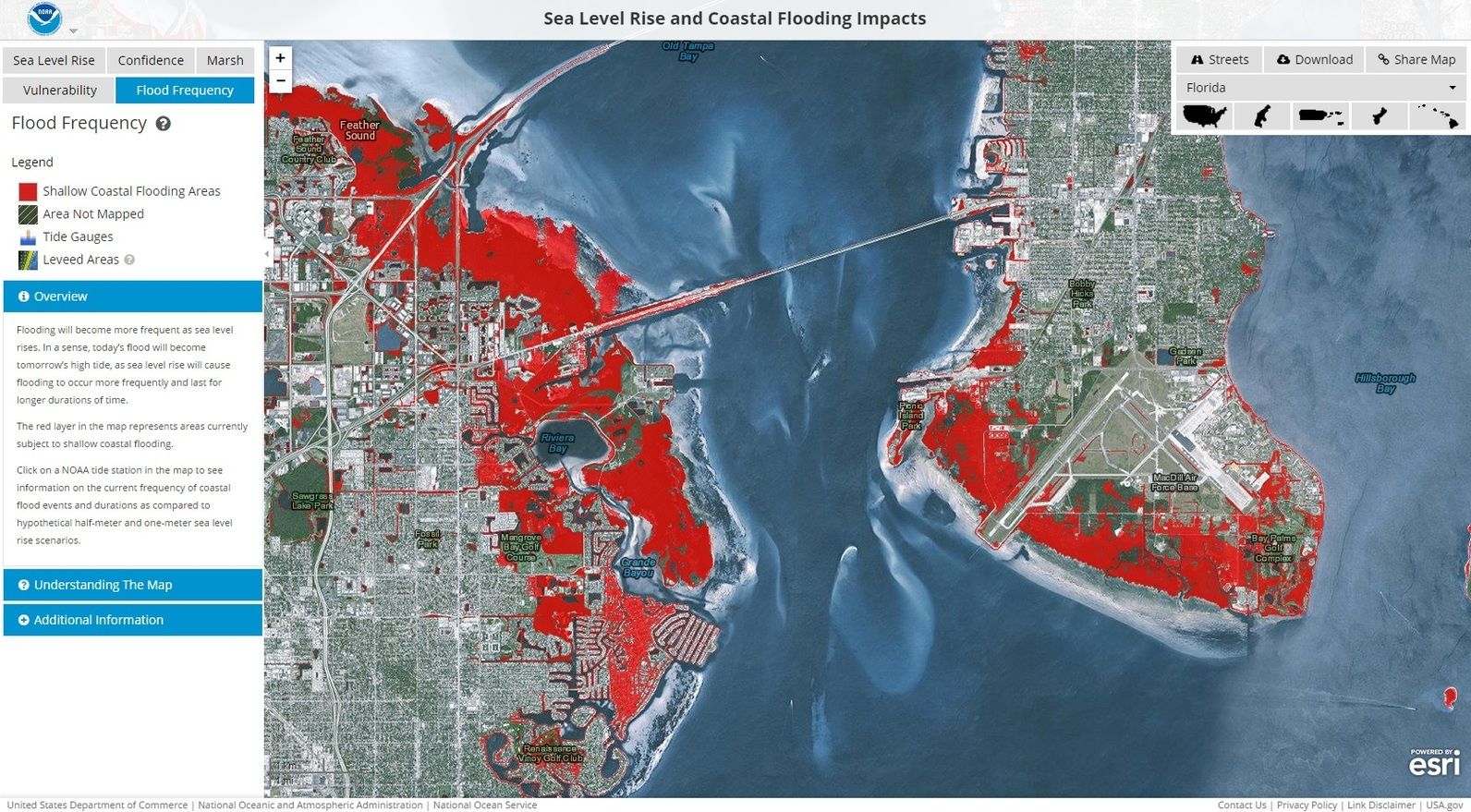 Sea levels are projected to rise at least three feet, and perhaps much more, in the lifetime of children today, inundating some locations and making storm surges more dangerous. The Juliana lawsuit and others like it argue that citizens have a right to a stable climate. NOAA

For decades, the political branches have promoted fossil fuel consumption despite longstanding knowledge about the climate danger. President Obama ignored warnings when he charted a disastrous course of increased fossil fuel production early in office. In a last moment of opportunity to avert climate tipping points, Americans should recall an elementary school civics lesson: The U.S. has three, not two, branches of government. The founders wisely vested an independent judiciary with the responsibility of upholding the fundamental liberties of citizens against infringement by the other branches.

As the president-elect promises to ramp up fossil fuel production and dismantle Obama’s recent climate measures, and with no obvious statutory law to prevent him from doing so, only a fundamental rights approach carries any hope of trumping Trump.

In Juliana, the youth asserted their fundamental rights under the Constitution’s substantive due process clause and the public trust doctrine. This is an ancient principle requiring government to hold and protect essential resources as a sustaining endowment for citizens. They contended that government infringed on their rights to life, liberty, and property by promoting fossil fuel policies that threaten runaway planetary heating—thereby jeopardizing human life, private property and civilization itself. 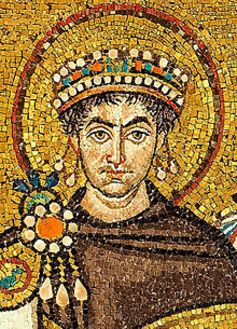 The principle of public trust law, dating to the time of Roman Emperor Justinian, holds that natural resources, including the sea, the shores of the sea, the air and running water, are common to everyone. It has since become part of U.S. jurisprudence. Petar Milošević / Wikipedia

Judge Ann Aiken’s Juliana decision in November upheld both public trust and substantive due process rights under the Constitution and allowed the case to go forward. “I have no doubt that the right to a climate system capable of sustaining human life is fundamental to a free and ordered society,” she wrote, explaining that public trust rights, which “both predated the Constitution and are secured by it,” cannot be “legislated away.”

The opinion is bound to have a rippling effect. The case is actually part of a wave of atmospheric trust litigation (ATL) cases and petitions across the U.S. and in other countries. Launched by the group Our Children’s Trust in 2011, the legal campaign asserts youths’ rights to a stable climate system and seeks court-supervised climate recovery plans.

Recent victories in Massachusetts, Pakistan, the Netherlands and Washington state indicate widespread judicial concern over the political branches’ failure to confront the climate emergency. The youth plaintiffs hope that the dominoes continue to fall in their favor in time to thwart climate catastrophe.

As ATL moves forward globally, the Juliana case will proceed to trial as early as next summer or fall. The plaintiffs’ attorneys aim to show the government’s deliberate indifference to mounting climate danger.

Already dubbed “the trial of the century,” this is the first time that U.S. fossil fuel policy will confront climate science in court. Any government denial of climate change will have to confront the scrutiny of a fact-finding judge.

Five days after the election, Sec. of State Kerry proclaimed that President Obama would use his last days in office to “do everything possible to meet our responsibility to future generations to be able to address this threat to life itself on the planet.”

If so, the most viable way might be to offer a partial settlement of the Juliana case before going to trial. One form of settlement could be an enforceable consent decree consisting of interim steps to halt further fossil-fuel mining and infrastructure development. Such a settlement would help secure Obama’s measures to close the Arctic to drilling and halt coal leasing on federal lands.

Young Americans could use a down payment on the colossal climate mortgage hanging over their future. And President Obama could use a climate legacy. It may be worth his time now to sit down with the “plucky millennials” who sued him to save the planet—before his time in office runs out.