A Little Humor May Help With Climate Change Gloom 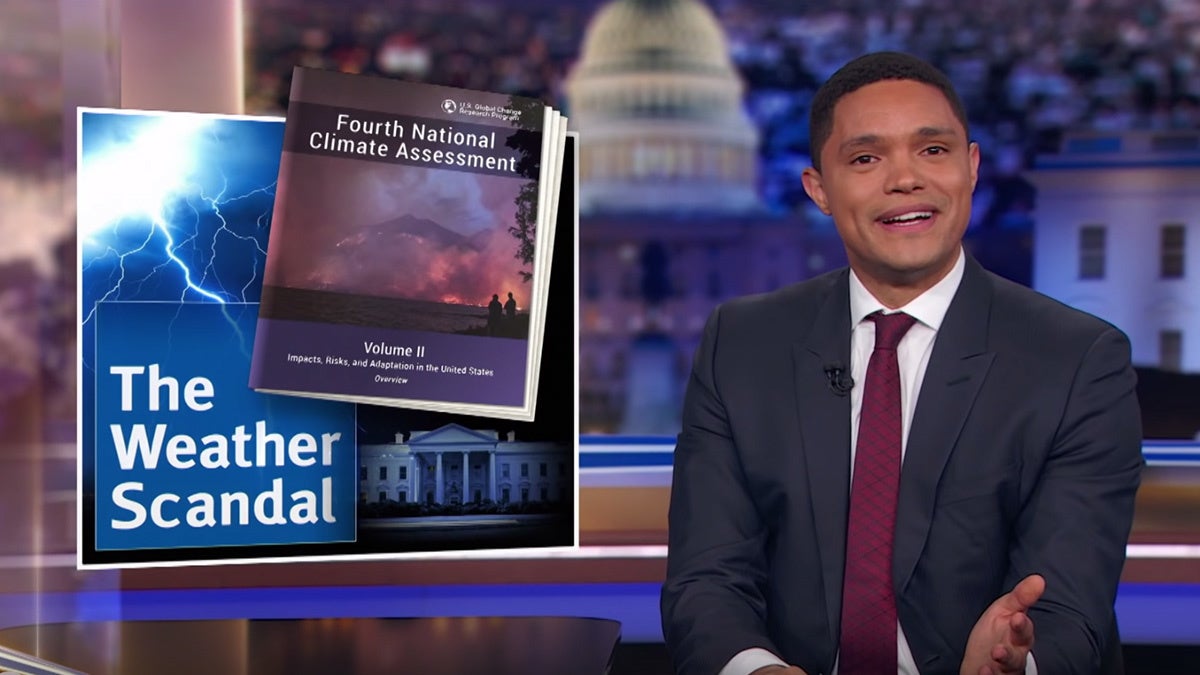 In March 2017, the American Psychological Association published a report defining eco-anxiety as “chronic fear of environmental doom.” The report referred to literature that described an increase in depression and anxiety caused by peoples’ “inability to feel like they are making a difference in stopping climate change.”

With psychological stakes this high, humor may seem inappropriate. But Phil McCordic — a Canadian actor, writer and producer of children’s programming and the host of TVOntario’s Science Max educational series — thinks it could be a way to access “the attention of a lot of people you wouldn’t have otherwise.”

“Humor is so useful for children’s programming because it grabs attention,” says McCordic, who adds he believes this can be applied to adults too.

“Climate-change humor stops people from worrying about their politics and lets them take in the information … Scientists don’t always understand their audience. Getting someone to laugh is half of the work of getting them to understand.”

McCordic’s views are echoed by researchers such as Christofer Skurka, assistant professor of film and media studies at the Bellisario College of Communications at the University of Pennsylvania. His research has shown that humor is a useful tool for making 18- to 24-year-olds more politically engaged in climate change.

Beth Osnes is an associate professor of theater at the University of Colorado at Boulder. Her research shows that the creative techniques used in theater are a useful tool for climate-change communication. Osnes says that communicating climate change to young people using humor is “magical.”

“Climate change isn’t a laughing matter but sometimes you have to laugh at your pain to get to a solution,” she said.

The climate-change humor trend isn’t isolated to research institutions. Using comedy to tackle climate-change debate is found in mainstream media, including in the comedy of comedian John Oliver and The Late Show host Stephen Colbert.

The Onion, a landmark American satirical media outlet, has headlines that include “Report: If Earth Continues To Warm At Current Rate Moon Will Be Mostly Underwater By 2400” and “Sighing, Resigned Climate Scientists Say To Just Enjoy Next 20 Years As Much As You Can.”

“Science should be serious! But it should also be funny, challenging, impressive and a range of other things,” says Levy. “I want to make climate change less scary by tapping into that funny side.”

Lakshmi Magon is the Dalla Lana Global Journalism Fellow, Science Communicator, at the University of Toronto.

Disclosure statement: Lakshmi Magon does not work for, consult, own shares in or receive funding from any company or organization that would benefit from this article, and has disclosed no relevant affiliations beyond her academic appointment.