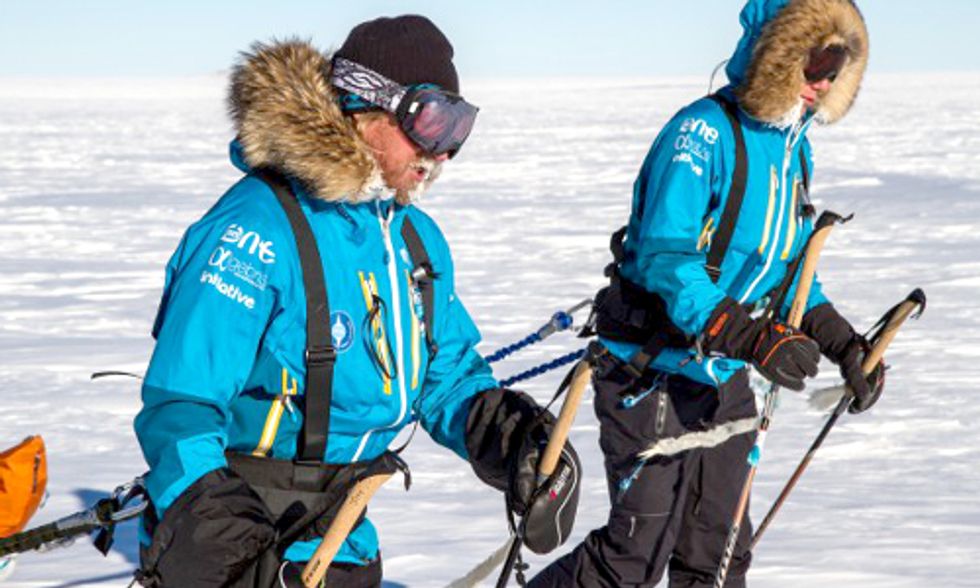 Parker Liautaud trudged through some of the snowiest scenery on the planet for 11 hours, but his upbeat nature this morning would have been easy to confuse with somebody relaxing in Palo Alto, CA, where he was born.

The 19-year-old is on the 13th day of the 2013 Willis Resilience Expedition, which is quest to bring awareness to climate change while shooting for a world record for the fastest ski trip from the coast of Antarctica to the South Pole. Liautaud is about 100 miles away from his goal.

"A beautiful day outside, we had some great weather today," the Yale University sophomore said, according to the expedition website. "The team are doing great. Both [veteran explorer Doug Stoup] and me are in good spirits. It is just tiring but nothing unusual though.

"We had a good day today and made our distance. I am happy with it."

"I guess today was our lucky day, I don’t know if we will be as lucky tomorrow but hopefully we will have some good weather," he said.

Liautaud hasn't discussed specific climate-related plans for his return to the U.S., but he began the trip by measuring and transmitting climate data at Leverett Glacier with the pilot model of the ColdFacts-3000BX weather station. He was also an ambassador for One Young World's Wake Up Call campaigned, which the group of young activists used to push for climate change policies in countries like Nepal and Algeria.

Hunger and simple tasks like zipping his coat are among the things that become more trying by the day, he told The Washington Post. However, optimism reigns supreme, even in frigid conditions, considering that Liautaud and Stroup could reach the South Pole by Christmas Day.

"We are now 99.98 nautical miles away and it is very exciting," Liautaud wrote. "I have been looking forward to this for a long time."