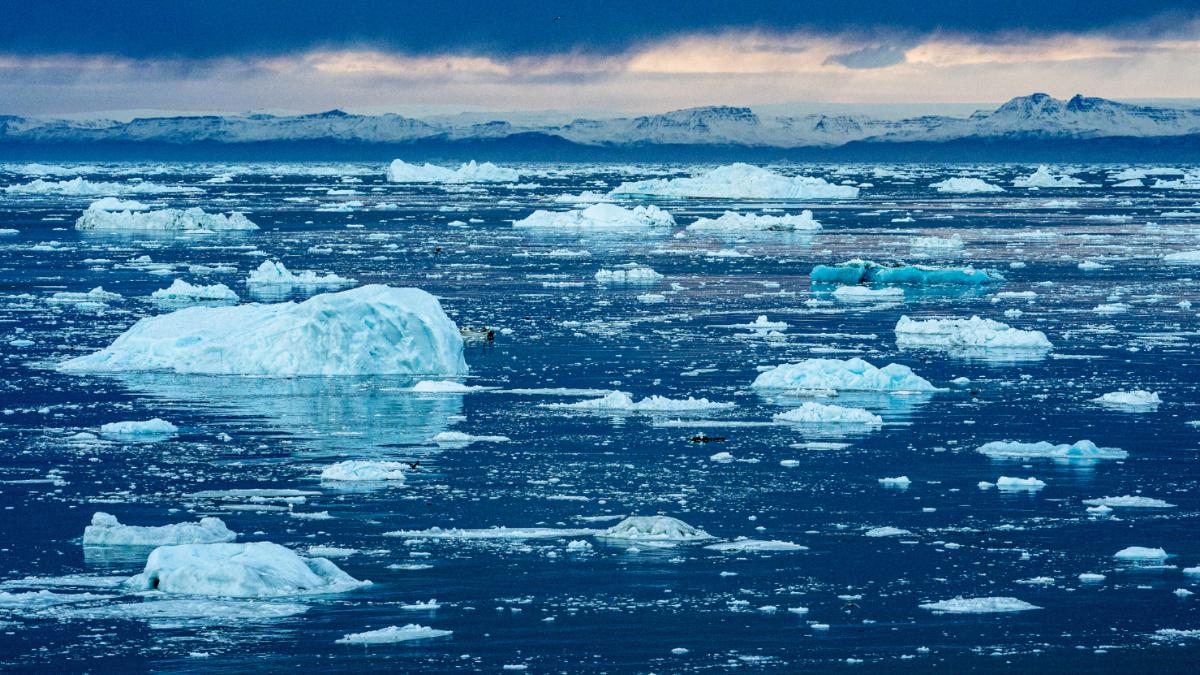 The speed and scale of the response to COVID-19 by governments, businesses and individuals seems to provide hope that we can react to the climate change crisis in a similarly decisive manner – but history tells us that humans do not react to slow-moving and distant threats.

Our evolution has selected the “fight or flight” instinct to deal with environmental change, so rather like the metaphor of the frog in boiling water, we tend to react too little and too late to gradual change.

Climate change is often described as global warming, with the implication of gradual changes caused by a steady increase in temperatures; from heatwaves to melting glaciers.

But we know from multidisciplinary scientific evidence – from geology, anthropology and archaeology – that climate change is not incremental. Even in pre-human times, it is episodic, when it isn’t forced by a human-induced acceleration of greenhouse gas emissions and warming.

There are parts of our planet’s carbon cycle, the ways that the earth and the biosphere store and release carbon, that could trigger suddenly in response to gradual warming. These are tipping points that once passed could fundamentally disrupt the planet and produce abrupt, non-linear change in the climate.

A Game of Jenga

Think of it as a game of Jenga and the planet’s climate system as the tower. For generations, we have been slowly removing blocks. But at some point, we will remove a pivotal block, such as the collapse of one of the major global ocean circulation systems, for example the Atlantic Meridional Overturning Circulation (AMOC), that will cause all or part of the global climate system to fall into a planetary emergency.

But worse still, it could cause runaway damage: Where the tipping points form a domino-like cascade, where breaching one triggers breaches of others, creating an unstoppable shift to a radically and swiftly changing climate.

One of the most concerning tipping points is mass methane release. Methane can be found in deep freeze storage within permafrost and at the bottom of the deepest oceans in the form of methane hydrates. But rising sea and air temperatures are beginning to thaw these stores of methane.

This would release a powerful greenhouse gas into the atmosphere, 30-times more potent than carbon dioxide as a global warming agent. This would drastically increase temperatures and rush us towards the breach of other tipping points.

This could include the acceleration of ice thaw on all three of the globe’s large, land-based ice sheets – Greenland, West Antarctica and the Wilkes Basin in East Antarctica. The potential collapse of the West Antarctic ice sheet is seen as a key tipping point, as its loss could eventually raise global sea levels by 3.3 meters with important regional variations.

More than that, we would be on the irreversible path to full land-ice melt, causing sea levels to rise by up to 30 meters, roughly at the rate of two meters per century, or maybe faster. Just look at the raised beaches around the world, at the last high stand of global sea level, at the end of the Pleistocene period around 120,0000 years ago, to see the evidence of such a warm world, which was just 2°C warmer than the present day.

As well as devastating low-lying and coastal areas around the world, melting polar ice could set off another tipping point: a disablement to the AMOC.

This circulation system drives a northward flow of warm, salty water on the upper layers of the ocean from the tropics to the northeast Atlantic region, and a southward flow of cold water deep in the ocean.

The ocean conveyor belt has a major effect on the climate, seasonal cycles and temperature in western and northern Europe. It means the region is warmer than other areas of similar latitude.

But melting ice from the Greenland ice sheet could threaten the AMOC system. It would dilute the salty sea water in the north Atlantic, making the water lighter and less able or unable to sink. This would slow the engine that drives this ocean circulation.

Recent research suggests the AMOC has already weakened by around 15% since the middle of the 20th century. If this continues, it could have a major impact on the climate of the northern hemisphere, but particularly Europe. It may even lead to the cessation of arable farming in the UK, for instance.

It may also reduce rainfall over the Amazon basin, impact the monsoon systems in Asia and, by bringing warm waters into the Southern Ocean, further destabilize ice in Antarctica and accelerate global sea level rise. 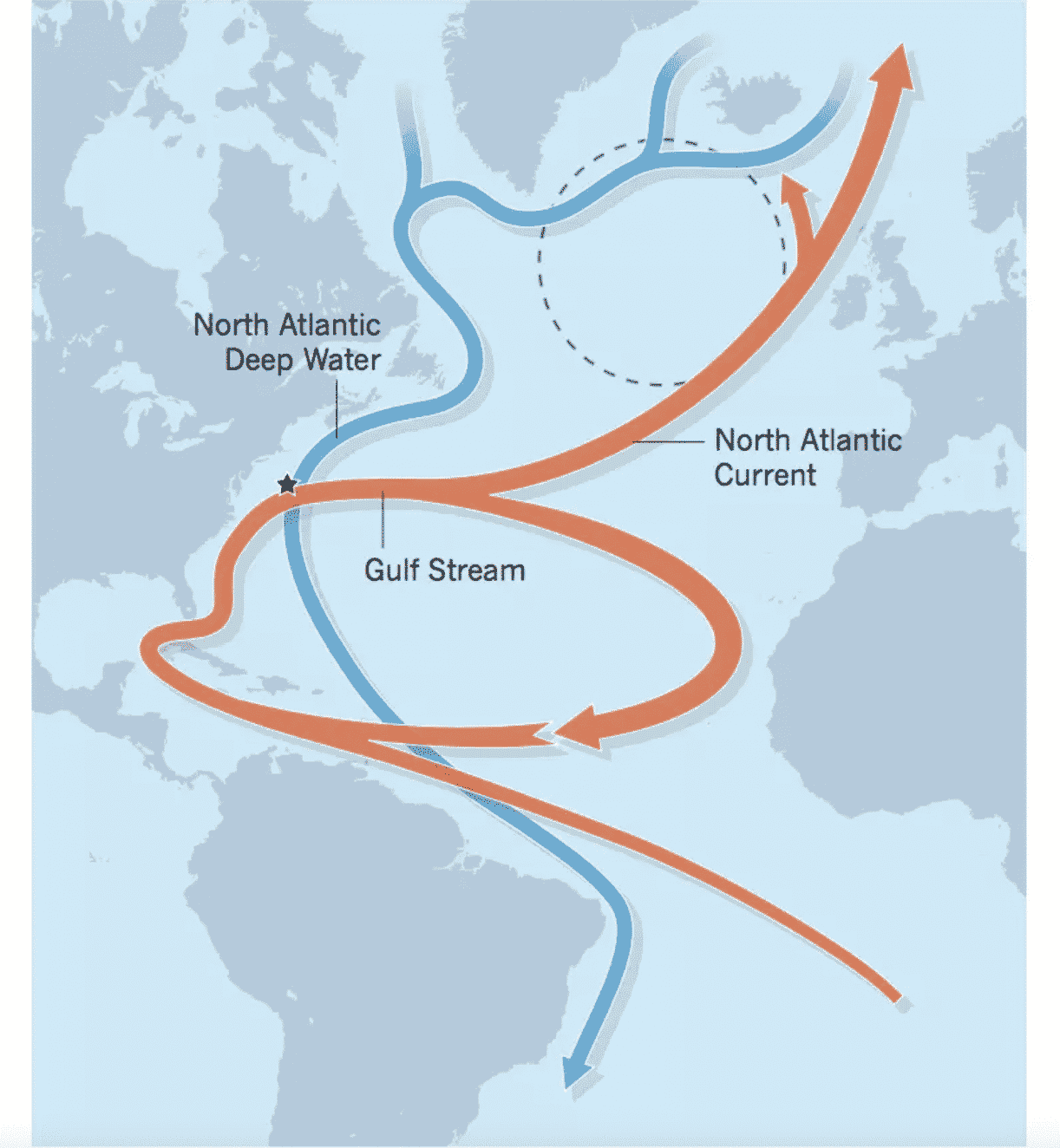 The Atlantic Meridional Overturning Circulation has a major effect on the climate. Praetorius (2018)

Is it Time to Declare a Climate Emergency?

At what stage, and at what rise in global temperatures, will these tipping points be reached? No one is entirely sure. It may take centuries, millennia or it could be imminent.

But as COVID-19 taught us, we need to prepare for the expected. We were aware of the risk of a pandemic. We also knew that we were not sufficiently prepared. But we didn’t act in a meaningful manner. Thankfully, we have been able to fast-track the production of vaccines to combat COVID-19. But there is no vaccine for climate change once we have passed these tipping points.

We need to act now on our climate. Act like these tipping points are imminent. And stop thinking of climate change as a slow-moving, long-term threat that enables us to kick the problem down the road and let future generations deal with it. We must take immediate action to reduce global warming and fulfill our commitments to the Paris Agreement, and build resilience with these tipping points in mind.

We need to plan now to mitigate greenhouse gas emissions, but we also need to plan for the impacts, such as the ability to feed everyone on the planet, develop plans to manage flood risk, as well as manage the social and geopolitical impacts of human migrations that will be a consequence of fight or flight decisions.

Breaching these tipping points would be cataclysmic and potentially far more devastating than COVID-19. Some may not enjoy hearing these messages, or consider them to be in the realm of science fiction. But if it injects a sense of urgency to make us respond to climate change like we have done to the pandemic, then we must talk more about what has happened before and will happen again.

Otherwise we will continue playing Jenga with our planet. And ultimately, there will only be one loser – us.