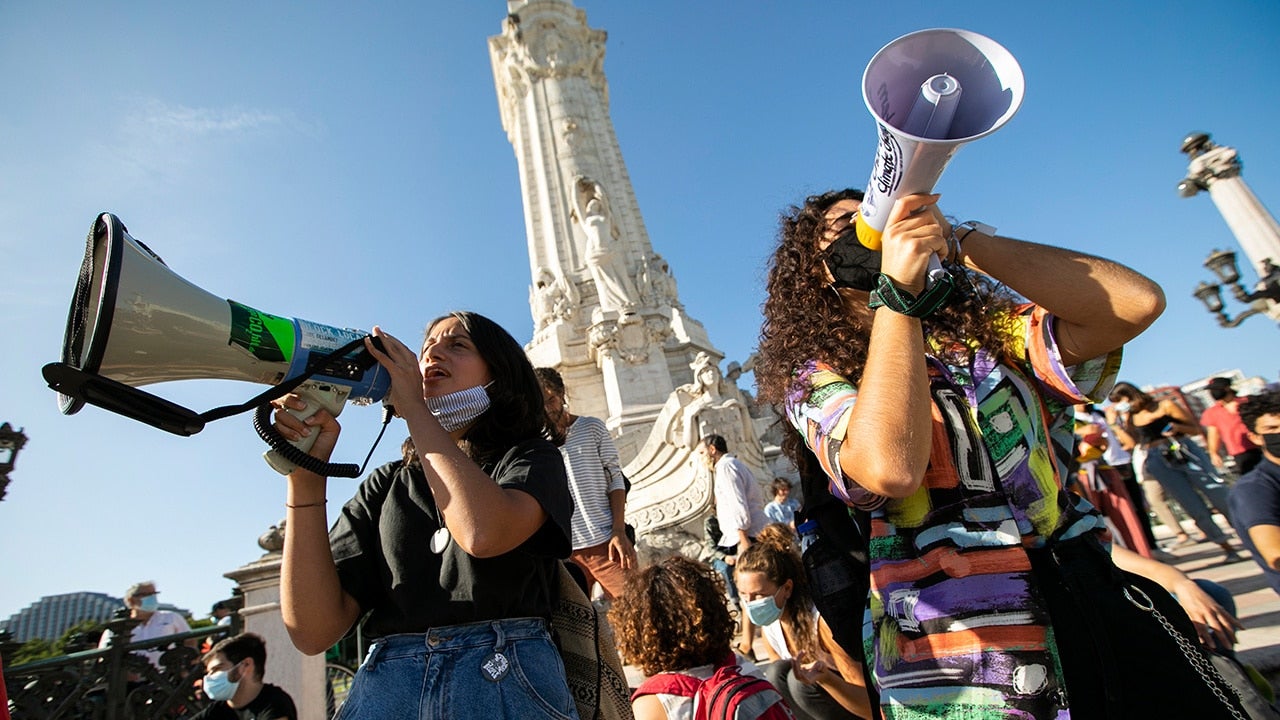 An unprecedented climate lawsuit brought by six Portuguese youths is to be fast-tracked at Europe’s highest court, it was announced today.

The European Court of Human Rights said the case, which accuses 33 European nations of violating the applicants’ right to life by disregarding the climate emergency, would be granted priority status due to the “importance and urgency of the issues raised.”

This is the first climate lawsuit to be filed with the international court in Strasbourg, France, and campaigners say the decision represents a major step towards a potential landmark judgment.

Portugal recently sweltered through its hottest July in 90 years and has seen a rise in devastating heatwaves and wildfires over recent years due to rising temperatures. Four of the applicants live in Leiria, one of the regions worst-hit by the forest fires that killed more than 120 people in 2017.

Responding to the development, André Oliveira, 12, said: “It gives me lots of hope to know that the judges in the European Court of Human Rights recognise the urgency of our case.”

“But what I’d like the most would be for European governments to immediately do what the scientists say is necessary to protect our future. Until they do this, we will keep on fighting with more determination than ever.”

“This is an appropriate response from the Court given the scale and imminence of the threat these young people face from the climate emergency,” he added.

By suing the 33 countries all together, the youths aim to compel these national governments to act more aggressively on climate through a single court order, which would potentially be more effective than pursuing separate lawsuits or lobbying policymakers in each country.

If successful, the defendant countries would be legally bound not only to ramp up emissions cuts, but also to tackle overseas contributions to climate change including those of their multinational enterprises.

The countries targeted include all of the European Union member states as well as Norway, Russia, Switzerland, Turkey, Ukraine and the United Kingdom, none of which are currently aligned with Paris agreement target to limit global temperature rise to well below 2 degrees C (3.6 degrees F) and pursue a limit of 1.5 degrees C (2.7 degrees F).

Climate Action Tracker rates most of Europe as “insufficient” in terms of its emissions reduction policies based on the Paris target, while Ukraine, Turkey and Russia are assessed as “critically insufficient” – meaning they are on track for a warming of 4 degrees C or higher.

The European Union has pledged to slash its emissions by at least 55 percent by 2030. But the Portuguese youth plaintiffs are calling for cuts of at least 65 percent by 2030, a level that European climate campaigners say is necessary to meet the 1.5 degrees warming limit.

The 33 countries must each respond to the youths’ complaint by the end of February, before lawyers representing the plaintiffs will respond to the points of defense.

“Nothing less than a 65 percent reduction by 2030 will be enough for the EU member states to comply with their obligations to the youth-applicants and indeed countless others,” Gerry Liston, legal officer with GLAN, said in a press release.

“These brave young people have cleared a major hurdle in their pursuit of a judgment which compels European governments to accelerate their climate mitigation efforts.”