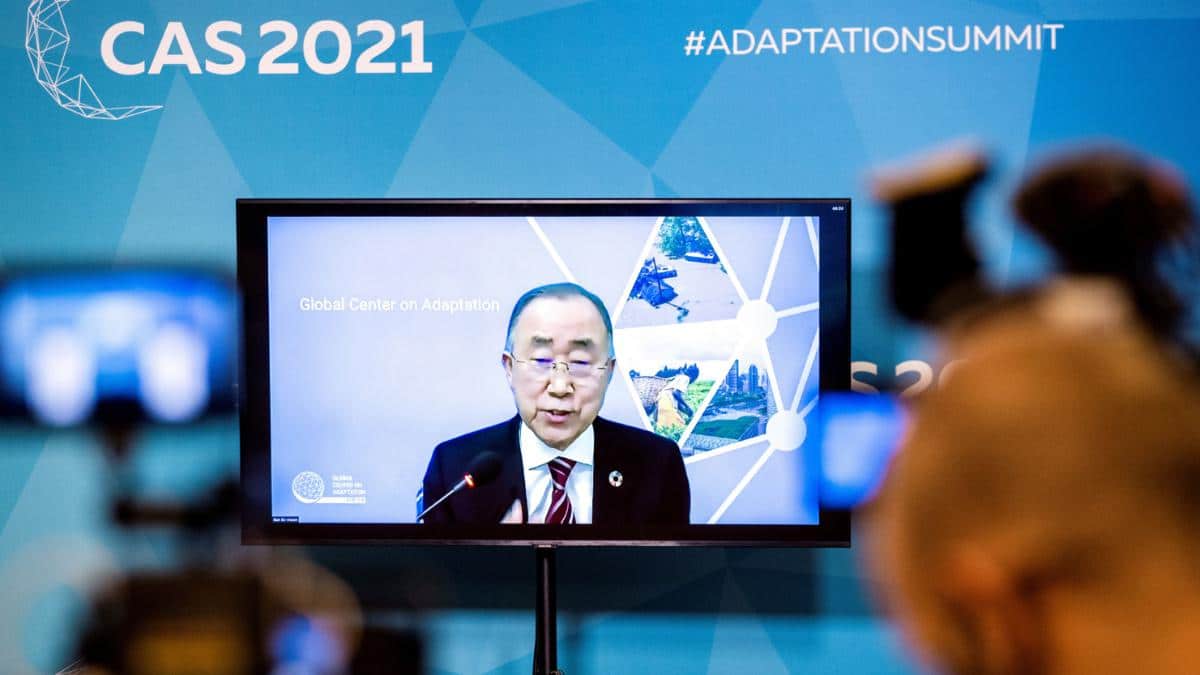 Ban Ki-moon, Secretary-General of the UN and chair of the Global Center on Adaptation, is seen speaking during a press briefing on the upcoming Climate Adaptation Summit 2021 to be held Jan. 25 and 26. Sem van der Wal / ANP / AFP/ Getty Images

The host nation launched the event by announcing a pledge to pump €20 million ( million) into a fund to help the world’s least-developed nations adapt to changes related to the climate.

A further €100 million (1 million) has been earmarked to support sustainable farming in Africa’s Sahel region.

The current and former heads of the UN Antonio, Guterres and Ban Ki-Moon, are also taking part in the meeting in order to produce an “adaptation action agenda.”

Kerry said on Thursday that he lamented the “wasted years” under Donald Trump’s presidency when little was done to slow climate change.

One of Biden’s first acts after entering the Oval Office was to sign an executive order to bring the U.S. back into the Paris Agreement.